Economic justice: for Jesus, not just a campaign slogan 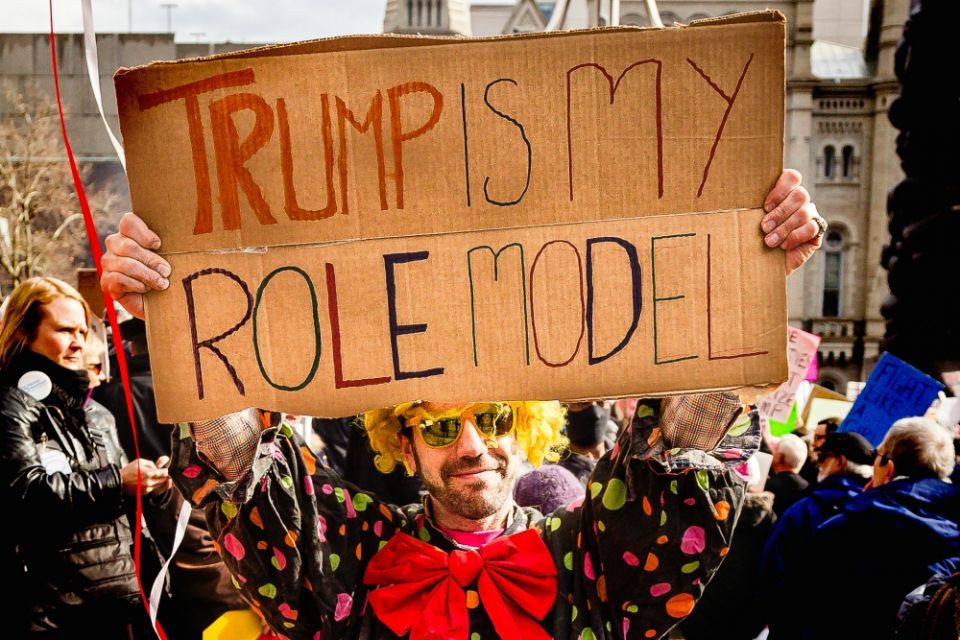 A protest against President Donald Trump in Philadelphia Jan. 26, 2017 (Wikimedia Commons/Mobilus In Mobili) 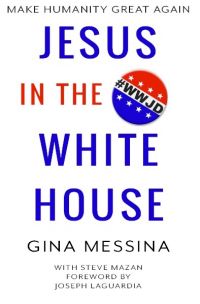 The premise is an intriguing one: What would Jesus do? Specifically, what would he do if elected to the American presidency and assumed the mantle of leader of the free world?

It's impossible to know, of course, but as a thought exercise, and as a refresher on Scripture (did he really say that?), Jesus in the White House: Make Humanity Great Again is both enlightening and a little bit humbling. Then again, if we're not humbled by Jesus' words and actions, then, as author Gina Messina writes, "we need to rethink either our positions or our faith."

Messina, a theologian and feminist scholar who teaches at Ursuline College, at times gets pulled off task by her dislike of President Donald Trump, seemingly forgetting in places that her thesis is to posit Christ's response to current events, not expound on her own. However, given the president's record thus far, one can hardly blame her.

The obvious subtext is, what would Jesus say to Trump? That's a conversation perhaps best not imagined!

The book, written with an assist from comedian Steve Mazan, who likely contributed some of its zippy one-liners, gets off to a solid start. Briskly recounting the 2016 Republican debates, Messina recalls that all of the candidates invoked God in their responses. This is Jesus the Republican mascot, "state-sponsored deity" and "American icon."

Democrats, for their part, trend secular, largely ceding God to the GOP. But Messina puts Jesus squarely in the independent camp, with core values of "love, inclusion, liberation, and social justice." And therein lies the rub. This Jesus, were he to find himself on the ballot and lay out his full party line, might suddenly be a lot less popular, especially, Messina argues, with good Christians.

For the historical Jesus was, to put it bluntly, a radical and a socialist. Born into marginalization, a refugee, a Jew living under the heel of Roman oppression, he challenged socioeconomic structures and social norms. This is most definitely not the blue-eyed Hollywood Jesus, the buddy Jesus, the Jesus you'd want to have a beer with.

This Jesus was deeply political, offering the Our Father as a rebuke to Caesar ("Only Caesar's name was to be 'hallowed,' " Messina writes); inviting the disenfranchised to the table (he was not strong on walls or borders); organizing laborers and the fishermen of Galilee (not his hometown of Nazareth), whose industry was heavily regulated and taxed by the state; throwing the money changers out of the temple.

This last act — his "temple tantrum" — Messina calls "a planned attack to protest economic injustice," one that "sealed Jesus' fate and led to his crucifixion." Turns out, it is the economy, stupid. Again and again, it comes back to economic justice, which was more than a campaign slogan, more than a plank in his platform. Jesus actually believed that stuff.

Which leads Messina to surmise what he might have to say about some of the other major issues roiling American politics today: health care, education, immigration, gun control, marriage equality, women's rights, capital punishment, #BlackLivesMatter and climate change. That pretty much covers the spectrum, as was Messina's intent.

She succeeds better with some than with others. The book was being written as Congress was trying to repeal and replace the Affordable Care Act, as well as Medicaid and Medicare. Messina hits the nail on the head when she asks, "May I suggest that perhaps government size is the wrong question on which to focus? Perhaps instead we should focus on the quality and purpose of government — compassion and care for the common good of all people. Wouldn't healthcare fit into that model?" 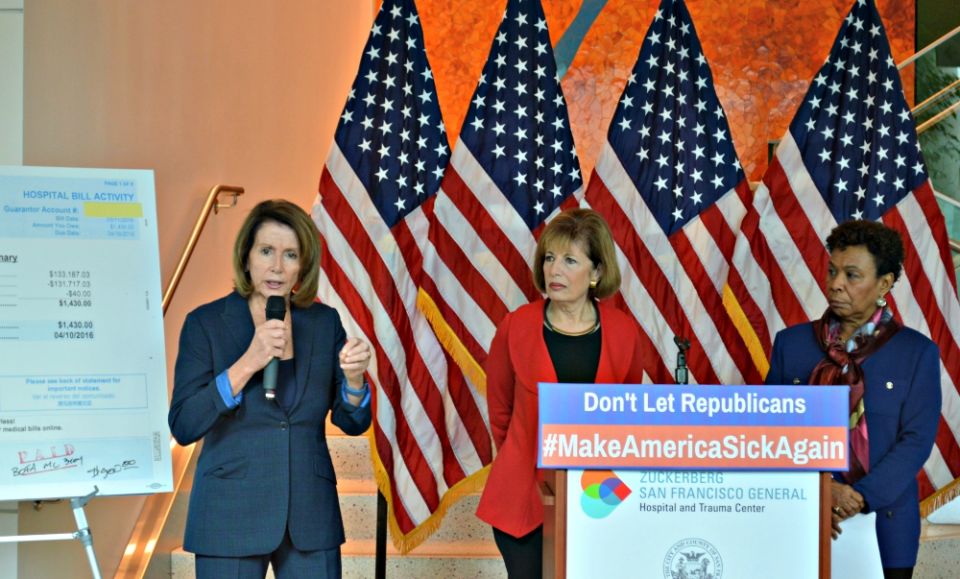 Likewise, Jesus would surely have seen the link between the education gap and economic injustice (Secretary of Education Betsy DeVos gets no love from Messina), and his sympathies would clearly lie with immigrants and refugees, "a population already suffering and in great need."

The Jesus thread gets a little lost in the conversations on reproductive justice, rape culture and #BlackLivesMatter, where it's mostly Messina's voice coming through, and she falls into the very trap she lays out earlier in the book: "We have been overly focused on creating a Jesus that mirrors ourselves." Her Jesus, like the author, is not only dismayed by Trump, but openly contemptuous of him, an altogether sane and human response to an insane situation.

But it's likely not what Jesus would do. And that's where we come to the limits of the thought exercise. We have the text, the parables, the differing Gospel accounts of his birth, the excruciating narrative of his death, and it's left to us to make sense of it all. We do this with greater and lesser degrees of success, every day, every minute.

Jesus is not in the White House — why on earth would he even want to be? — and one could plausibly argue that we aren't remotely worthy of him. If, in fact, we've gotten the leader we deserve at this point in American history, Messina is on to something with her directive to rethink either our positions or our faith.

Justice | Economic justice: for Jesus, not just a campaign slogan