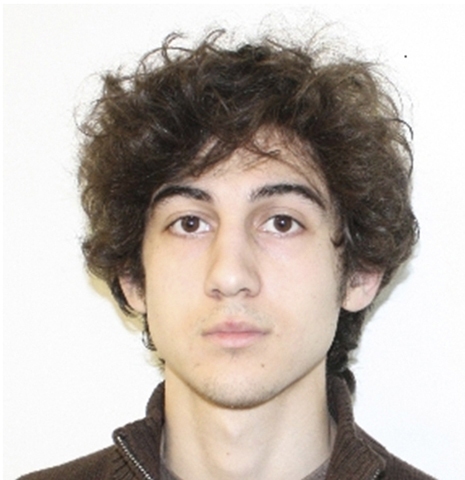 In light of the proposed death penalty for 20-year-old Dzhokhar Tsarnaev, "Jesus weeps ... again" at the injustice, the Conference of Major Superiors of Men said in a statement Wednesday.

"Christ calls us to love our enemies and travel the long, difficult, but humanizing and liberating road to reconciliation," the conference said.

The CMSM statement came in response to U.S. Attorney General Eric Holder announcing the federal government will seek the death penalty against Tsarnaev, currently being held in federal prison for his alleged role in the Boston Marathon attacks.

The Catholic church opposes the death penalty in nearly all cases, saying that "the cases in which the execution of the offender is an absolute necessity are very rare, if not practically nonexistent." For some, Tsarnaev's case is no exception.

"The death penalty is sort of an illusion (that) we can protect life by taking it," said Catherine Jarboe, director for Catholic State Networks and Organizations at the Catholic Mobilizing Network to End the Use of the Death Penalty. "We're perpetuating the cycle of violence."

CMSM said it weeps for "all the harm done" at the bombings in April, including the harm Tsarnaev and his family felt.

"Dzhokhar both significantly contributed to the harm yet also experienced harm," the CMSM said. "Our political leadership continues to deepen the harm and wounds by advancing the use of the death penalty."

CMSM is made up of the leaders of men's religious orders who represent more 17,000 Catholic religious brothers and priests in the United States.

Tsarnaev, along with his brother, Tamerlan, was accused of planting two homemade pressure-cooker bombs by the finish line of the Boston Marathon in April 2013, killing three and injuring some 260 people, according to The Associated Press. Tamerlan died in a police shootout several days later.

At a Feb. 12 hearing, U.S. District Judge George O'Toole Jr. scheduled a Nov. 3 trial date for Tsarnaev, the AP said. This date comes nearly a year prior to the earliest date his lawyers requested.

Jarboe said a key issue of the death penalty is that it "takes focus away from the victim and (puts it) squarely on the offender."

She also said the death penalty, which can take up to months and years of trials, delays the beginning of the healing process for the victims' families.

Prosecutors predict the trial itself will last 12 weeks, The Boston Globe said. After that, if Tsarnaev is convicted, it could take around six weeks to present evidence to jurors, who will either recommend the death penalty or life imprisonment.

The United States is one of few "developed" countries to allow the death penalty, the CMSM said, "which speaks to a serious cultural deficiency."

Thirty-two states practice death penalty as a legal sentence, a study from the Death Penalty Information Center said, as well as the U.S. Government and Military. Massachusetts does not practice the death penalty, but since Tsarnaev's actions constitute as a federal crime, his trial will occur in federal court.

"The nature of the conduct at issue and the resultant harm compel this decision," Holder said in a Jan. 31 statement.

The CMSM said restorative justice is the more dignified choice.

"The truth is that the death penalty fails to humanize our lives," the CMSM said. "The love is about increasingly becoming a people of empathy, compassion and the courage to transcend our destructive habits."

Apart from Tsarnaev's case, there have been other recent developments regarding the death penalty around the country.

On Feb. 11, the Wyoming Senate voted against considering a bill that would have allowed firing squads for execution, the AP said. State law allows lethal injection as the method of punishment, but Republican State Sen. Bruce Burns, who sponsored the bill, said states often struggle to acquire the appropriate drugs.

On Feb. 17, a pharmacy in Tulsa, Okla., refused to provide pentobarbital, a lethal drug, for the Feb. 26 execution of convicted killer Michael Taylor, who is on death row in Missouri. As of Thursday, the state of Missouri found a new supplier of the drug.