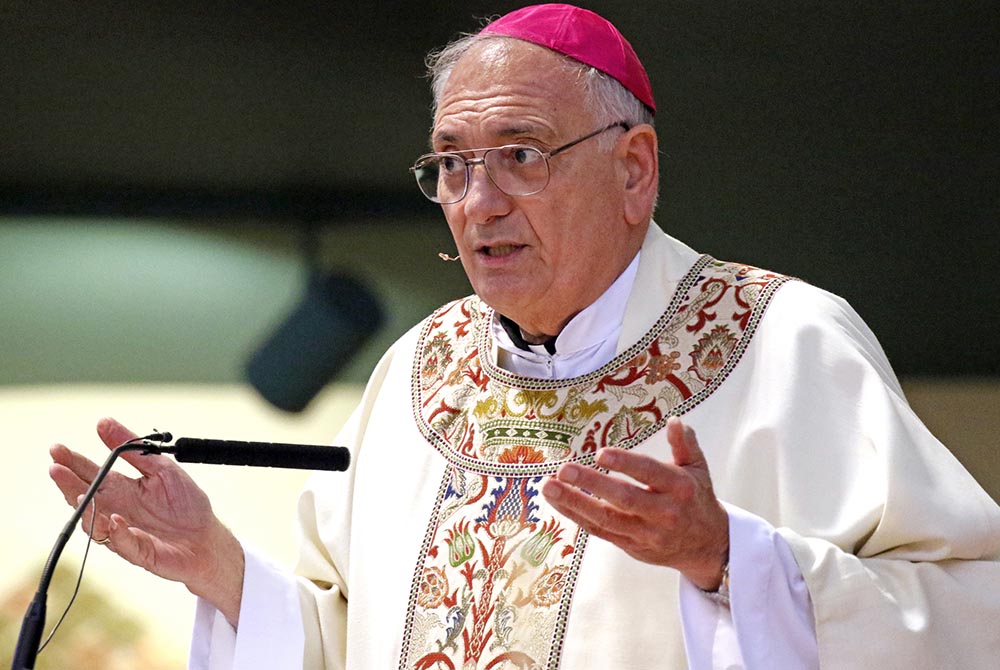 A second man has come forward to accuse Brooklyn Bishop Nicholas DiMarzio of sexual abuse. Samier Tadros, 46, alleges that he was sexually abused between 1979 to 1980, when DiMarzio was assigned as a priest to Holy Rosary Church in Jersey City, a part of the Newark Archdiocese. Tadros was around 6 years old at the time.

DiMarzio, who is currently under church investigation for a previous allegation of abuse, has denied the charges.

The allegations were made in a March 9 letter that Tadros' attorney, Mitchell Garabedian, sent to the Newark Archdiocese's attorney, according to The Associated Press.

Garabedian told NCR that Tadros came forward after hearing from a family member that another man had accused DiMarizio of abuse.

Mark Matzek accused DiMarzio of abusing him as a 12-year-old, between 1974 to 1975, when the bishop was a priest assigned to St. Nicholas Church, Jersey City.

"There is absolutely no truth to either of these allegations. I deny this outrageous and libelous claim," DiMarzio said in a statement. "I am ready, willing, and able to go to trial to defend myself."

Garabedian said both victims, Tadros and Matzek, want to testify against DiMarzio. Both men live in different states and have never met, said Garabedian.

In his statement, DiMarzio said the accusers are seeking $40 million in compensation. "We plan to challenge these allegations in court or in any other proceeding. I will never agree to a settlement of these claims." He also said, quoting his lawyer, that there is evidence that will exonerate him but did not specify what that might be.

DiMarzio's case is among the first to be conducted according to the procedures of Vos Estis Lux Mundi, a new church law approved by Pope Francis that went into effect last June.

The new rules call for an archbishop to investigate an accused bishop in his jurisdiction. Cardinal Timothy Dolan, the archbishop of New York, is investigating DiMarzio.

Garabedian has raised concerns over Dolan's handling of the investigation, and called into question his neutrality. In a Jan. 21 podcast Dolan had publicly commented that DiMarzio was a "good friend."

"Cardinal Dolan, through his admitted friendship with Bishop DiMarzio, and by not recommending that Bishop DiMarzio be placed on administrative leave, has shown a lack of neutrality with regard to the investigation of this matter," said Garabedian.

"With or without the existence of Vos Estis, claims against Bishop DiMarzio should be fully investigated. One doesn't need Vos Estis to know clergy sexual abuse is wrong, should be stopped and prosecuted," Garabedian told NCR.

According to The Associated Press, last November "Garabedian planned to file suit on Matzek's behalf in New Jersey. But he said he put the plan on hold after the Archdiocese of New York asked whether Matzek would cooperate with Dolan's investigation. Garabedian said both men, as well as a family member of Tadros, are prepared to answer questions from Dolan's investigators."

"The firm in turn has hired a risk management company founded by former FBI director Louis Freeh to assist in the inquiry," noted AP. Freeh's experience includes a 2011 investigation into Penn State University and the school's role in the handling of sex abuse charges against former football coach Jerry Sandusky.