by James Zogby
Opinion
Politics
This article appears in the Catholic Eye on Candidates feature series. View the full series. 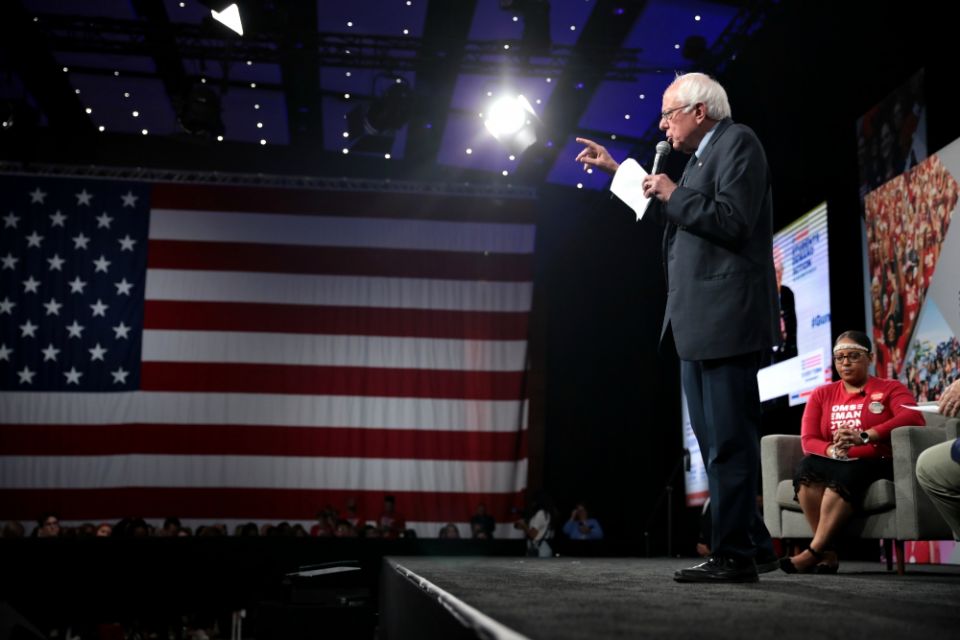 Editor's note: This is the fourth of a series of essays written by supporters of the five Democratic presidential candidates with the best showing in last week's Iowa caucuses, published alphabetically: Joe Biden, Pete Buttigieg, Amy Klobuchar, Bernie Sanders and Elizabeth Warren. The assignment: Write a Catholic case for your candidate focused on how Catholic social teaching/traditions — and/or your own conscience — have informed your choice. Once published, you'll find all the essays here.

To understand why I, a Catholic, am supporting Bernie Sanders for president, let me begin by sharing a little story about my mother, Celia Zogby.

It was back in the fall of 1996 and "Good Morning America" had come to my 89-year-old mom's home to interview her for a story they were running on Catholics and the November election. What they wanted to know was why she, "a typical Catholic senior citizen who goes to daily Mass," was voting for Bill Clinton for president.

In her responses to the reporter, Mom related how her life experiences had shaped her politics. Her words are as relevant today as they were 24 years ago. She told the reporter how, at the turn of the last century, it was the Democratic Party that welcomed and helped settle immigrant families like hers; how Democrats fought for unions and workers' rights. How Franklin Roosevelt's New Deal programs lifted the country out of the Depression; and finally, how Democrats led the fight for civil rights and social justice.

She concluded by saying that she would vote for Clinton because she believed, as a Democrat, that the role of government was to lend a helping hand to the vulnerable and those who needed a boost.

Toward the end of her interview, the "Good Morning America" interviewer attempted to throw Mom a zinger. She asked, "But you're a Catholic who goes to Mass everyday — how can you vote for Bill Clinton, when he supports abortion?"

Unfazed, my mother said, "Sure that bothers me." She noted that her opposition to abortion was real and part of her religious beliefs — but she added that her faith was her own and she didn't need the president to counsel her. The job of the president, she stated, was to "care for the vulnerable and those in need" — the elderly, the poor, the homeless and the unemployed. In these areas, she felt Clinton was doing the best job. So despite her disappointment with his stand on abortion, she said she would vote Democratic in 1996. 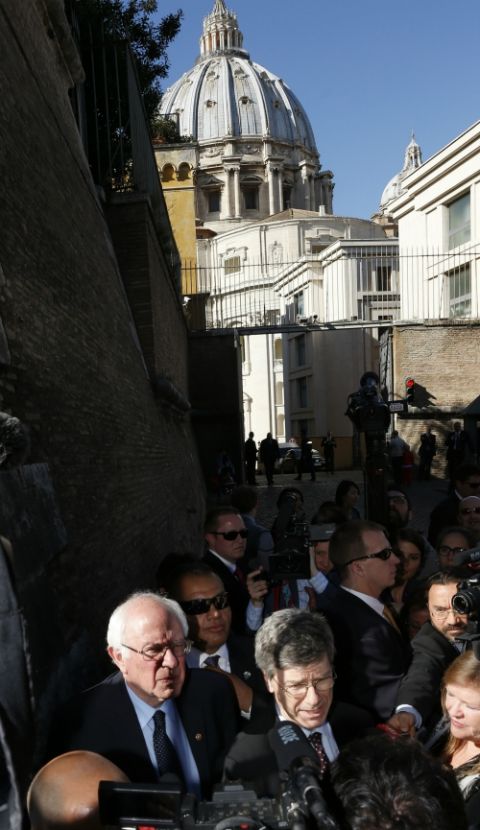 Sen. Bernie Sanders speaks to media outside the Vatican after delivering an address at a conference on Catholic social teaching April 15, 2016. (CNS/Paul Haring)

I believe that if my mother were alive today, she would love Pope Francis. And I believe that she would have sided with Chicago Cardinal Blase Cupich's proposal that the U.S. bishops' letter on "Faithful Citizenship" include Francis' reminder that as important as our concern with abortion may be, we must see as equally important our concern with the needs of those who are most vulnerable — the poor, the elderly, refugees, and victims of abuse and injustice.

Knowing her as I did, I believe that my mother also would be supporting Bernie Sanders in 2020. She probably would have been as delighted as I was when I heard the incomparable Dick Van Dyke say that he was supporting Sanders because he'd waited his entire life to vote for someone who would continue the work started by President Franklin D. Roosevelt. And she would have agreed with my wife, Eileen, who says that she's supporting Sanders because he is the most authentic, principled, compassionate and morally righteous candidate in the Democratic field.

Eileen and I went to a Jesuit college, where we met and were profoundly influenced by Daniel Berrigan. We grew up believing that our Catholic faith carried with it the moral injunction to oppose war, fight against injustice, and lift up those in need. And we are parishioners at Washington's Shrine of the Most Blessed Sacrament, where we delight in the homilies of Fr. Percy D'Silva as he speaks out against gun violence, racism, and the plight of refugees and immigrants.

When we hear the "angry" Sanders speak about the gross inequalities in our rigged economy or the horrors of war, we hear echoes of Berrigan. When we heard Sanders ask his supporters to "look around you and find someone you don't know, maybe someone who doesn't look like you," and then ask, "Are you willing to fight for that person who you don't even know as much as you're willing to fight for yourself?", we hear the echoes of the Christian message of D'Silva. And when we hear Sanders call for a revolution that fights for racial, social, political and economic justice, we hear echoes of Martin Luther King.

Let me be clear: I loved Cardinal Joseph Bernardin's "consistent ethic of life." I abhor the absence of any reasoned discussion on the issue of abortion. The two sides have become so polarized that they can no longer even see the humanity of the other. In this regard, the bishops are, at times, as much at fault as those whom they oppose — and I believe that no good is served in this bitter standoff.

But to be equally clear: I believe that the sanctity of life, which the bishops claim to uphold, continues after birth. And focusing on abortion to the exclusion of all the evils that threaten the quality and sanctity of the lives of the living is, in my mind, a betrayal of our Christian responsibility to be for others.

And so, like my mother who supported Bill Clinton 24 years ago, this year my wife and I will enthusiastically work for Bernie Sanders because we believe that his message resonates with our Catholic beliefs. He represents our best chance to build a majoritarian movement that can defeat the most dangerous president we have seen in America. And his election will help to create a more compassionate government that sees health care and education as human rights, and justice for all as a foundational value on which to build a better America for future generations.

[James Zogby, president of the Arab American Institute and managing director of Zogby Research Services, has been a member of the Democratic National Committee for almost three decades.]