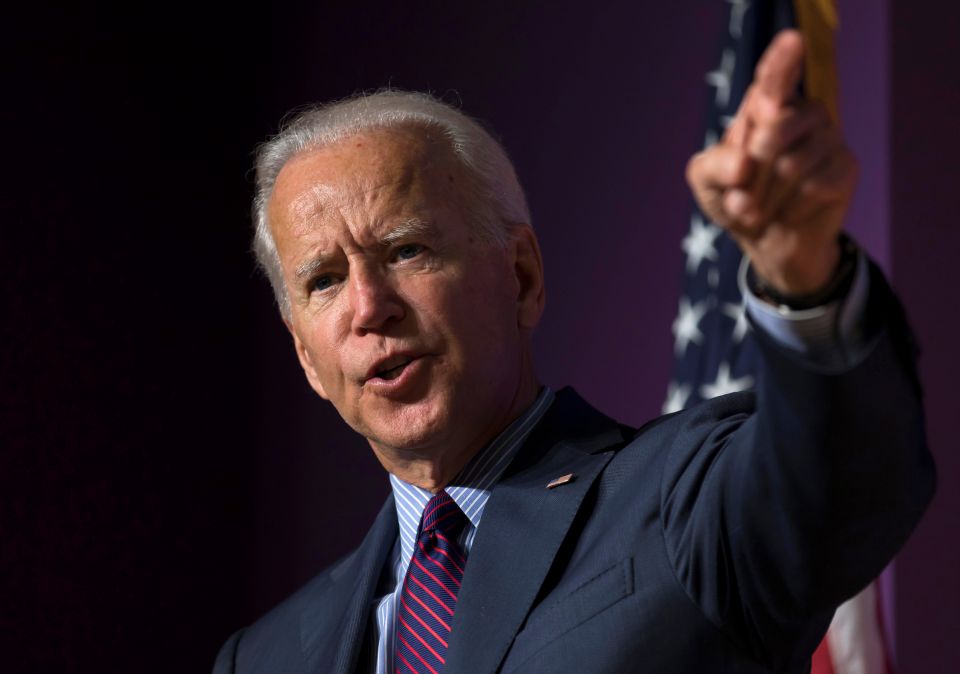 Editor's note: This is the first of a series of essays written by supporters of the five Democratic presidential candidates with the best showing in Monday's Iowa caucuses. We'll present them alphabetically, beginning with Joe Biden, followed by Pete Buttigieg, Amy Klobuchar, Bernie Sanders and Elizabeth Warren in the days ahead. The assignment: Write a Catholic case for your candidate focused on how Catholic social teaching/traditions — and/or your own conscience — have informed your choice.

In the Gospel of John, Jesus gave a final instruction to his disciples, "Love one another." Love is not just a command to those of us sitting in the pews but also to our leaders. Exhibiting love and compassion toward others is an important measure of character. Years ago, one political scientist likened the presidency to a "pontifex maximus," citing Ronald Reagan as a model. Upon leaving office, Republican Reagan won plaudits from Democrat Mario Cuomo: "By his personal conduct when he's shot, when he's told he has cancer, when he goes to Normandy — the way he's comported himself has been a moral instruction to my children."

Donald Trump hardly meets the presidential charge to act as a pontifex maximus. On Twitter, he relishes name-calling, denounces opponents as "scum," and threatens retribution to those who dare oppose him. Love may be Christianity's motto, but it hardly comports with Trump's politics of hate. The bishops instruct us that "all individuals, nations, and members of the global community have the duty to place the needs of others ahead of selfish desires to possess and exploit the good things that come from God." The ego-centric Trump presidency refutes their admonition against pursuing "selfish desires."

Former Vice President Joe Biden wants to restore the "soul of the nation." Such a restoration is urgent. In 2017, neo-Nazis, Klansmen, and white supremacists marched in Charlottesville, Virginia. A counterdemonstration ensued and a woman was killed. Following the melee, Trump declared that there were "very fine people on both sides." Describing the "crazed, angry faces illuminated by torches," Biden asserted that Trump "publicly proclaimed a moral equivalency …  between the neo-Nazis and Klansmen and those who would oppose their venom and hate," thereby emboldening white supremacists "with messages of comfort and support."

Monday night's Iowa caucus results were fraught with difficulties and did nothing to alter the state of the Democratic contest. What is unchanged is that Biden's candidacy speaks to the national necessity for a moral cleansing. Such a purification begins with the commandment, "Love one another." Trump's actions contradict Jesus's final command. In his first days in office, he issued a Muslim travel ban and began building a physical wall of exclusion. Such actions violate Christianity's command to welcome the stranger. Pope Francis warns that a "globalization of indifference" is afoot in the U.S. and elsewhere — an indifference that disregards what St. John Paul II called the "dignity of the human person."

Prior presidents often used their pulpits to call for mutual respect and tolerance. Writing to the Jewish congregants of Newport, Rhode Island, George Washington declared: "[T]he Government of the United States … gives to bigotry no sanction, to persecution no assistance." But under Trump, prejudice against Hispanic immigrants has resulted in children imprisoned in cages and transported to disparate regions — many never to reunite with their parents. As Francis instructs us, "God's word teaches that our brothers and sisters are the prolongation of the incarnation for each of us," echoing Jesus's words, "As you did it to one of these, the least of my brethren, you did it to me."

By engaging in a politics of bullying and exclusion, Trump has taken a sledgehammer to the idea that the president act as a "pontifex maximus." His Twitter rants, name-calling, and threats have emptied the presidency as a repository of moral instruction. Biden remembers his father repeatedly telling him, "Joey, there's no greater sin than the abuse of power."

Remembering that admonition, Biden entered politics as a civil rights champion, sponsored the Violence Against Women Act, embraced healthcare reform that refused to discriminate against those with "pre-existing conditions," and fought for hard-working families who wanted to give their children a foothold on the ladder of opportunity. 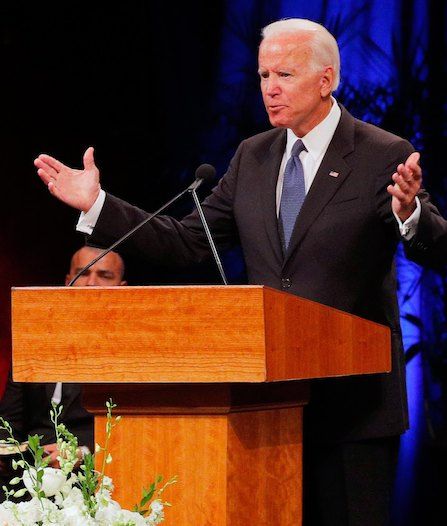 Assuming the presidency, Washington knew that the chief executive must exercise "visible virtue," arguing, "[T]he foundation of our National policy will be laid in the pure and immutable principles of private morality." No candidate better exemplifies Washington's charge than Biden. His story of triumph and tragedy is well-known. Despite unspeakable loss, Biden never lost his Catholic faith. Back in 2015, when his son, Beau, was dying of cancer, Joe and Jill Biden showed up at a 5 p.m. Mass at my church. There was no fanfare, no glad-handing with the congregants. Rather it was a couple in deep mourning, a private show of faith and resilience. Calvin Coolidge once said, "Character is the only secure foundation of the state." Joe Biden's private life and public acts are exemplary of just such a strong foundation.

No one should vote for Biden merely because he is a practicing Catholic. We are, after all, flawed human beings. Many, for example, will disagree with Biden's position on abortion. Such disagreement is understandable. But the number of abortions decreased during the Obama administration and have continued their downward trend. While Donald Trump has kept his promise to appoint pro-life judges, voters have a responsibility to consider the candidates in their totality. What happens outside of the womb is equally important as protecting the fetus. As Biden likes to tell audiences, "Don't compare me to the Almighty, compare me to the alternative." The bishops remind us that the core of Catholic teaching is centered on a foundation of love. Our daily witness to follow the Golden Rule is not just a command practiced in church. It is a directive to all who wish to inhabit the public square, and for everyone to bring a spirit of love and compassion to our civic dialogue.

Francis once said, "Politics, though often denigrated, remains a lofty vocation and one of the highest forms of charity, inasmuch as it seeks the common good" (EG 205). Biden echoes these sentiments, writing: "Scripture is clear: It's not enough to just wish the world were better. It's our duty to make it so." The first task to make that better world is to restore the soul of the nation. This cannot occur by stoking the flames of hate. Instead, the next president must be a balm for healing who can create what the bishops call a "civilization of love." However, constructing that society is not just a job for those sitting in the pews. It is a responsibility the next president must also exercise. When that happens the presidency will, once again, become an office of "visible virtue."

No one candidate truly won the Iowa caucuses

Election 2020: How seven climate-conscious young Christians are deciding their vote

Your thoughts on current political news