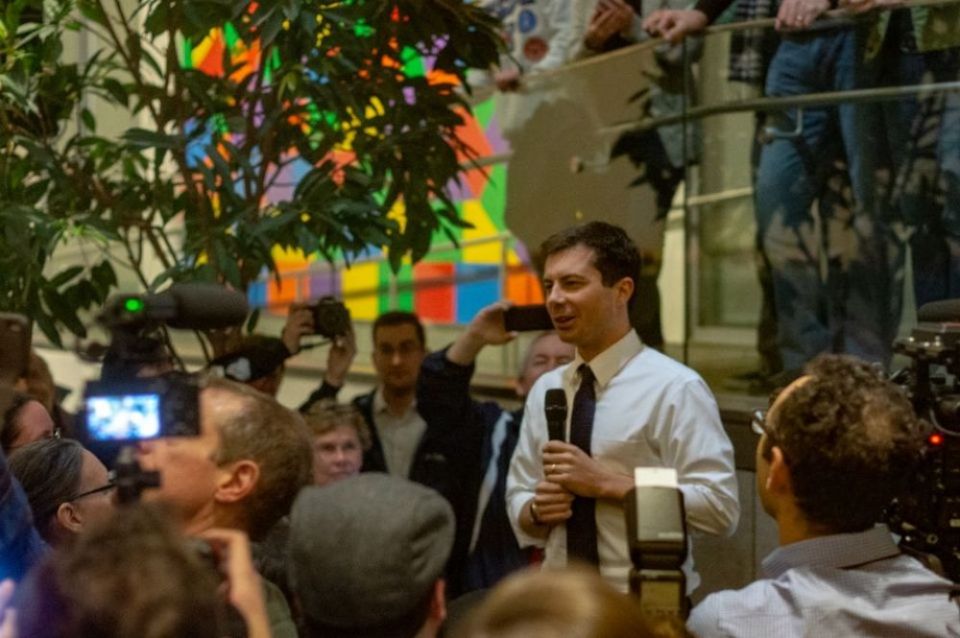 Editor's note: This is the second of a series of essays written by supporters of the five Democratic presidential candidates with the best showing in Monday's Iowa caucuses, published alphabetically: Joe Biden, Pete Buttigieg, Amy Klobuchar, Bernie Sanders and Elizabeth Warren. The assignment: Write a Catholic case for your candidate focused on how Catholic social teaching/traditions — and/or your own conscience — have informed your choice.

When Pete Buttigieg announced his candidacy for the presidency in April of 2019, some wrote him off as too audacious, too inexperienced, too unknown to be a serious contender. Even after his surprising ascent from virtual unknown to top-tier candidate over the past 10 months, many wondered whether a 38-old man with a funny name and a husband (!) could prove his mettle on the national stage, especially against three seasoned veterans who have been household names for years.

Though it's a long haul from Iowa to the Democratic nomination, any doubts about Buttigieg's viability as a serious candidate were laid to rest when results from Iowa were finally announced.  As it did for Barack Obama in 2008, Iowa has shown the nation that the future might well rest with someone with an unlikely personal background and a hopeful vision for all that America could be.

As someone who has followed Buttigieg's career since he was first elected mayor of South Bend, Indiana, in 2011, who attended his very first public event in Brooklyn the day after he announced his presidential bid in April, and who has worked as his volunteer Catholic engagement coordinator since November, I have come to know Buttigieg's character, his heart, his decency and his values.

I'm supporting him for the presidency because I believe his vision for the nation has the best chance of moving us in the direction of a more just and peaceful society, one that advances the reign of God on Earth.

I'm supporting him as a Catholic who, having carefully considered the guidance to Catholic voters from the U.S. bishops' conference, the 42-page "Forming Consciences for Faithful Citizenship," has concluded that Buttigieg's stance on issues aligns more closely with those favored by the Church than that of any other candidate.

Let's start with the obvious: There is no presidential candidate in the 2020 cycle whose views align fully with the positions of the Catholic Church.

Some might focus on Buttigieg's support of abortion rights or his marriage to a man as fundamentally disqualifying him. I do not think it's possible to conclude that the bishops' guidance or Catholic faith tradition is disqualifying someone from the presidency while assessing as worthy other candidates who may be divorced or who may hold views contrary to the church.

Short of a "perfect" match between Catholic principles and a candidate's platform, it might be tempting to adopt a mechanistic approach to selecting a candidate. But a robotic, issue-by-issue assessment is not what the bishops' document or our faith asks of us. Even accepting the exhortation to accord extra emphasis on life issues, I am hard pressed to find a just way to assess the dignity of the individual person being treated inhumanely at the border as differentially valuable than the dignity of life in the womb or the dignity of the elderly at the end of their life.

Without a perfect "match," where does that leave us?

The bishops exhort us Catholics to take "into account a candidate's commitments, character, integrity, and ability to influence a given issue." The document "Forming Consciences" urges us to "consider a candidate's integrity, philosophy, and performance" and to "analyze campaign rhetoric critically" and "according to principle."

Positions on issues matter, of course. They are signposts for policy preferences and priorities. But the day-to-day governance imperatives of a presidency are about much more than policy preferences and "plans." Presidents set a moral tone for the nation. They call us to the best and most virtuous versions of ourselves or, alternately, invite us to indulge the ignoble, base and selfish tendencies that are part of our sinful, human condition. 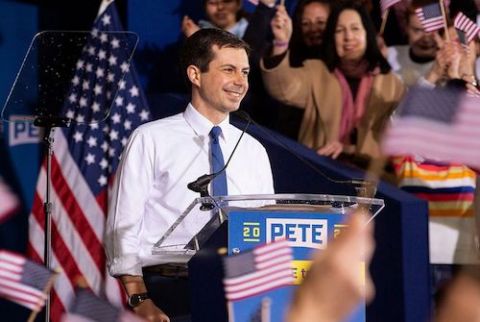 As I interrogate the positions and the integrity, character and campaign rhetoric of the candidates, the choice for Buttigieg becomes clear. Even as he disagreed with pro-life Democrat Kristen Day on last week's FOX News town hall, he did so with respect and integrity, stressing differences arrived at in good faith and offering a basis for shared understanding.

From Mayor Pete's earliest days on the campaign trail, he has asked his staff and followers to abide by 10 basic Rules of the Road — respect, belonging, truth, teamwork, boldness, responsibility, substance, discipline, excellence and joy. They invite something different from the politics that have dominated the national political landscape for far too long. There is something deeply Catholic in their DNA: honoring the dignity and inherent worth of fellow citizens, striving for truth, taking responsibility for ourselves and our decisions, being bold in word, deed and action, radiating joy. No other political campaign — Democrat or Republican — has made the case for faith and values in as full-throated a way, placing them front-and-center in their campaign. No other campaign has argued so vociferously that the way it achieves its policy ends will matter as much as the policies themselves.

From the moment the 2020 campaign cycle began, Buttigieg has comported himself with compassion, kindness and integrity, all of which reflect glowingly on the Catholic education he received in South Bend and on the Christian faith (he attends an Episcopal church) he speaks about frequently.  Buttigieg is the only candidate who regularly connects policy to Scripture and policy to faith.

During the campaign, Buttigieg has built a movement whose bedrock is belonging. In my interactions with the campaign as the volunteer Catholic engagement coordinator, I've seen colleagues who reach out to persons of every race, creed, gender, age, sexual orientation, gender identity and ability level with acceptance and belonging, a sense that each person has a role to play in the life of the nation.

Buttigieg resists the temptation to "otherize" his opponents — whether they be Republicans or protestors at his rallies — as "evil" or "bad" or "depraved."  He has spoken of the ways in which each human being possesses inherently good and inherently bad components, urging political leaders and average citizens to find ways to nurture the good and to root out the bad.

The bishops write, "In public life, it is important to practice the virtues of charity and justice that are at the core of our Tradition." The more I examine the bishops' document and the candidates, the more Pete emerges as the candidate whose values, personal conduct, integrity, and vision speak to my own conscience, a conscience that has been formed in faith, community, prayer and personal experience.

[Robert C. Bordone is a senior fellow at Harvard Law School where he served on the full-time faculty for more than two decades. He currently works as a mediator and educator.  He also volunteers as the Catholic engagement coordinator for the Pete Buttigieg campaign.]