Keen's book on ethics and LGBT relationships is thoughtful, considerate 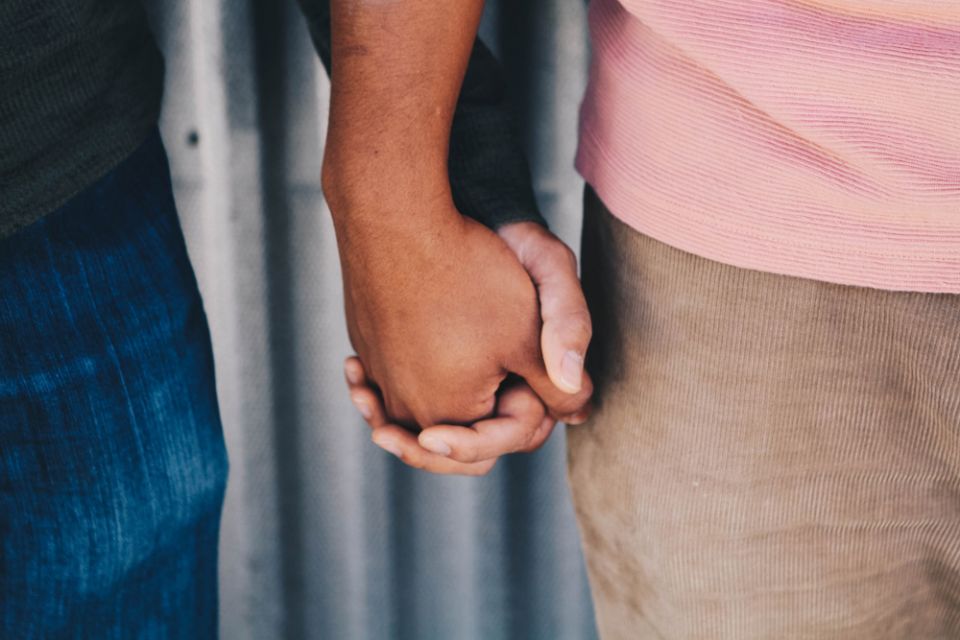 Karen Keen's new book Scripture, Ethics and the Possibility of Same-Sex Relationships is not the kind of book I ever thought I would read. As a rule, moral theology bores me. Nor do I consult evangelical Protestant theologians with any frequency. But, with LGBT issues continuing to play a large role in our country's cultural and political debates, I decided to read Keen's book, and I am glad I did because it is thoughtful, comprehensive and considerate of other points of view, qualities that are too often lacking in culture war debates. This is no rant, but it is a throwing down of the gauntlet to those Protestant theologians whose arguments against same-sex relationships are, in Keen's view, grabbing at straws.

Keen starts with an overview of the history of Christian attitudes towards gay and lesbian persons. "Throughout much of history, the church has understood same-sex attraction and relationships as signs of spiritual depravity and disease," she writes. "The twentieth century brought challenges to this perspective, including new research indicating that same-sex attraction is not the result of mental illness. Similarly, gay and lesbian people increasingly testified that their lives did not match these negative assumptions."

Within this overwhelmingly depressing account of bias against gay and lesbian people, Keen discerns some unintended consequences that have helped bring the unrelentingly negative assumptions into question. For example, evangelical Christians embraced the belief that gays could be converted, and highlighted the "ex-gays" who had returned to orthopraxis. Yet, Keen notes, "ex-gays were able to challenge the stereotype that being gay was only a rebellious behavioral choice. Ex-gays persuasively testified that they had never chosen their same-sex attraction." 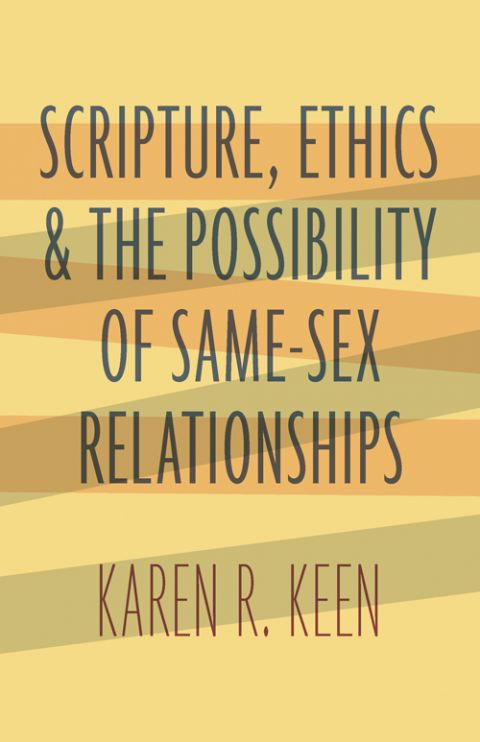 Keen undertakes a deep dive into ancient Jewish and Christian thought, examining as well the ambient cultural beliefs about same-sex attraction. She notes that the Hebrew Scriptures are exclusively negative in their treatment of gay people, or more specifically gay men: The Hebrew Scriptures are silent on the subject of women sleeping with women, which testifies to the protological understanding of human sexuality that produced the anti-gay teachings of Jewish and other ancient legal norms in the Middle East. If you believe, as these ancient cultures seemed to do, that sperm is a limited commodity and that the family and the community need young men to work the fields, then men sleeping with men and masturbation are both understood to be threats to the entire community.

Conversely, the Greco-Roman world evidenced a tolerance for pederasty. Readers familiar with John Boswell's seminal work in this area, and published in his book Christianity, Social Tolerance and Homosexuality: Gay People in Western Europe from the Beginning of the Christian Era to the Fourteenth Century will be familiar with this, to us, bizarre approach: The key distinctions for these pagans was between being the active or passive sexual partner, and there was no shame in an adult citizen having sex with a young man or male slave, provided the older citizen was the active partner.

Keen notes the various reasons the Bible proscribes gay sex, from the belief that it resulted from an excess of passion as St. Paul seemed to think, to the lack of procreative potential noted above. She also notes the scholarly disagreements about the degree to which male prostitution in pagan rites was part of the rationale. So, if the Bible says that same-sex relations are wrong, is there anything to debate? Yes, there is. "Part of the debate is whether the reasons the biblical authors give for rejecting homoeroticism are universal. For example, even traditionalists recognize that some rules in the Bible are culturally specific, such as women wearing head coverings. … Another possibility is that the biblical authors do not specifically address peer same-sex relationships as an ethical issue." Here, I could not help thinking of the famous episode of "The West Wing" in which President Josiah Bartlet confronts an anti-gay Bible thumper. Bartlet is not as balanced or gentle as Keen, but the point is the same: Too many traditional theologians cite biblical injunctions as authoritative while dismissing other biblical norms.

Keen believes that most serious theologians, liberal and conservative, agree on why the biblical authors condemned same-sex relationships. "The crux of the current debate is gender and anatomical complementarity," she notes and points us to the first Genesis creation account — "male and female he created them" – in which heterosexual marriage is seen to be not only a juridical norm, but embedded. Several key New Testament texts support this view: Matthew 19:1-6, Mark 10:1-9, Romans 1, Ephesians 5:22-32; and Revelation 19:7-9. She looks at each of these texts in turn, and the arguments that both traditional and progressive theologians draw from those texts. There are nuances that need to be considered, such as the introduction of the ideal of sexual abstemiousness and celebration of virginity in the Christian Scriptures (and in the early church).

Keen is at her best when she recognizes the value in both sides of an argument yet points out the difficulties of the more traditionalist position. So, for example, she stipulates that male-female complementarity and subsequent procreation is undoubtedly a good thing, recognizable as a "creation ordinance," but wonders if sexual differentiation or covenanted relationship is the key biblical norm. And she has no truck with fallacious arguments drawn from otherwise significant biblical data:

Traditionalists sometimes argue that sexual differentiation is required for marriage in order to prevent a slippery slope into immorality. If we allow gay people to marry, then everyone will want to marry their pets, siblings, and half the college class. But differentiation is not the basis for protection against these things. Israel's own history is a testimony to that. Polygamy was not rejected by the biblical authors until the Greco-Roman period after the Greeks introduced monogamy to the ancient Near East. Scripture gives other reasons besides sexual differentiation … to explain why people should not engage in polygamy, incest, bestiality, adultery and divorce.

Keen goes on to examine how Jesus interpreted certain Jewish laws, and his emphasis on discerning human need as a relativizing requirement for the law. She takes up and largely dismisses the idea that celibacy is the only moral possibility left open to gay people. And, she places the discussion of the origins of homosexuality in a larger discussion of what we mean by "the Fall." All of this is well done and, again, generous to those positions with which she ultimately disagrees. Nor is she uncritical of some progressive positions. An example of her even-handedness is found in these sentences:

Many traditionalists worry that accepting gay couples would demand giving up God's design of male and female. But supporting covenanted same-sex relationships in no way discounts the beauty of male-female complementarity. Traditionalists are right to say there is something incredibly meaningful about what women bring to the world as women and what men bring to the world as men. While some voices argue for same-sex relationships by deconstructing sex and gender, such efforts are a well-meaning but misguided method of countering discrimination (a la the "love is color-blind" fallacy). We can affirm the reality that most people are born heterosexual males and females and acknowledge that people can experience other types of sexual development.

Keen will not throw out the baptismal water with the baby. Careful reading of the biblical texts do not obviate norms, still less invite a Foucaultian deconstruction of gender. Perhaps, being gay is more like being left-handed than being an example of spiritual or physical fallenness.

The Catholic will recognize how different this book is from our own moral tradition, rooted in natural law as well as Revelation for most of the church's life. But, it is well written and accessible: If I had a gay nephew or niece who was wondering how to reconcile their sexuality with their faith, I would give them a book like this as an introduction to the issues they must consider. Keen offers thoughtful discussions of these topics, and if everyone, traditionalist or progressive, approached these fraught issues with her consideration, we may not come to agreement, but we might take some of the heat out of the culture wars.

What we say and how we say it