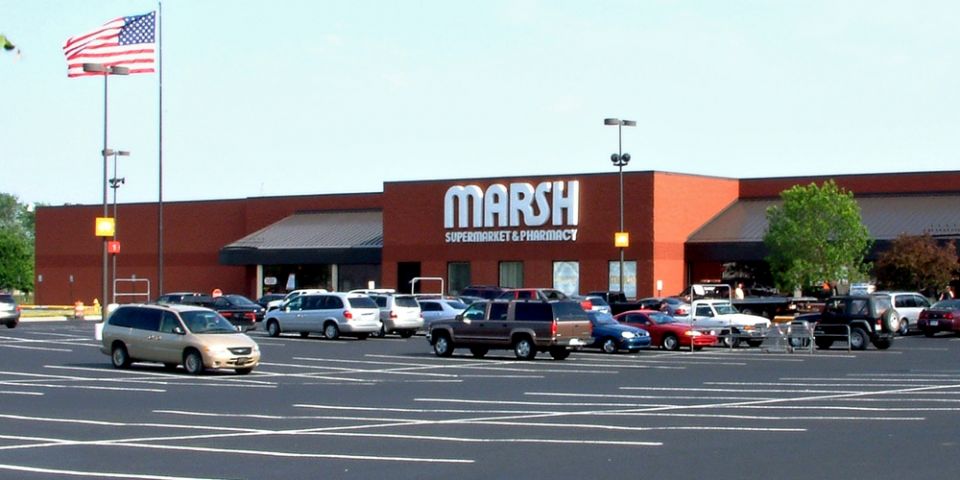 In The Washington Post, an article about a grocery chain, Marsh Supermarkets, that failed. The investors got their money back, but the company shorted workers, their severance and their pensions, $80 million. This is why people in Middle America were so angry they were willing to vote for Donald Trump: His promise to blow things up does not frighten them because pleas to "save the economy" in 2008 never extended to the rural economy where these people live. They applaud him when others criticize because he is "breaking the rules," rules that never took account of their livelihood. Unfortunately, democratic norms should not be equated with Wall Street expectations in terms of their worth, not even in rural America.

Also at the Post, Chico Harlan on the efforts of Steve Bannon and Benjamin Harnwell, founder of the Dignitatis Humanae Institute, to start a training school for culture warriors in their image in an old monastery in central Italy. Note that they have a patron: "The nominal advisers to his Human Dignity Institute think tank include Cardinal Raymond Burke, Pope Francis's highest-profile opponent."

You do not have to travel all the way to Collepardo, Italy, to find an example of extreme moral repugnance affecting the life of the church. Raymond Arroyo named Archbishop Carlo Maria Viganò as the "best person of 2018." Did Arroyo not see the tissue of misstatements and lies that characterized Viganò's testimony? Did he forget how he tormented Pope Benedict XVI? Did he miss the story about an Italian court ordering the archbishop to pay back his brother, whom he swindled? Arroyo is now a regular guest on FOX News, so I suppose he is brushing up on his ability to deliver alternate reality as news and that ability is no doubt improving. Will no U.S. bishops stand up and insist that this man be yanked off the air?

At least one non-American cardinal has become fed up with Arroyo. After the resignation of Vatican press spokesman Greg Burke, Arroyo complained on Twitter that "the recently appointed Italian team saw the devout American as an obstacle to whatever their plans are for a coordinated coms front." Cardinal Wilfred Napier, of Durban, South Africa, is no liberal. In fact he was championed by Arroyo and company for his opposition to any development of doctrine at the Synod of Bishops on the family. But he rightly responded to Arroyo: "The poor Vatican and poor Pope Francis, they will never do anything right as long as they focus on matters that affect the Universal Church rather than the interests of the USA?"

The resignation of @GregBurkeRome as Director of the Vatican Press Office suggests that the recently appointed Italian team saw the devout American as an obstacle to whatever their plans are for a coordinated coms front. Huge challenges ahead for them. https://t.co/0dVhfRIE2c

The poor Vatican & poor Pope Francis, they will never do anything right as long as they focus on matters that affect the Universal Church rather than the interests of the USA? https://t.co/wOnWpJND1M

In Foreign Affairs, Massimo Faggioli explores the shifting narratives among U.S. Catholic conservatives, specifically how they seek to place Francis within the context of Catholic modernity and why. Faggioli is right that the right is inconsistent and that part of the reason is that their political ideology, unlike the Catholic theological tradition, is not supple. The other part is that so many Catholic conservatives conflate "the tradition" with some perceived "golden age" of Catholicism in the mid-20th century, but the first thing you realize when you really study the tradition is that there are no golden ages.

In The New York Times, Lin-Manuel Miranda returns to Puerto Rico to play the lead in his hit show "Hamilton." The article captures some of the challenges that the island still faces, as well as the strong love that all Puerto Ricans have for the island, even those who, like Miranda, never really lived there apart from summertime visits as a child. Some people criticized Miranda for supporting Promesa and its efforts to restructure the island's debt, but he was right and they were wrong. Regrettably, since the change in the governorship and the influx of post-hurricane relief money, the debt plan has gotten worse, not better, so it may be time to withhold support again, but Miranda was right to support it when he did.

There is only one reason to read the Catholic Herald, the U.K.-based outlet that has recently opened a shop in Washington, D.C., and that reason is to be appalled. But even I was surprised by this attack on The New York Times that is more than a little tinged with anti-Semitism, authored by a man who has previously explained his sympathies for the Wehrmacht. As U.S.-based right-wing groups intermingle with European-based right-wing groups, we will see some clashes, not least about the residual anti-Semitism of the right in parts of Europe.

Two essays by E.J. Dionne over the holidays deserve a second, even a third read. The better of the two looks at why people turn to nationalism and how globalism, as opposed to internationalism, really has left many millions of people feeling powerless. There is no reason a good liberal can't be a nationalist, if we recognize the dangers of nationalism and check them with both the universalism and the particularism of liberalism as it has been exercised in the culturally Christian West.

The other essay argues that there is a way for Democrats to get identity politics right. I wonder. The identity politics of the first half of the 20th century certainly demonstrated how to do identity politics, but today the idea of identity has been nearly drowned in the academy and it is used to obliterate both the universalism and the particularism that has been the hallmark of the Christian left. Instead, it stops with the group, and it is invoked almost always to claim a kind of privileged hermeneutic. Mixed up with Foucaultian ideas about power, it becomes rubbish, the fashionable name of which today is "intersectionality." As politics, it is doomed to fail and should fail. Leon Wieseltier hit the nail on the head, observing in his great 1994 essay "Against Identity":

Identity is very social, but it is not very sociable. For the definition of the individual that it provides is not least a negative definition, a definition not only in terms of what one is, but also in terms of what one is not; and such a definition of the same will often be experienced by the other as a rejection. Identity is an insulation; a doctrine of aversion; an exaltation of impassability. The bad news (and for democrats, the good news) is that the insulation is never adequate. The borders are permeable, and strange gods slip across.

Luis Miranda: He gets the job done

Anti-Semitism in US spikes after nearly a decade of decline