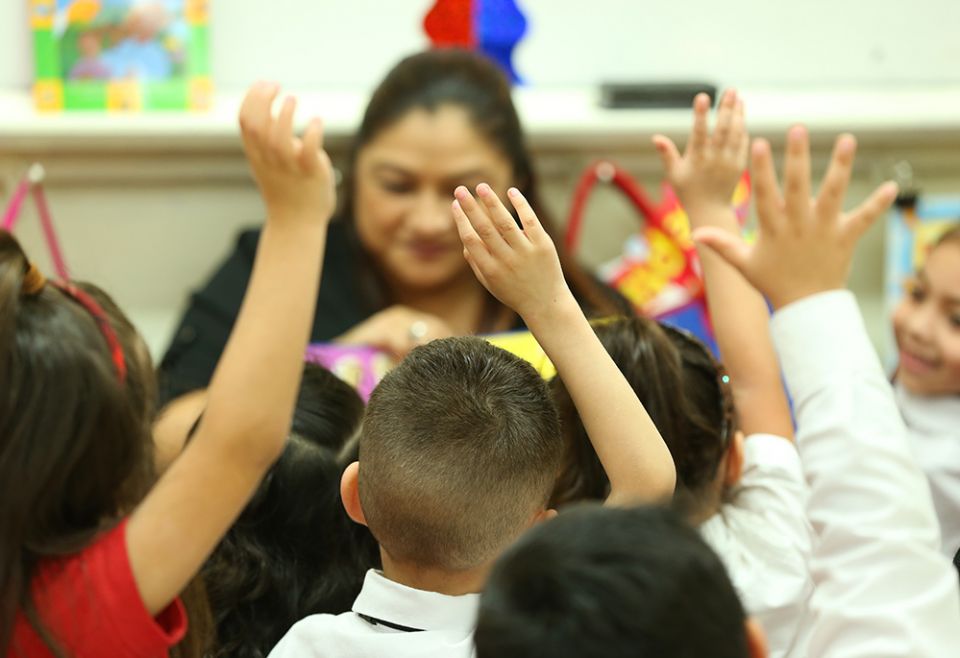 For many people in the United States, saying or hearing the words "Hispanic" and "Catholic schools" in one sentence is almost an automatic invitation to ask: How can Catholic schools "help" the Hispanic community? The question is rather common. There is no doubt that Catholic schools can do a lot for all our children, Hispanic and non-Hispanic — and historically have done much to educate millions of children in the U.S.

Yet, we must acknowledge some problematic assumptions undergirding the question. For instance, Hispanics are mainly on the receiving end of the benefits that Catholic schools offer; the education of Hispanic children in Catholic schools is an exercise of benevolence rather than a responsibility of a community to educate its own children for the good of church and society.

Catholic schools, mostly staffed by white teachers and leaders, have a proven way of educating that effectively leads to some form of Americanization. If Hispanic families want their children to "make it" in this society, many believe enrollment of their child in Catholic schools will help them succeed.

It is time for a different type of conversation, one that focuses instead on the agency and contributions of Hispanics to Catholic schools. It is a fact that tens of thousands of Hispanic families make the commitment every year to fund — fully or partially — the education of their children in Catholic schools. Dioceses, schools and philanthropic organizations are enriched with the presence of a growing body of passionate Hispanic leaders who are constantly advocating for and educating families about the value of Catholic education.

But perhaps the most exciting expression of Hispanic agency spawning renewal in Catholic schools is the presence of nearly 14,612 Hispanic teachers and leaders serving in these institutions throughout the country (about 9% of all Catholic school educators in 2020-21).

Hispanic educators are the focus of a new national study from Boston College in which we served as the principal investigators. More than 300 Hispanic educators working in Catholic schools nationwide participated in the study via surveys, interviews and focus groups.

The report, "Cultivating Talent: A Summary Report of Findings From the National Study Examining Pathways to Increase the Presence of Hispanic Teachers and Leaders in Catholic Schools," was released Jan. 31.

This is the first study of national scope that takes an in-depth look solely at this particular sector of Catholic school educators, and we could not have chosen a better moment to do it. Catholicism in the United States is being profoundly transformed by the nearly 29.1 million Hispanics who self-identify as Catholics, together constituting about 41.6% of the 70 million Catholics in the country.

The majority of Catholics younger than 25 are Hispanic, a reminder that the present and future of Catholicism, and that of our Catholic schools, will largely depend on how we engage this population and affirm their agency.

While the presence of Hispanic families fluctuates as their children go through their schooling, Hispanic educators are a more permanent presence. On average, a Hispanic teacher has served in Catholic schools for 13 years — 17 years in the case of Hispanic school leaders. Such longevity gives these educators the distinctive opportunity to influence school practices, curriculum, pedagogies and institutional commitments. 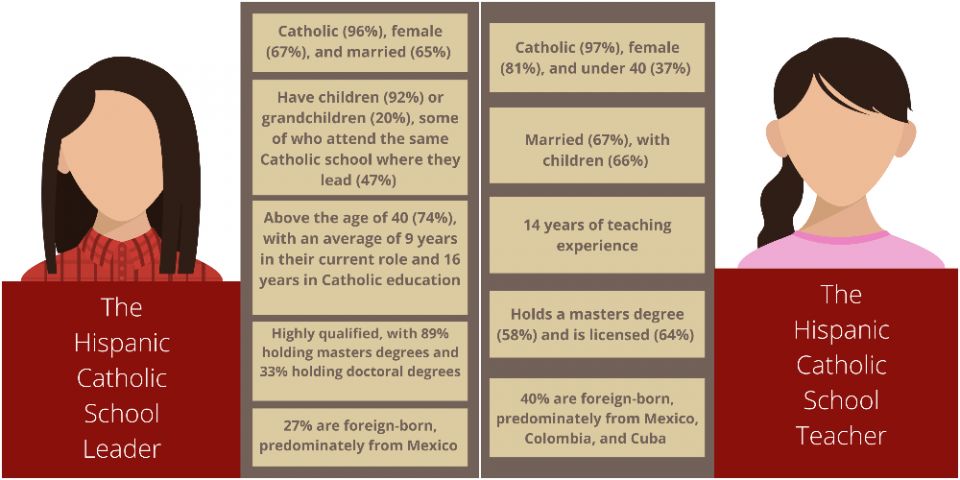 Graphics from the report "Cultivating Talent: A Summary Report of Findings From the National Study Examining Pathways to Increase the Presence of Hispanic Teachers and Leaders in Catholic Schools" (Courtesy of Roche Center for Catholic Education, Boston College)

Here are five ways in which Hispanic teachers and leaders are being instruments of renewal in Catholic schools:

Yet, in recent years, the profile of the Catholic educator has been changing. In 2016, 7% of educators in Catholic schools were Hispanic. Today, 9% are — and this percentage is growing. The presence of Hispanic educators enriches the entire school community. As we observe in our report, their presence engenders a particular sense of trust among Hispanic and other minoritized students that facilitates relationships integral to academic success.

Gente puente / Bridge builders. Hispanic teachers in our study strongly see themselves as gente puente for other Hispanic families (85%), students (83%) and fellow teachers (75%). This sense of being a bridge builder is even stronger among Hispanic school leaders.

While being Hispanic creates a natural bond with students, families and colleagues who are Hispanic, bridge-building skills are not limited to working with the Hispanic population. Hispanic educators serve the entire Catholic school community, the church and even their neighborhoods as connectors, negotiators, brokers, interpreters and architects of communion. 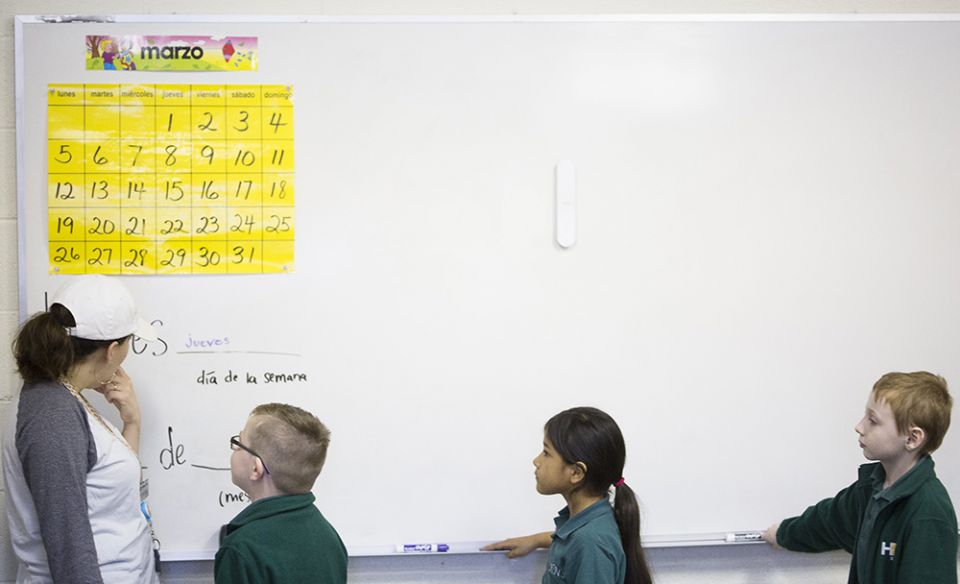 As gente puente, Hispanic educators understand the value of mentoring other educators, especially from minoritized communities. They serve as doors into a future where being a Hispanic educator in Catholic schools is no longer a novelty.

Bilingualism. Of the tens of millions of Catholics in the U.S. who are de facto bilingual, the majority speak English and Spanish. Bilingualism is a gift to the church and to our pluralistic society. Hispanic educators make bilingualism in Catholic schools a habitual reality that transcends the curriculum by modeling that bilingualism is a way of life that draws constantly from the cultural worlds that languages are capable of unveiling.

Bilingual educators also play an important role in accompanying students who hear and speak languages other than English at home. These educators mediate linguistic barriers, particularly with immigrant families, and help make the transition into Catholic school life a process that does not require denying their linguistic heritage or becoming someone else to fit.

Bilingual educators also are the foundation of dual-language programs such as those in the institutions associated with the Two-Way Immersion Network of Catholic Schools (TWIN- CS), sponsored by Boston College.

Internationalization of perspectives. At a time in which rising nationalistic sentiments and a lack of understanding of global realities seem widespread, Catholic schools can play an important role providing an education that looks at the bigger picture, and Hispanic educators can be instrumental in this regard. 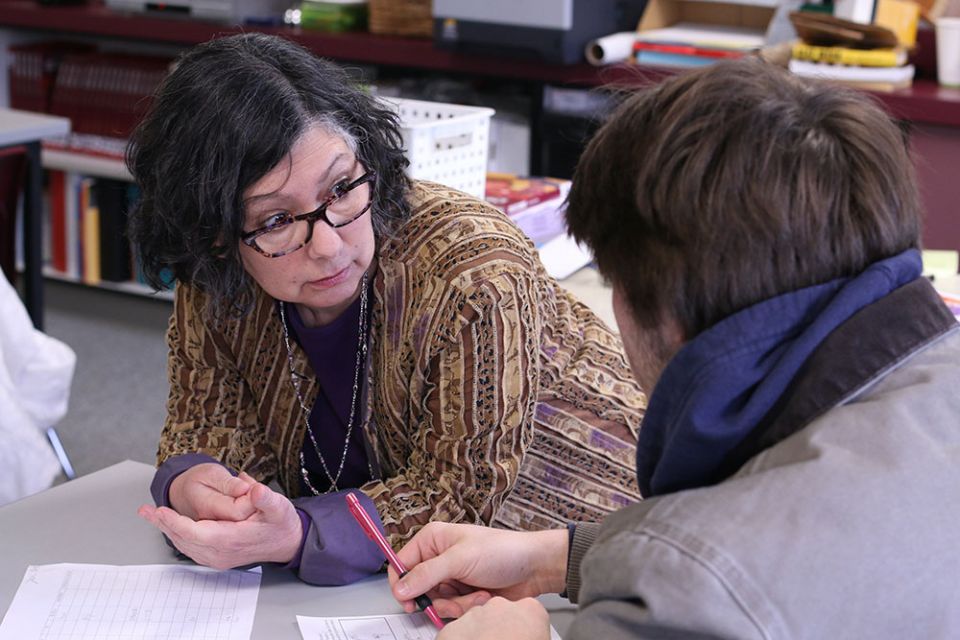 Teacher Claudia Raffaele, an immigrant from Argentina, is seen with a student at Jesuit High School in Portland, Oregon, in 2017. (CNS/Catholic Sentinel/Katie Scott)

About 40% of Hispanic teachers and 27% of Hispanic leaders in Catholic schools are immigrants, with a rich heritage from nearly every Spanish-speaking nation, mirroring the backgrounds of students and families in their communities. Their presence enriches the Catholic educational experience in the U.S. with views and experiences that have the potential of cultivating solidarity with countless communities beyond our borders.

An expanded sense of advocacy. Nearly all the Hispanic educators participating in the study (98%) expressed the conviction that working in Catholic schools was a way to contribute to the common good.

According to our study, about half (48%) of Hispanic educators actively engage in advocacy about concerns related to the Hispanic community, such as food security, access to education and immigration. About 40% also advocate for high quality education for public school students. Their advocacy reminds us of the many concerns and challenges that millions of Hispanics in the U.S. face every day.

We invite Catholics to spend some time with our report and engage in conversation with others about what you find relevant. Our hope is that when you say or hear the words "Hispanic" and "Catholic schools" in the same sentence, the first question that comes to your mind is the following: In what ways are Hispanics transforming Catholic schools in the U.S. and how can we join their efforts as we envision fresher ways of doing Catholic education in light of their experience?

Editor's note: This article incorporates excerpts from the 2022 Boston College report "Cultivating Talent: A Summary Report of Findings From the National Study Examining Pathways to Increase the Presence of Hispanic Teachers and Leaders in Catholic Schools." 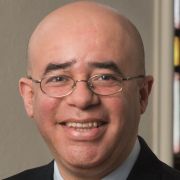 Hosffman Ospino is a professor of theology at Boston College, where he chairs the Department of Religious Education and Pastoral Ministry. He has conducted several national studies on Hispanic Catholics.

Melodie Wyttenbach is the executive director of the Roche Center for Catholic Education at Boston College.