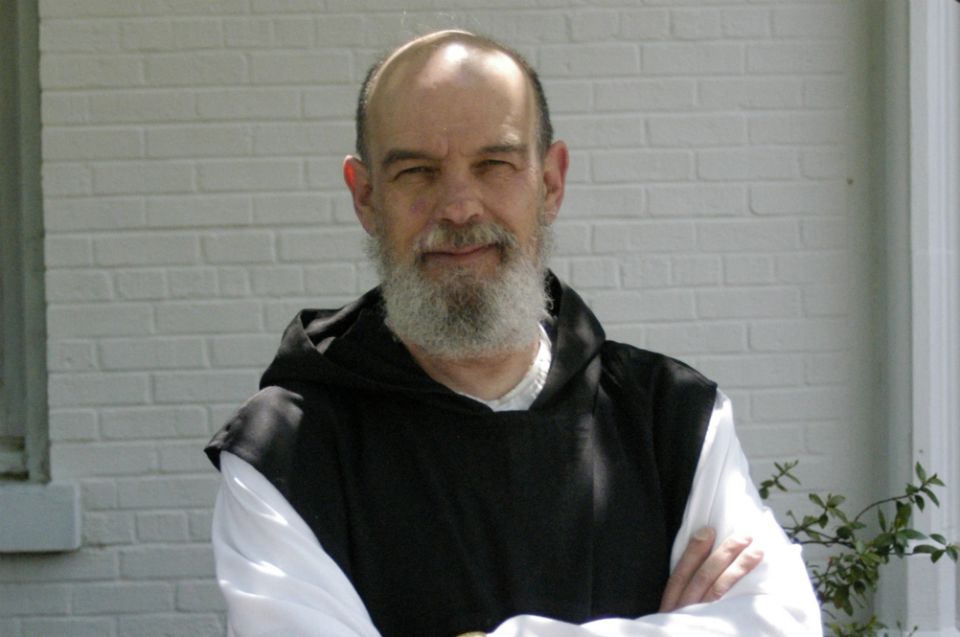 When one of us dies, we all die just a little bit. Just as when one of us is born, we are all reborn in a way. Trappist Fr. James Stephen Behrens, who died on Aug. 15, the feast of the Assumption, taught me both of these truths through his ministry and his writings, including many stories and essays first published in the National Catholic Reporter.

Behrens died suddenly and unexpectedly from complications from a lung biopsy procedure (yes, his lifetime of smoking finally did do him in). He was just back home at the Monastery of the Holy Spirit in Conyers, Georgia, after a very un-Trappist-like trip around the world on tramp steamers and other vehicles.

I had talked with him a week earlier about a new book of his photographs he wanted me to publish. Feeling no sense of urgency, we talked about everything but the book: our families, life in the monastery, the state of the church and the nation, and where we were experiencing the divine presence these days.

I have two great stories about Jeff (his parent-given name, before he took as his religious name the name of his twin brother, James, who had died in a car accident as a teenager). The first story involves my youngest son, Zach. When he was about 9 years old, Zach came with me on one of my business trips, which took us to Jeff's monastery. Zach has never forgiven me for this, because he wanted to do something exciting, certainly not stay in a place where a bunch of men got up at 3 every morning to pray.

But Jeff recognized that Zach would hate his trip with his father unless he stepped in, and so he did. He commandeered the only golf cart at the monastery, and he and Zach went flying all over the property until, at one point, Jeff jumped off and let Zach fly around by himself. (I didn't find out about this until much later.) But that was Jeff: alert to what was going on around him and trying to make things a little more grace-filled in any way he could.

Then there was the time Jeff came to visit my wife, Kathy, and me in Chicago. I think he was having one of his many "discernments" about whether or not he really wanted to be a monk, so he arrived in civilian clothes, unshaven, and maybe a little hung over. He had a car, so I told him to follow me from my office to our house, where we were to have dinner.

I am pretty good about leading someone through traffic, so I thought I had him in my rearview mirror until I arrived at our house and the car that was following me (not Jeff's) kept going. This was before cellphones, and Jeff did not have our address.

It turned out that at a certain point he had followed the wrong car, so when it pulled into a driveway, so did he. The woman he was following was rightfully anxious, especially when Jeff jumped out of his car wearing a sweatshirt, jeans and a three-day growth of beard.

Before she could say anything (or scream), Jeff sized up the situation and reassured her: "It's OK, ma'am. I'm a monk! Do you know where the Pierces live?"

In fact, the woman did (Chicago is a small town in some ways), so she called our number and said to Kathy, "There's a man here who says he's a monk and is coming to your house for dinner." We drove over and got him.

Jeff was 71 years old when he died. A monk of 25 years and a priest of 45 years, he served as a priest of the Archdiocese of Newark, New Jersey, for more than 20 years before entering the Trappist monastery in 1994.

He was born in Brooklyn, New York, after his parents relocated from New Orleans. Most of his youth was spent in Montclair, New Jersey, which is the focus of many of his essays.

His obituary in The Georgia Bulletin said that Behrens' writings "reflect on the significance of the ordinary, the sacredness of what comes our way every day and seems to recede from our grasp. His fresh, down-to-earth reflections show how modern monasticism can have a powerful impact on the lives and spirituality of people living far beyond cloister walls."

I was honored to publish many of Jeff's stories and essays and photographs over the years. They always carried the message of St. Thérèse of Lisieux: Everything is grace.

The first piece I ever read by him was published in NCR in 1989. It was titled "Andy's Diner" and was about the holiness of the people who frequented a New Jersey greasy spoon. Here is how he ended the essay:

If the church does go bankrupt in terms of personnel and cash, I would suggest that it collapse into diners all over the country. Bishops, remaining priests, gurus, ministers, rabbis, and swamis could find spot at counters across the country and just listen, feel welcome, and be friendly.

There would be no dead rectories or manses to return to, nor would there be the need to return for ceremonies because there would be no congregation. They could go to work to offices and factories, to schools and garages, to banks and computer terminals, and discover one another in diners.

And please, do not seek to impose sacred words or sacred rituals in such places. They are already there. No need to "point out" the religious significance of diners. That seems to function best when left unaddressed.

At the end of "The Coney Island Pub," the last story in his collection titled Grace Revisited, Jeff wrote what I will always consider his own obituary: "As my friend and I drove out of the pub and onto the road, there was another sign: 'Leave with Gratitude and Care.' I certainly did."

[Gregory F. Augustine Pierce is the publisher of ACTA Publications in Chicago, which published several books by Trappist Fr. James Stephen Behrens, including the recent Where God Is at Home, with poems by Franciscan Sr. Irene Zimmerman and photographs from around the world by Behrens.]