I'm a Filipina American and racism makes me afraid for me, for my family 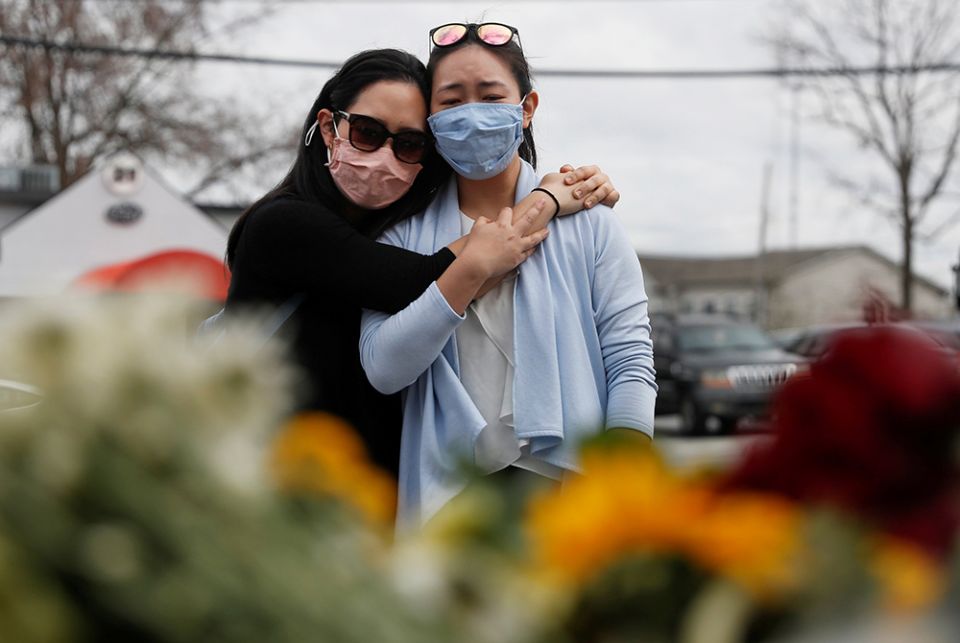 I could be the next victim of anti-Asian hate.

I am a Filipina American living in Chicago. Following one of the latest violent attacks against Asian Americans — a 65-year-old Filipina beaten by a stranger as she walked to church in Manhattan — I thought about my mother and aunties. I have so much anger, so much rage at the realization that any of us might be the next victims.

The New York attack is just one of the many that have happened across this country over the past year. My community is facing various tragedies, from the pandemic that rages on to the hate-fueled rhetoric people needlessly and carelessly associate with the virus. Recent numbers shared by Stop AAPI Hate show that there were nearly 3,800 instances of discrimination against Asian Americans in the last year.

I learned about the mass shooting in Atlanta in March through text messages from friends and family. They all relayed the simple but all too familiar words: "I'm afraid."

This is a time when Asian Americans need their leaders to stand up and provide a bold defense. President Joe Biden introduced a nearly $50 million plan to address this type of violence. But where is the Catholic Church in these times of crisis? During the early months of the pandemic, the U.S. bishops' conference put forth a statement regarding discrimination and xenophobia that members of the Asian American community experienced. Members of the bishops' conference shared concerns for many communities whose members had experienced racism. But statements need actions behind them to move toward transformation.

Racism against the Asian American community needs a louder, unified and more renewed message of hope and an even stronger course of action by our leaders.

The U.S. bishops' document "Open Wide Our Hearts" addresses important forms of racism and calls for justice. However, the document makes no reference to the Asian-American community. I barely notice myself, or my ancestors, in the pastoral statement.

Targeting Asians in America isn't an emerging trend. Anti-Asian sentiment dates back to the Page Act of 1875 and the Chinese Exclusion Act of 1882, both policies passed by our nation's leaders to curb Asian immigration.

Filipinos were put on display at a Philippine village exhibit titled the "Philippine Exposition" at the 1904 World's Fair in St. Louis, as if we were beasts to be examined. Later, Japanese Americans were forced into internment camps after the attack on Pearl Harbor.

In 1982, Vincent Chin, a Chinese American man, was murdered in Detroit by two white autoworkers who felt threatened by Japanese auto imports.

The same year that "Open Wide Our Hearts" was released, the U.S. bishops' conference published a document that addressed the specific needs of the Asian American and Pacific Islander communities, titled "Encountering Christ in Harmony." The document described the gifts of the AAPI community. In a section that refers to racism, it reads, "Asian and Pacific Island Catholics need to remind the larger ecclesial communities that all are invited to the table."

I wonder how issues of racism from an anti-Asian American lens can make it into one document but not into another. If we are to be more intentional about broadening the U.S. perspective experience, then we have to make sure all voices are included from the inception of a document through the histories we tell through our documents.

How would such a document center experiences like mine?

My earliest experience of racial trauma happened in a Catholic school.

I was testing for entry into a kindergarten in the San Francisco Bay Area — specifically, the school attached to the parish where I was baptized and attended Mass each week.

The offhand comments made to my family were, "There were already too many Filipinos in the school." Undeterred, my parents stood resolute in our faith and enrolled me at a different Catholic school. It turned out to be a great school, but also a place where I had the classic "Asian lunchbox story." In the first grade, a classmate told me my food was gross because I had chicken and rice. Filipino BBQ chicken was my dad's specialty, but I was made to feel ashamed that my food wasn't good enough. I thought about asking my parents for sandwiches just to avoid being teased.

It was the 1980s and I was only a 6-year-old Filipina American, but already racism had traumatized me.

As a young adult in the Bay Area I'd also heard remarks such as "Where are you from?" or was told that my "English is good." My brother experienced racism also in his work as a restaurant server when a customer once called him a "Chinaman."

I need my son's world and church to be more equitable and inclusive than the one I grew up in, and the one we live in today.

As a mother of a Black and Filipino child I can understand in the deepest places within my heart that we as a church must actively and consistently continue to analyze how racism has affected Black Americans. This work, however, must be done in a way that rejects a Black/white binary that excludes how racism affects communities like mine.

I need my son's world and church to be more equitable and inclusive than the one I grew up in, and the one we live in today.

I wish to see local and national leaders, who are committed Catholics, learning more about Asian American history and culture and uplifting our stories in their communities. Our non-Asian brothers and sisters can perhaps take a deep dive and read Asian American authors and poets to hear our struggles and better understand the depth of racism that has always existed toward us. Perhaps even understanding how to disrupt a hate crime when you see it happening before you. These hate crimes against the AAPI community are not a new phenomenon.

Catholics, from religious classrooms to youth ministry gatherings to parking lots after Mass, must attempt to understand the depths of racism to hear how we have overcome and continue to struggle in this way. The work of undoing and growing to become more anti-racist is difficult, and people are rightfully afraid.

But we Asian Americans are scared too — we fear the violence deployed against our women, men and children.

It is time for our non-Asian brothers and sisters to act and to do better. Clarissa Valbuena Aljentera will be teaching a summer class at Boston College School of Theology and Ministry on anti-racist ministry in a Catholic context.

Commentary | I'm a Filipina American and racism makes me afraid for me, for my family

White supremacy and me and you