Love holds no place for subordination 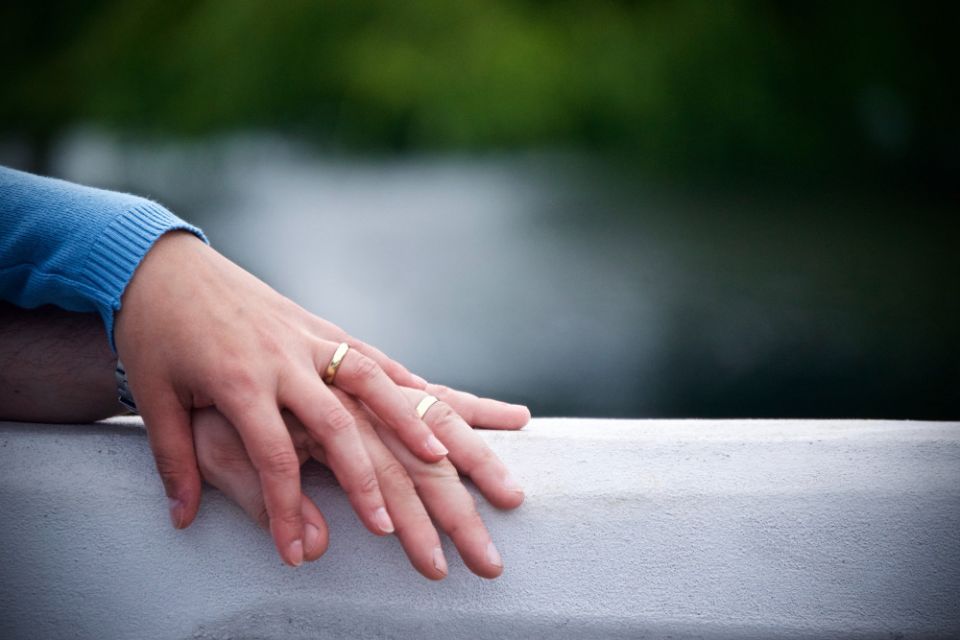 The church felt warm and welcoming on the feast of the Holy Family this past December. Before Mass began, I offered my usual prayer to be open to the graces of the liturgy. Soon after, my heart abruptly closed as I listened to the epistle reading. After proclaiming St. Paul's instruction to "put on heartfelt compassion, kindness and humility" in his letter to the Colossians, the lector read, "Wives, be subordinate to your husbands, as is proper in the Lord" (Colossians 3:18).

It had been years since I'd heard these words proclaimed in a church. This time, the message seemed even more offensive than in the past. For months, we've been hearing a host of women speaking out about sexual harassment, abuse and impropriety at the hands of powerful men. We've also heard women saying, "Time's up," meaning the time has come when this behavior is no longer being tolerated and women are no longer remaining silent.

Webster's dictionary defines subordinate as "inferior to or placed below another in rank, power, importance, etc." Instructing wives to be subordinate to their husbands perpetuates the idea that women are to be submissive to men and contributes to a culture of male dominance. This kind of thinking opens up a Pandora's box to the subjugation of women on a broader scale. Indeed, if women are considered inferior to their partner in marriage, they are sure to be treated as inferior in the larger society.

St. Paul's words were written in a time when women were considered inferior to men. But times have changed. Why, in this day and age, are Catholic Churches still proclaiming Scripture readings that support an understanding of women as subordinate?

One reason is because they can. The lectionary for the feast of the Holy Family offers three options for the epistle reading. The Colossians reading can be proclaimed with Verse 3:18 telling wives to be subordinate. But the lectionary also offers a more merciful option that omits this verse and ends with the instruction, "Whatever you do, in word or in deed, do everything in the name of the Lord Jesus" (Colossians 3:17). And the lectionary provides a third option of choosing a different reading altogether (Hebrews 11:18-19).

If you read Colossians 3 in its entirety, you'll see that it gives instructions to slaves, saying, "Slaves, obey your human masters in everything" (Colossians 3:22). We don't hear this part proclaimed from the pulpit because it's not included in the lectionary. If we did hear it, we'd recognize that the reading is outdated. We might object when we realize the church is accepting slavery by proclaiming Scripture that tells slaves how to behave.

So why does the lectionary include Scripture regarding wives that is also outdated and objectionable?

The subordination of women in the context of marriage is inconsistent with church teaching and pastoral practice. The Catechism of the Catholic Church refers to marriage as a partnership between a man and a woman and speaks of mutual love (1602, 1604). The nuptial blessing offered during the Catholic wedding ceremony prays, "May her husband entrust his heart to her … acknowledging her as his equal and his joint heir in the life of grace."

We can take a simple yet substantive step in this direction by no longer proclaiming Scripture texts that subordinate women.

Pope Francis develops this message of mutual love further. In his apostolic exhortation Amoris Laetitia, he writes about married love as "a union possessing all the traits of a good friendship: concern for the good of the other, reciprocity, intimacy, warmth, stability and the resemblance born of a shared life. Marriage … shares everything in constant mutual respect."

Expanding upon this notion of married love, he writes, "Love trusts, it sets free, it does not try to control, possess and dominate everything. This freedom, which fosters independence … can only enrich and expand relationships."

This kind of love holds no place for subordination.

The pope's understanding of love as a force that does not control, possess or dominate is a message sorely needed in church and society today. This kind of love in the context of marriage supports equality between spouses and encourages growth individually and together. This kind of love that enriches and expands relationships promotes healing and holds the power to transform.

We have a long way to go in changing our culture from one where sexual misconduct against women is widespread and tolerated to a culture where women are treated with dignity and respect. The church has an important role to play in bringing about this transformation. We can take a simple yet substantive step in this direction by no longer proclaiming Scripture texts that subordinate women. Better yet, let's remove these texts from our lectionaries altogether.

[Nancy Small is a hospice chaplain, spiritual director and the author of Seizing the Nonviolent Moments: Reflections on the Spirituality of Nonviolence Through the Lens of Scripture. She and her husband, Carl, Oblates of the Benedictine Sisters of Erie, live in Worcester, Massachusetts.]