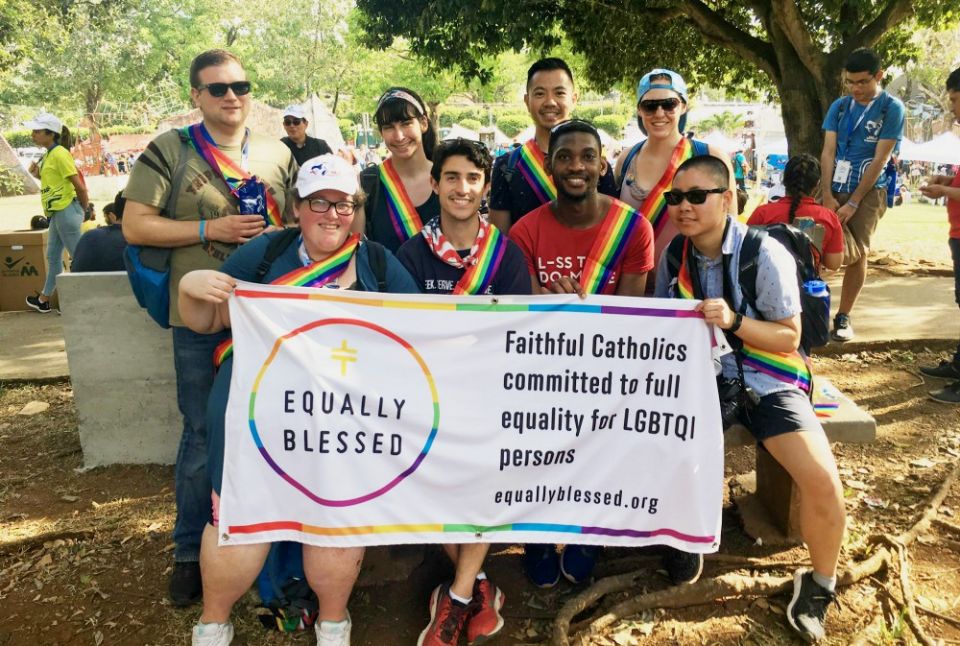 Panama City — All my life, the only thing I ever wanted to do is work for the church. And for eight years, I did. Working in youth ministry, I eventually became the director of religious education for a low-income parish in Indianapolis primarily serving a Latino immigrant community. I thought I would do this for the rest of my life.

Then I met the woman who is now my wife. I didn't plan on meeting her. I didn't try to meet her. When we met, I had a no-dating rule. I fell in love with her despite my best efforts not to. Because of her, I am a better person. And there is much more joy in my life than before we met. We encourage each other and have each sacrificed deeply for the other. My wife is getting me closer to heaven, and I hope I am doing the same for her.

But from the moment I realized I loved her, I knew I would have to choose between her and my vocation working in the church. In recent years, dozens of workers in Catholic institutions have been fired for being openly LGBTQ or for entering into a same-sex marriage.

In December 2015, I quit my job because I knew it would be impossible for my wife and me to have the life we wanted and for me to continue working as a director of religious education and youth minister. I accepted a job as a social worker, recruiting and licensing foster families for a national nonprofit agency.

I recently went to the Jan. 22-27 World Youth Day in Panama as a witness for LGBTQI equality because that is a choice I never should have had to make.

I attended World Youth Day as one of six pilgrims traveling with Equally Blessed, a coalition that comprises Call To Action, DignityUSA and New Ways Ministry. We are faithful Catholics committed to full equality for LGBTQI people. We came to speak, to listen, to be seen and to be heard. The buttons we passed out said it best: "It's our church too."

Our first day, I was anxious about how we would be received. We donned rainbow sashes, carried a large banner and filled our backpacks with buttons to give to those we met. Almost immediately my fear dissipated. We were warmly and enthusiastically greeted nearly everywhere we went. At our first stop (lunch before the opening Mass), we were approached by dozens of pilgrims from across the world seeking buttons, photographs and conversation.

That afternoon we met a young woman, Elizabeth*, who was at World Youth Day with her FOCUS group. When she saw our group, she began to cry. Elizabeth told us she'd been listening to a priest talk that morning and he made some homophobic comments. "You don't know how happy I am to see you," she said. "This morning was really bad." Elizabeth had brought a small rainbow flag that she took out of her backpack before taking a picture with us.

Another morning, I met David, a group leader from Togo in West Africa. David thanked me for being a visible witness. He hugged me tightly and whispered in my ear that he was gay, too. "You're not alone," I whispered back and offered him one of our buttons. He took it from me and pinned it to the inside of his clothes, where it could not be seen.

We received so many messages on Instagram of people wanting to meet us, we had to host a lunch to see them all. We expected pilgrims to attend but were surprised to find many ordinary Panamanians joined us.

One woman, Maylin, had been raised in the church and left when she came out. Maylin told us she cried when she first saw our posts. "The question I really want to ask is, how are you not angry all the time?"

I held her story and spoke to her honestly about a hierarchy that has hurt me, but a faith and a people that have sustained me.

A hallmark activity of World Youth Day is morning catechesis, where bishops offer talks in different languages across the city. Thursday morning, we went to one of the English-speaking sites. At the end of the bishop's presentation was a question-and-answer period. I moved to the front of the room to get in line, my nervousness growing as I waited. With just a couple people in line ahead of me, they announced they were taking one final question.

As I was walking back to my seat, a young man stopped me and asked what I was going to say. When I shared my question with him, he responded, "I would have liked to have heard the answer."

His response gave me a new confidence. I went back to the front of the room and asked to be given an opportunity to speak. The moderator said that due to the time constraints, he could ask my question for me.

"No," I said emphatically, "I think it's important for me to ask this question. I will ask succinctly; I can be brief, but it's important that I ask myself."

I was shaking as I spoke. "One of the things I love most about the Catholic Church is the emphasis on the dignity of all people. As an LGBTQI Catholic, I often feel that my dignity and the dignity of my family and my community are not respected. We are fired from our jobs, we are denied sacraments, and we are made to feel unwelcome in the church. How would you speak to that?"

The bishop responded that he could not speak to the way that individual people had treated me, but said we are all children of God and his job is to love and to be faithful to the Jesus in Scripture. He was kind and did not include any proclamations of sin, but he didn't fully address my question.

Truthfully, I didn't ask because I thought he had an answer that might satisfy me. I asked so that my voice and the voice of my community could be heard. I asked so that other LGBTQI pilgrims would know that they were not alone.

The response from the bishop and the response from ordinary Catholics throughout the week highlight what I have always known. The people are always light years ahead of the institution.

* All names have been changed in order not to endanger those whose stories are shared. When I spoke with these individuals in Panama, I did not expect to share their stories in a national publication.

[Meli Barber is a former director of religious education and youth ministry, and currently a Catholic Worker, social worker and armchair theologian. She earned a master's degree in theology from the University of Notre Dame and a Master of Social Work from the Indiana University School of Social Work.]

Can U.S. bishops' support of discrimination against LGBT be sustained?