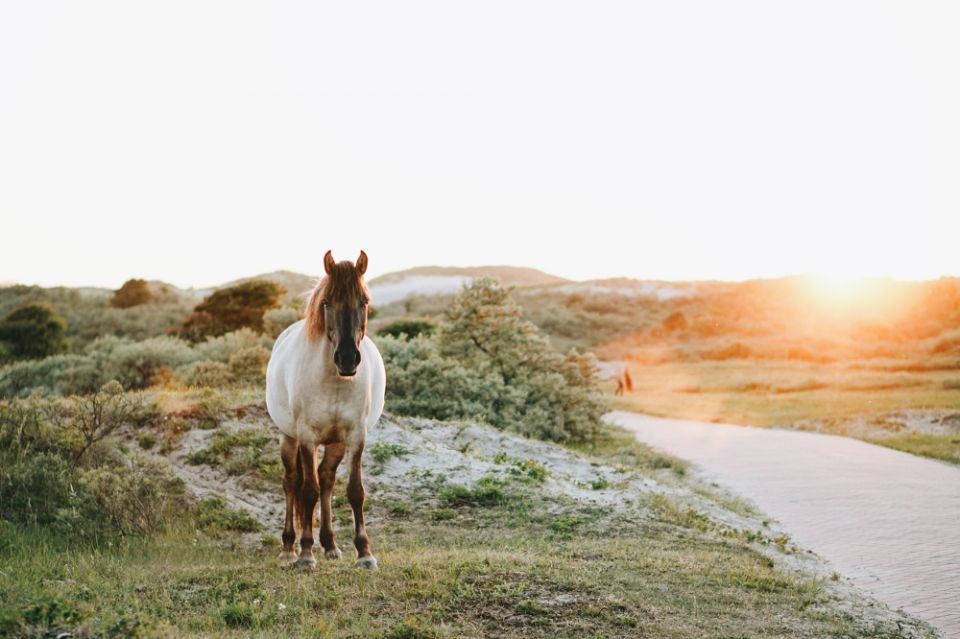 Editor's note: This essay was first published in NCR's "Starting Point" column 29 years ago, on March 6, 1990. "This story," Sr. Francine Dempsey told us, "is my major soul seeing event and changed the second half of my life for the better. So I share it with you, and if you choose, another generation of NCR readers." We so choose.

My friend and I were sharing cups of tea at a McDonald's when I put my head on the table and didn't have the energy to lift it. A few days later I was on a stretcher in the emergency room. There I had a clear-as-morning, out-of-the-blue recognition: Jesus had saved the world; I didn't.

I was 45 years old. I had burned out physically, mentally, emotionally, spiritually. The day before this burnout, I was working full-time, running body and soul at a rapid pace in my social justice ministry like the reliable little Escort in which I tooled around the Diocese of Syracuse, New York.

To relinquish the idea that I had to be a superhero, saving Syracuse for Jesus, was not easy. I mean, that's why the people in the Syracuse Diocese thought so highly of Fran Dempsey, wasn't it? She was doing such a good job of saving them.

Ironically, before that moment of recognition, night after night I'd been telling audiences that the bishop's peace pastoral said we must live in the paradox that yes, the kingdom is already come, but still the kingdom is not yet here. Meanwhile, in my own lifestyle, I acknowledged only that God's kingdom was not yet here.

But when I burned out, the latter part of the paradox entered my story with a crash. And now I try to live in our broken world totally aware of that mysterious paradox. I try to live both totally dependent on God and vibrantly participative in the creation of the kingdom on Earth.

I relinquished something else in that emergency room — my high image of myself as totally identifying with the poor. Hoboken's hospital had World War II-vintage equipment covered with several layers of dust. The reason: Everyone else there except me spoke Spanish and was very poor. I and my Blue Cross card were foreigners there.

I knew that I wanted my modern, middle-class, expensive, all-American hospital. And I got it. For the two years of my recovery, I received care from the best of medical, psychological and spiritual professionals; and in our community's provincial house in Latham, New York, I had fine housing and fine food.

My third relinquishment was of the notion that good old, independent Fran needed no human help to survive. After ignoring "counselors" for 45 years, I acknowledged that at times one needs very special help along life's journey.

When I first entered religious life about 30 years BB (Before Burnout), I was told on the first morning to bring a pamphlet from the convent library to read during meditation time. One phrase stayed with me: "There's plenty of time to rest in heaven." I built my life around that phrase and the attitude it contained.

Such efforts to work and achieve, efforts to give love so one can earn love, take energy. But what does one do when, in the prime of one's active life, the energy to sustain all that achieving and loving disappears over a cup of tea? What becomes of Fran when she stops dead, but not really dead, in her tracks? When all she's got left to show for herself are being and breathing?

It's like Paul being knocked off his horse and blinded. First comes absolute darkness, poverty, emptiness; then comes the light. Christianity for Paul. But to get there, he had to relinquish his old ways, and I think he missed his old Jewish friends even as he lived his way into what filled up his life when he got off the horse of Judaism and started on his walk through Christianity.

So, too, I miss my old ways, my old self, but less and less as new bends in the road have come with new treasures I never would have seen from my high-speed, high-energy, high-opinion-of-myself horse. It's true that the kingdom of heaven is at hand, and you don't have to run and grasp for it.

It's true that the kingdom of heaven is at hand, and you don't have to run and grasp for it.

Make a tight fist of your hand, as you did when you were a child holding on to some precious, beautiful thing. Then imagine your mother, prying open your fingers and making you look at what you had been holding. Maybe it was a beautiful ladybug when you closed yourself around it; now it has lost its vibrance. So you let go, partly because of the forces that opened your clenched fist, partly because something that was once beautiful and yours is lost.

But now relax your hand. Let it take its natural cup shape, open, ready to be filled with something held gently. That others can see, share.

As I look at my open hand now, I see that I hold a new knowledge of God, a new experience of God; and assurance of God's love. I hold being me and allowing others to be themselves; I hold peace with my religious community's diminishment of its old kind of energy and taking on new kinds of energy. I hold writing. I hold this moment. I hold this gift you give me of receiving my story. I hold this gift I give myself of relinquishing my story to you.

[Sr. Francine Dempsey, a retired educator and longtime justice advocate, has been a Sister of St. Joseph of Carondelet, Albany, New York, for 60 years.]

This story appeared in the April 19-May 2, 2019 print issue under the headline: Like Paul, I was knocked off my horse and blinded .

Column | Like Paul, I was knocked off my horse and blinded

Growing old with grace and kindness: The life and lives of Sidney Poitier

Me? Be a sister? You're not serious.