Rediscovering joy in my grandmother's sanctuary of love 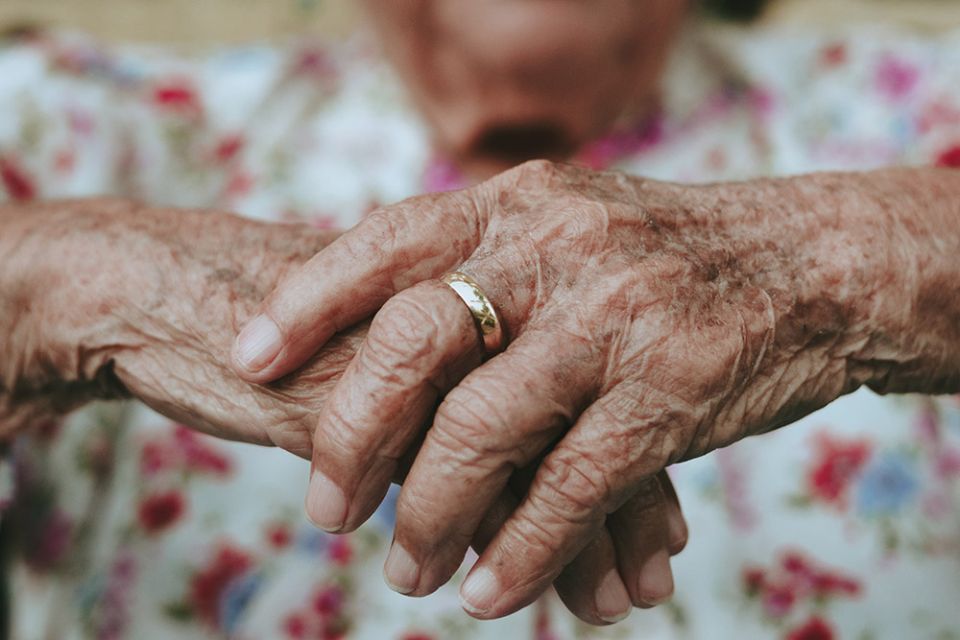 On a crisp October evening in 1988, my grandmother, 90, had a severe heart attack. Paramedics rushed her to the hospital. When she came home, she was confined to a single room for seven years. That room would come to be known as a "sanctuary of love."

When she entered the hospital, her legs were already enfeebled by severe arthritis. For many years, she'd hobbled about, cheerfully calling herself "Hippety-Hop." I can still see her vividly — short, bent over, smiling her high-wattage smile — announcing her arrival: "Here comes old Hippety-Hop."

Catherine DeTemple D'Angelo died in 1994 at 97. I recently discovered the eulogy I wrote then. I was 51, the oldest of her 19 grandchildren and the only one who called her "Mum," probably because she mothered me in my early years when my mother was not well.

The day before Mum was to be discharged, her cardiologist gathered the family and told them, "Catherine will never walk again. A nursing home is her only option."

Aunt Palma, the youngest of her five children, piped up: "No way, doctor! No way our mother will ever go to a nursing home!"

And with those feisty words, the final and finest chapter of Mum's life began. Its setting was mundane — a compact, simply furnished bedroom in the apartment she shared with my grandfather Thomas, her husband of over 70 years.

Something remarkable would happen in that humble space. In fact, something so remarkable that Fr. John Haney, my grandparents' longtime pastor, was moved to call it a "sanctuary of love" during one of his faithful Sunday visits.

When I heard his words, I silently scoffed: "Oh, come on, Father. How can love grow now when their marriage sure seemed arid and dry to me, marked as it was by silence?"

Although I never heard them argue, I rarely heard them communicate, except maybe "Dinner's ready, Tom." Growing up, I recall my grandfather as silent, stern-looking, seemingly detached.

And so, I was pleasantly surprised when my grandfather took readily to his imposed duties as night nurse. Mum began to call him, "my male nurse," chuckling, visibly relishing the gift of a role reversal at age 90.

A mother of five, her life had been consumed by traditional female roles of serving and giving, 24/7. Then, overnight, her husband is serving her. She adjusted immediately. And he seemed to as well — smiling more, silent less. I was fascinated by the changes I observed in both my grandparents.

Mum's two daughters — my mother, Mary, and her sister, Palma — immediately set aside their own lives to give their new daytime nurse duties priority. One or the other, sometimes both, were present daily. Their relationship with their mother, always close, glowed more vibrantly when the three began to hang out in Mum's small room several times weekly.

And so it happened that my grandmother became the delighted, grateful recipient of daily doses of loving care times three. While I watched, I was sometimes reminded of a passage from a book that changed my life (The Road Less Travelled by psychiatrist M. Scott Peck): "The work of love is paying attention."

Most days would find Mum sitting up in bed, her fine silver hair neatly combed, her fingernails polished in pink, and her good spirits palpable. She was ready to greet visitors. I can still see her smiling hello, those big brown eyes shining in welcome.

Visitors soon began to abound. For time spent with Catherine was cheerful, even uplifting. Often a visitor would exclaim, sounding surprised, "Why, Catherine, you really look good."

But Mum could talk, more volubly than ever before. She often regaled guests with tales of her childhood in a German neighborhood on Pittsburgh's South Side. Sometimes she'd break into a German song, then translate for her appreciative audience.

Witnessing such scenes on the Sundays I came to cook dinner, I began to ruminate: How can Mum remain consistently cheerful, never lamenting anything about her confinement? In truth, it seemed somewhat unreal. Could she be faking those smiles, those frequent chuckles to please her visitors?

Intrigued, I finally decided to just ask her: "Mum, how are you able to sustain such unfailing good spirits? I'm amazed."

She was uncharacteristically silent for a few moments. "Well, honey, I pray for lots of intentions. Like now, I'm praying that Vinny [her son] passes his bar exam. And I like to remember happy times spent with my sister Dorie — she was so funny! And I write poems in my head, then your mother writes them down for me. One of my favorites was for your brother Michael when he moved to California. I called it 'No more snowflakes in your hair.' "

Wow! My grandmother was a writer with a lively inner life. Who knew? Yet another sweet surprise.

Driving home that night, I kept replaying her reply. I'm almost certain Mum never read the Bible, yet here she was daily practicing what St. Paul preached in his letter to the Philippians: "Fix your thoughts on what is true, and honorable, and right, and pure, and lovely, and admirable. Think about things that are excellent and worthy of praise" (Philippians 4:8).

Soon after I learned of Mum's creative, prayerful inner life, I was once again present for Fr. Haney's Sunday visit. He stunned me again when he declared, "Catherine is a holy woman." And this time his words rang true to me.

I had not yet arrived at Father's bold conclusion. But his words called to mind a saying credited to Teilhard de Chardin: "Joy is the infallible sign of the presence of God."

Despite having witnessed Mum's joyful presence in her "sick" room, I was not yet seeing that her joy indicated that God was indeed present in that little enclave. I am grateful that Fr. Haney knew it, named it, and that at long last, I am able to see the truth with new eyes.

When Catherine DeTemple D'Angelo died peacefully on March 8, 1994, her legacy resided in — and continues to reside in — a sanctuary of love. 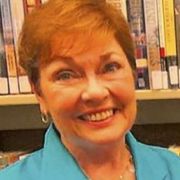 Eileen Reutzel Colianni is a counselor, speaker and award-winning freelance writer. Her essays are collected in two books: Watching a Miracle and While There's Still Time.

Column | Rediscovering joy in my grandmother's sanctuary of love

'Not out of this yet': Nursing homes face ongoing threat of COVID-19

4 months before her death, Nana bought my infant daughter a gift. Here's what it taught us about transcendent love.