Theological education needs more than a splash of ethnic color 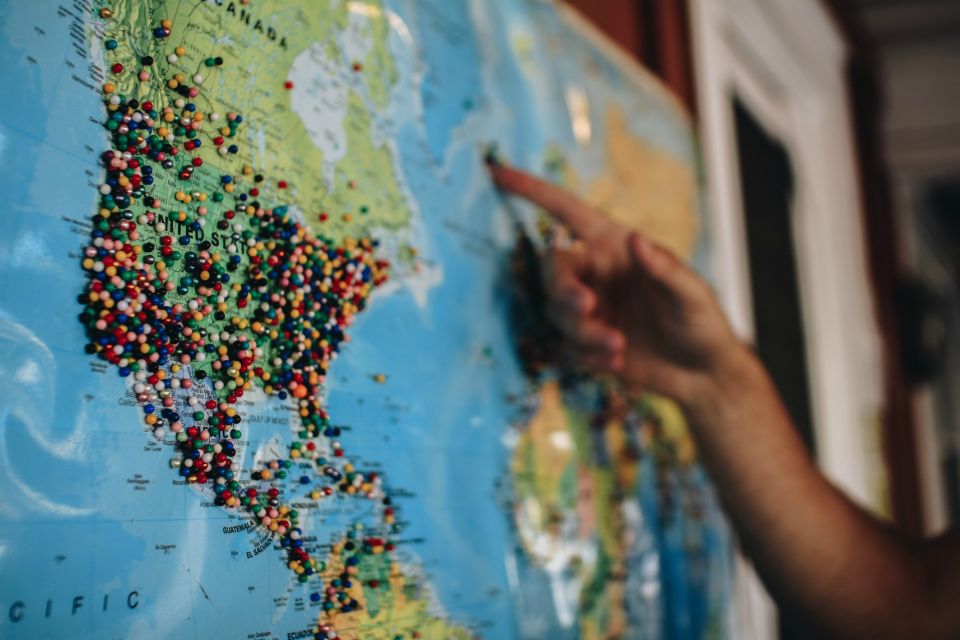 Photo by Kelsey Knight on Unsplash

Want to add a splash of color or a hint of ethnic spice to brighten a room? Looking for that perfect decorating accessory? Put an accent on your home — throw a sarape on it!

While many may think of sarapes as generic Latin American textiles, in fact they are multifunctional clothing that double as blankets. Accent your home — throw a sweatshirt on it?

The origins of sarapes are unclear, they appear in vaquero culture in the 1800s in parts of Mexico and then the Southwest. Vaqueros were cowboys, ranch hands, but when it came to their clothing they also accessorized. Sarapes, some with a hole in the center and others without, served a practical purpose as a jacket of sorts to protect against the elements, and they made good blankets, for the horse and the rider. Some culture scholars find precursors in the tilma, familiar to anyone who has seen images of Juan Diego with Our Lady of Guadalupe imprinted on his attire. Others suggest a connection to the Spanish capa or cape worn in the colonial era. Still others speculate that it was born at the intersections of indigenous and Spanish cultures, a versatile garment with a fashion forward look.

The word sarape, sometimes rendered as zarape or serape, is equally mysterious. Some posit indigenous origins yet cannot identify a source. Historically the word was not used in Spain, though one intriguing theory suggests it was a term linked somehow to conversos, Jews who had converted to Catholicism. It might have been picked up from a Persian cognate, but no solid evidence supports this theory either. In other words sarapes are muy complicados!

Why bother with this bit of fashion history? Because when it comes to competencies, pastoral preparation and theological education for ministry in Latin@ contexts, too often a default response, metaphorically speaking, is "throw a sarape on it," a tactic Latin@ theologian and pastor Msgr. Arturo Bañuelas once described as "false cultural adaptations." In other words, rich and complex worlds of meaning are overlooked or ignored, and important ways of being Latin@ are reduced to decorative accent pieces.

The plurality of Catholics in the USA under the age of 30 is Latin@, and that's not changing anytime soon. At the same time, Latinx are entering college and attaining degrees at a growing rate, though our young people remain an overall minority in Catholic colleges and universities. As research by Hosffman Ospino demonstrates, they are barely present in other levels of Catholic education as well. Less than four percent of the 8 million Hispanic Catholic school age children attend a Catholic school. The statistics are no better when it comes to Latin@s preparing for graduate degrees in ministry and theology.

Data collected by the Association of Theological Schools indicate that in Fall 2017 Latin@s accounted for seven percent of the student enrollment and just under five percent of those who completed their programs at member institutions in the United States. Hispanic faculty represented less than 4.5 percent of the fulltime professors. In a broader historical sense, progress is static in relation to the significant growth of the Latin@ population. For example, in the 1994-95 academic year the ATS reported that that the racial and ethnic composition of ATS member schools had changed little since 1989, when whites were 90 percent of all full-time faculty and Latin@s constituted 1.6 percent of the faculty and 2.6 percent of the student enrollment.

Three decades later, the comparison signifies that the overwhelming majority of people preparing to minister with Latin@ communities are still not taught by Latin@ faculty, and a survey of degree program requirements and course offerings indicate that many are not even aware of the integral relationship between teología y pastoral in the doing of theology and ministry en conjunto. Too often the emphasis is on cultural and/or language competencies that are disconnected from theologizing done latinamente from within the daily-lived realities of the USA.

Why does this matter? Because among the objectives of the Fifth National Encuentro of Hispanic/Latino Ministry is the development and training of Latin@s for pastoral leadership and service for all types of ministry in the church. With an ambitious goal of identifying 20,000 such emerging leaders, the question remains how will they be prepared?

Well-intentioned pastoral approaches that naively employ cultural artifacts and practices without awareness of the particularities of our diverse communities or without attention to Latin@-constructed theological knowledge are the ministerial equivalent of tossing a sarape on it. For generations Latin@s have pondered and continue to articulate insights about God, what it means to be human, how to cultivate convivencia — a just living together. Sources of theological reflection include popular religious practices. Some who minister with Latin@ communities today understand these practices only superficially, yet they pick and choose elements from them to accessorize their ministries with a splash of ethnic color.

Experiences of border spaces and crossings, of living on hyphens, of playing with languages, of being on the move impact theological and biblical interpretations.

For example, there is no such thing as a generic altar of the dead for Día de los Muertos, nor is the building of these altars a universal Hispanic or even Mexican practice. Ofrendas for the Day of the Dead are dedicated to specific people and the acts of building them can function as communal performative theologies, strategies of pastoral care in the face of loss, affective affirmations of the connectedness of life beyond death. What Pope Francis recognized in Evangelii Gaudium has long been a given for Latin@ theologians: "Expressions of popular piety have much to teach us; for those who are capable of reading them, they are a locus theologicus which demands our attention." (126) They are not colorful embellishments to faith, they tradition faith.

Latin@ theologies arise from concrete places of hybridity and cultural mixtures communicated through a diversity of metaphors, ancient and new, rooted in the messiness of daily life, lo cotidiano. Experiences of border spaces and crossings, of living on hyphens, of playing with languages, of being on the move impact theological and biblical interpretations. Naming ourselves and claiming our experiences are matters of agency, not identity politics. Intersecting, intricate and diverse identities find expression in fluid monikers like Latin@, Latino/a, Latinoa, Latinx, that situate our theologizing. Las luchas, the struggles, are sources of sin, grace, resistance. These are but a few of the insights born out of more than four decades of communities of Latin@s theologizing latinamente from within the context of the USA, grounded in experiences distinctive from Latin America. These are theologies that are accessible in the USA because they are primarily written in English, and Spanish is as much a research language as it is a pastoral one.

There is practical wisdom in understanding theological and pastoral endeavors as being inextricably intertwined. The doing of teología y pastoral en y de conjunto acknowledges that theology, ministry and prophetic activism are communal commitments bound to each other and to lived realities and living faith.

At an intimate lunch in Chicago, a small group of Latin@ theologians, biblical scholars and graduate students in ministry and theology dined with an Argentinean theologian, a friend of Pope Francis. Conversation flew in Spanish, English and even Espanglish! The Argentinian told his table companions that they needed to read Latin American theology. A voice spoke up, a Latin American immigrant who had spent many years pastorally accompanying Hispanic communities in the USA, an activist for migrants, a doctoral student in Latin@ theology and ministry.  "I am Latin American like you," he told our guest, "but you need to know that experiences here in the USA are different. These Latin@s know our theologies but we Latin Americans need to read theirs in order to do ministry here!"  You just can't toss a sarape on it!