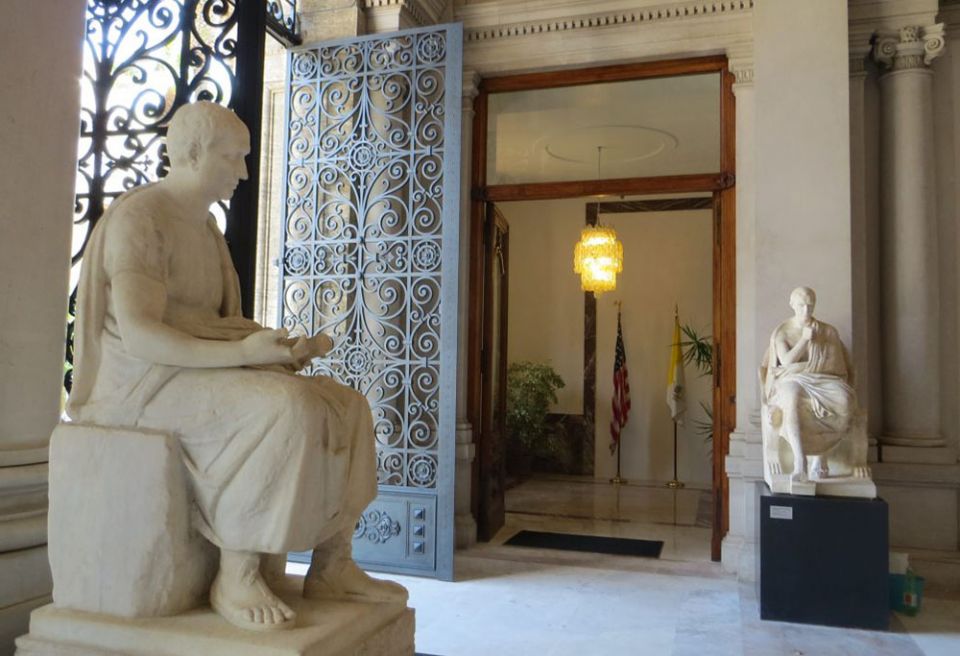 On June 3, 2011, Pope Benedict XVI received Vice President Joe Biden in a private visit at the Vatican. As the ambassador to the Holy See at that time, I accompanied Biden, as was customary for such a high-profile meeting.

One of the most memorable moments for me occurred toward the end of the visit when the vice president took a rosary out of his pocket and shared with the pope a little about his Catholic faith. Some members of Biden's staff who were present also brought with them rosaries and asked the pope to bless them before we all departed from the Vatican. 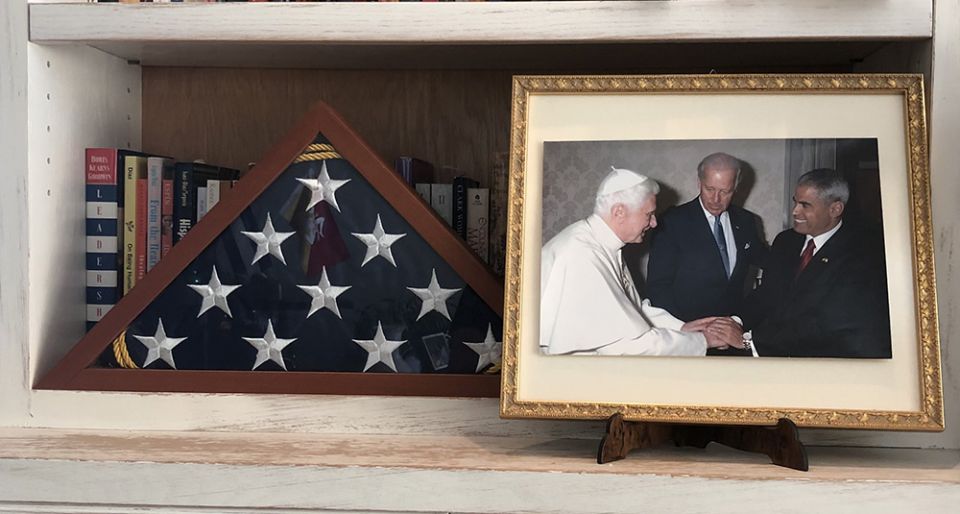 In a photo on his bookshelf, Miguel Díaz, right, greets Pope Benedict XVI during the meeting at the Vatican with then-U.S. Vice President Joe Biden in June 2011. (Provided photo)

As our nation prepares for the inauguration of our 46th president, who is also our second Catholic president, and the appointment of the 12th U.S. ambassador to the Holy See, it is fitting to revisit the importance of this diplomatic post and to explore possible foreign policy interests that might motivate global cooperation between the Biden-Harris team and Pope Francis and the Holy See.

The term Holy See refers to the central government of the Catholic Church that operates out of Vatican City State, the world's smallest sovereign state. It is recognized as a sovereign juridical entity under international law, with a long history of engaging in international relations.

Today, the Holy See carries diplomatic relations with 183 governments, second only to the United States. It also enjoys a seat at the table as a member or observer in nearly every major international organization including the United Nations, the Council of Europe, the Organization of American States and the Arab League.

Ever since the Council of Chalcedon in 451, popes have had a representative invested with an ecclesial mission to the local church and a diplomatic mission accredited with the local government, according to the late Cardinal Jean-Louis Tauran, who served as secretary of the Vatican's relations with states (e.g., equivalent of foreign minister).

In a talk on Vatican diplomacy delivered in Milan, Tauran noted that, after Chalcedon ended, Pope Leo the Great asked Julian of Cos, his legate to the council, to remain and "provided him with two Letters of Credence: one to accredit him with the local hierarchy, represented by the Patriarch Marcion, and one for the Emperor of Constantinople, Theodosius." That tradition continues as the pope sends his nuncios as representatives of the Holy See to various capitals around the world.

In turn, world leaders send their ambassadors with letters of credence to the Holy See to represent them and their nation's foreign policy as they engage diplomatically with this important player on the global stage. 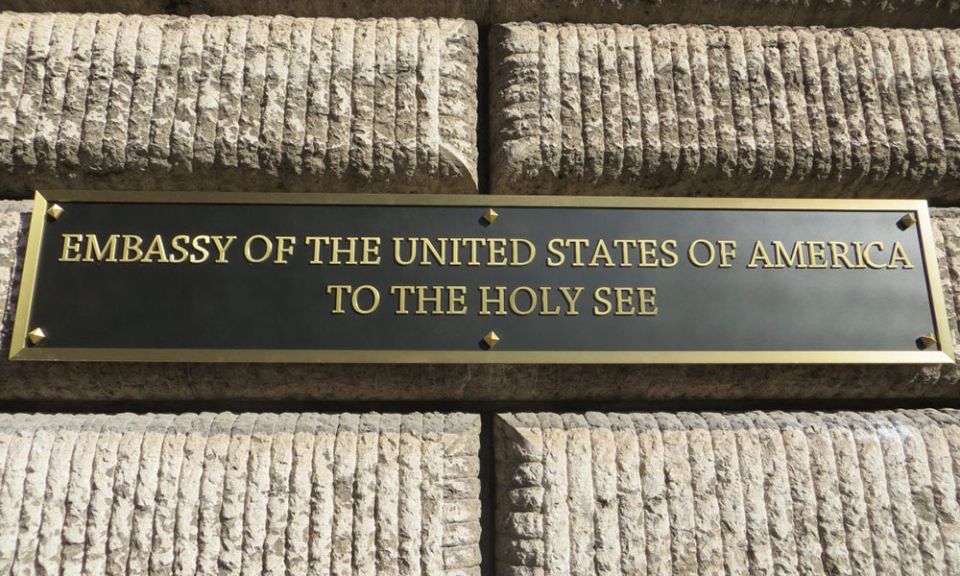 The history of U.S.-Holy See diplomacy traces back to 1788 and a request made by Pope Pius VI to Benjamin Franklin. The story is told that the pope dispatched his emissary to Paris to ask Franklin if George Washington would be fine with the appointment of a Catholic bishop in the United States. Washington sent word back informing the pope that he was free to name whoever he wanted since it was precisely as a result of religious freedom that the revolution in the colonies had taken place. That conversation set in motion a long and fruitful history of U.S.-Holy See relations.

The U.S. Department of State succinctly summarizes the complex and evolving history of these diplomatic relations in the following way:

As a result of the Roman Catholic Church's vast network of religious communities, lay ministries, schools, universities, health care and humanitarian services, the Holy See is a sovereign state that engages in diplomacy like no other; it is therefore beneficial to the interests of the U.S. to be in a relationship.

In 2011, a featured article in the U.S. State Department magazine described the importance and uniqueness of this small U.S. diplomatic post, that "manages a set of issues that is unusually broad and complex" because of the Catholic Church's global presence.

The authors wrote, "This immense network makes Vatican City a well-known 'listening post' where the United States can gain new international insights. In many ways, Embassy Vatican is a bilateral post with a multilateral agenda."

There are six areas of mutual interest and cooperation that serve as signposts to guide diplomatic cooperation for U.S. ambassadors to the Holy See:

The next U.S. ambassador to the Holy See will be able to use these shared priorities as a way to build bridges and find common ground with Francis in addressing some of the salient challenges of our times.

Shortly after the election of Francis, I wrote an article in 2013 envisioning how he might govern the Holy See in a pluralistic and globalized world. I envisioned that, as a pastor, the new pope needed to step out of Vatican City in "acts of solidarity toward persons marked by pain and suffering." As a diplomat, he needed to "cultivate deep listening skills to engage the increased diversity of opinions and the complex, hybrid and fluid nature of human identity that defines the signs of our time." Finally, as a manager, he would be "well served by justly, inclusively and wisely administering" the financial and human resources of the church, I argued.

In the spirit of dreaming the future of U.S.-Holy See cooperation, I now offer some thoughts on envisioning how the administration of Biden and Kamala Harris may cultivate positive interactions with the Vatican in a time shaped by the pontificate of Francis.

Luckily for Biden, he will not be starting his collaboration with Francis from scratch. He is already a familiar face at the Vatican who has participated in numerous diplomatic endeavors especially during President Barack Obama's second term.

Among the central diplomatic successes that Obama and Biden brought into fruition was the normalization of diplomatic relations between Washington and Havana. In fulfilling this long-held Vatican foreign policy objective, Francis, the first Latin American pope who had written extensively on the need to create dialogue with Havana, together with Obama, have left their mark on history.

Under a Biden-Harris administration, the possibility increases that Biden will name a U.S. ambassador to Havana who will be confirmed by the Senate.

Diplomatic collaboration will undoubtedly continue with respect to all six areas of U.S.-Holy See foreign policy mutual engagement. Given the signs of the times, one of the areas that holds particular promise for diplomatic collaboration is global health. The Biden-Harris administration presents a timely moment to cooperate with the profuse soft power of the Holy See to address the biological and social viruses that threaten our human family, especially those who are most vulnerable. 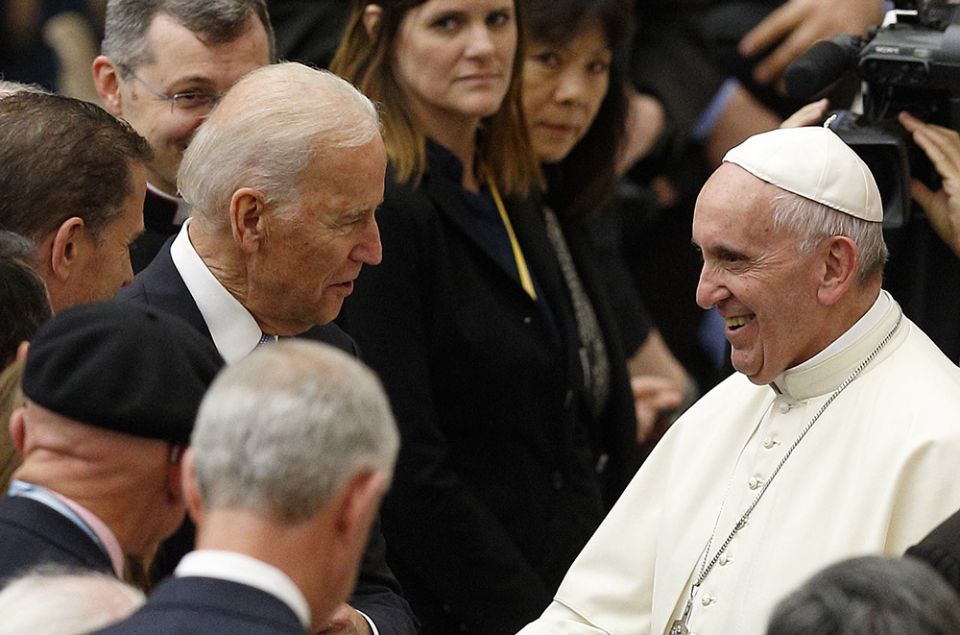 First, as the world struggles to overcome COVID-19, the Biden-Harris team will reset the U.S. relationship with the World Health Organization (WHO). Second, in an effort to tackle the ecological crisis, Biden will rejoin the Paris Climate Accord.

Both moves will be welcome news for a pope who has come to be known for his teaching on the integral ecology of life, especially one that advances a "healthier, more human, more social, more integral" liberation of poor persons and of our impoverished common home. Surely, the appointment of Secretary John Kerry — a former top diplomat and another Catholic well-known within Vatican circles — as the first-ever U.S. climate leader, also bodes well for U.S.-Holy See cooperation on the health crises that affect both persons and the Earth.

As the pandemic has made amply clear, biological pandemics and social pandemics are intrinsically related. And we all know that social viruses abound both within and outside of our borders. In Fratelli Tutti, Francis continues to remind us, "Racism is a virus that quickly mutates, and instead of disappearing, goes into hiding and lurks in waiting."

With Antony Blinken's leadership as secretary of state, it is hoped that this seasoned diplomat will restore the reputation and value of U.S. diplomatic relationships. In turn, Vatican diplomats throughout the world will now be able to engage more fruitfully in the bridge-building potential of diplomacy to challenge what Francis described in his 2019 speech to the diplomatic corps as the globalization of human indifference that weakens the international order.

In particular, this global indifference can be seen with the disturbing rise in nationalism and the unjust treatment of life-seeking migrants at home and across the world. As we look toward a change in U.S. administrations in January 2021 may we transition from the narcissistic ideology of "America First" to domestic and foreign policies that embrace the motto "America Cares." 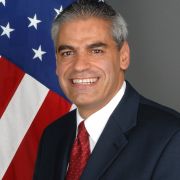 Miguel H. Díaz is the John Courtney Murray University Chair in Public Service at Loyola University in Chicago and was selected by President Barack Obama as the ninth U.S. Ambassador to the Holy See.

Column | What will US-Holy See diplomacy look like under the Biden administration?