What is our democratic obligation regarding President Trump? 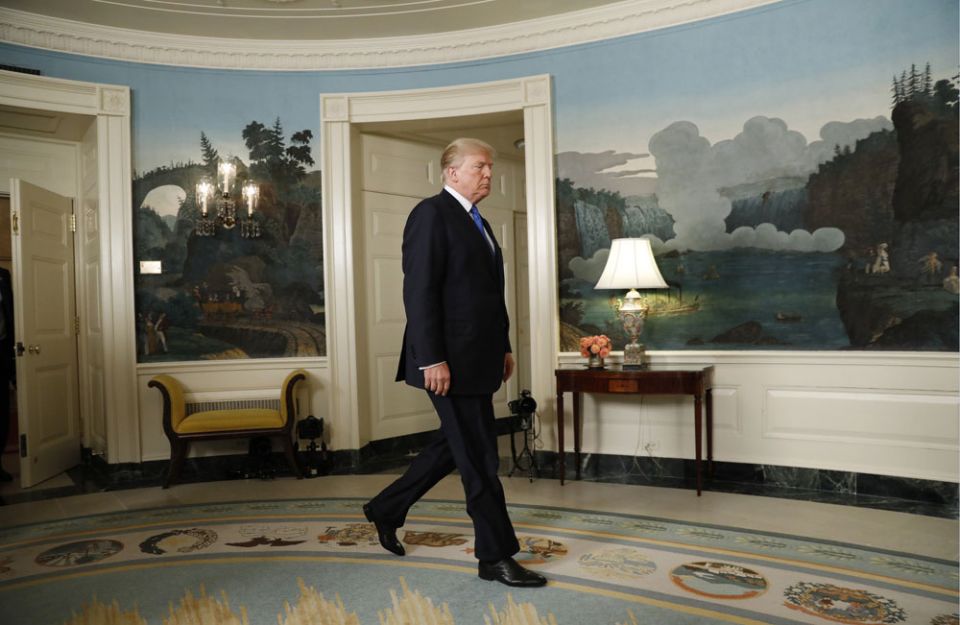 U.S. President Donald Trump arrives to speak about the Iran nuclear deal in the Diplomatic Room of the White House in Washington Oct. 13. (CNS/Kevin Lamarque, Reuters)

"How long, O God, how long?" This is my breakfast prayer just about every day as I read the headlines and stories about President Trump in that day's Washington Post. One day, I read stories about his cutting Obamacare subsidies from the poor. Another day, I worry as I hear belligerent words aimed at North Korea. However, other presidents have done similar things and we've survived as a nation. But I continue to worry; there appears to be something different in Trump's mental make-up compared with other presidents.

This week, Hustler Magazine mogul Larry Flynt sponsored a full page ad in the Post, offering $10 million to anyone who could provide evidence leading to the impeachment of Donald Trump. Yup, you read that right. $10 million. In any other presidency, such an ad would be unthinkable. Flynt wants evidence of illegal behavior.

So I keep asking myself: What is our moral obligation as citizens when someone like Trump is in office? What is our obligation — not as citizens of a monarchy or oligarchy — but as citizens in a democracy, when confronted with unstable behavior in the president? One avenue of action we have is contacting our senators and representatives in Congress, asking that they begin the process of invoking the 25th Amendment to the U.S. Constitution.

That amendment was passed after the assassination of John Kennedy, when Congress began to think about the possibility of a physically or mentally disabled president. It provides a process for removing such a president who is "unable to discharge the powers and duties of his office."

Yes, this may seem far-fetched. But we need to keep it in mind. It is an action we may have to take as we watch the behavior of our erratic president. And of course, depending on what transpires, impeachment is always an option if one could find the votes.

Opinion | What is our democratic obligation regarding President Trump?

US bishops hope to work with Trump administration on immigration reform