Among Black Catholics, a deep loss 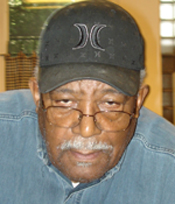 Sr. Sheila Marie Tobbe glanced down the corridor at the Thea Bowman Center where people were gathering in front of a half door opening to a food pantry. Richard Bass was on the other side of the opening, under a sign that explained how many bags of food could be handed out depending on the size of a family.

He's been doing this for years, but he's rarely seen things so bad. In this already poor section of Cleveland, the recession keeps adding to the line for food.

"That woman with two children," Tobbe said quietly at a distance, "is facing foreclosure." She pointed out another woman, a friend of the first -- there are several children between them -- who is facing the same fate. The center had become a refuge.

The Catholic world in the United States has hundreds if not thousands of refuges like the Thea Bowman Center, this one named after the African-American nun who became a singular voice for Black Catholics before her death in 1990. Increasingly, as parishes close and are merged in the poorest sections of the old gritty cities of the Northeast, places like this often emerge amid the remains as the principle vestiges of Catholic history and presence.

Among those who run the host of programs for children and adults at this center in Southeast Cleveland, though, there is increased anxiety these days. The center, a former school, is attached to Epiphany Catholic Church, one of two African-American parishes in the Mount Pleasant area facing a kind of ecclesiastical foreclosure. They are simply too small and too poor to survive. No one disputes the numbers. Debt is piling up. The rest of the Catholic community has moved to the suburbs. Something's got to give.

A third African-American parish, St. Adalbert in the Fairfax neighborhood, is also to be closed, but parishioners there are appealing the decision.

Resignation to the inevitable has become one way of coping with the impending loss. But the anguish is real, and if the church is sold (the religious artifacts were to be removed by late May) what happens to the center that is attached? What happens to Catholic presence here? Did any other options exist?

The seven African-American Catholics who gathered for a conversation following a Mass April 29 in the rectory of Epiphany Church, scheduled to be closed, know the rationale. They've seen their churches in Southeast Cleveland close one by one. And the theme is usually the same: Low membership. Not enough money.

Barbara Price is now on her fourth parish. The other three, all in the same region of the city, were closed earlier. She's now a member of Holy Trinity parish and one of the roles she's playing this morning is to try to convince her friends at Epiphany that the transition can work. She's found new friends, she's a pastoral minister, teaches in the Parish School of Religion. It can work.

But there are many strands to this conversation, a web of feelings -- anger, resignation, abandonment, hope -- that are not easily resolved and they spark to the surface like energy discharging from a severed power line.

The questions: Why us? Why now? are as persistent as all the reasoned discussion, the understanding that the numbers don't work and the abiding conviction that God will somehow provide. There's history at work here, the history of the larger culture from the view of African-Americans who live in a place that defines the margins of American life. There's the history of Blacks in the Catholic Church, where they were too often unwelcome. This section of the city is poor, black and accustomed to being shunted aside.

"I've been a faithful Catholic all my life," said Michael Little. Epiphany Church, he said, "allowed me to grow into being a Christian." It is a place "that accepted me for who I was."

"Everything's going to the suburbs," he said, to nods around the room. "And here it is again in my face -- they're telling me, 'You don't count!'"

Another man speaks up and says that it's hard enough to be Catholic in this section of town, where so many friends belong to independent Baptist churches or Pentecostal congregations. It is tough defending the church in good times, and they've had to hold out against critical comments during the sex abuse and financial scandals here. And now this, and their friends, he says, are pointing at them and saying, "We told you so."

There is a deep sadness here, wrapped around the resignation, a sadness that is quite different from the anger or frustration or hurt that is so evident in other parts of the city where churches are closing.

Part of that sadness has to do with another loss that one senses is called up from memory with the closing of the parishes. That loss has to do with what might well be called the Era of Bishop Lyke.

James P. Lyke was an African-American Franciscan priest from Chicago who was named an auxiliary bishop of Cleveland in 1979 at the age of 40, youngest bishop in the country at that time. He had previously served in Memphis, where he was deeply involved in both civil rights and pro life work and in introducing African-American worship elements in his parish.

He spent 11 years in Cleveland before being named first an administrator in 1990 and later Archbishop of Atlanta. But his tenure was short. He was diagnosed with cancer shortly after arriving in Atlanta and died in 1993.

So the bulk of his time as bishop was spent as Urban Vicar in Cleveland, and the mere mention of his name brings out smiles around the room of this rectory that is about to be closed.

The comments flow. "I had never seen a bishop before, but he was around here a lot."

"He brought us speakers and seminars. He allowed us to introduce culture in our worship, you know."

"He brought us workshops."

"He was our advocate."

"He brought his family here to meet us."

"That was the golden age."

He was hope, incredible hope for this beleaguered corner of the city. He could preach, he knew the importance of African-American song and worship. When he was here, they say, the numbers were up.

And very quickly it was gone. There were no more African-American priests, let alone bishops. In a city where the population is reportedly 68 percent Black, there is not a single black diocesan priest.

Is it about business?

In an interview the afternoon before at the Thea Bowman Center, Vivian Alexander, who helps run the center, leaned forward across a table and said, "I don't know, but I don't think the church should be in the business of business. It's got to be about more than that."

"I know it is difficult to think of evangelization when it comes to African-Americans because we have tended toward other denominations," said the retired speech pathologist. "But the community we are part of is so desperately in need. I think that's what Jesus was about. The Gospels don't say he came for the rich. They say he came for the least of these, the poorest of the poor." And she ticks off the list of services -- food, education, computer classes, GED classes, children's Saturday programs, even 4-H programs that the center runs. And she wonders what will happen if all of those are lost along with the parish.

Sylvia Little-Harris, program coordinator for the center, is more pessimistic. "What I see is no future -- extinction for African-American Catholics" in this region. "We are a minority within a minority and given the rate and recklessness of the bishop's decisions, he has cut off the remnant of African-Americans.

At another point she looked across the table at her white questioner and said, "You can go to church anywhere. I can't. I'm not welcome everywhere."

Like many of those interviewed from St. Cecilia and Epiphany parishes, these women, when asked what they would do, each respond they are uncertain. Many say they'll take their time "discerning" and few guarantee that their next church will be Catholic.

The life and death of a ministry