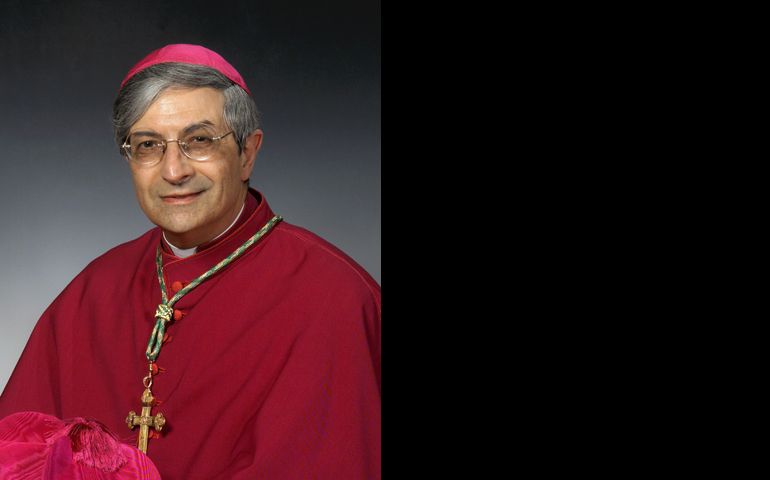 He succeeds Bishop Matthew Clark, who retired in September 2012.

The appointment was announced Wednesday in Washington by Archbishop Carlo Maria Vigano, apostolic nuncio to the United States.

Matano's installation Mass will be Jan. 3.

He was introduced as Rochester's ninth bishop at a news conference, where he said one of his first priorities will be "to bring people back to Mass."

"My strategic plan is the Gospel of Jesus Christ," he said. "If you are not practicing the faith, please come home. Come home. We miss you."

Matano had headed the Burlington diocese since November 2005. Named coadjutor of the diocese in March of that year, he automatically succeeded Bishop Kenneth Angell when he retired.

"Bishop Matano has been an excellent bishop of Burlington, and I know that he will be warmly welcomed as he undertakes his new pastoral duties in Rochester," the cardinal said in a statement. "He succeeds my good friend, Bishop Matthew Clark, who served the people of Rochester so well and so faithfully during his time as their bishop. I look forward to working with Bishop Matano in caring for God's people in New York."

Another New York prelate, Buffalo Bishop Richard Malone said he has gotten to know Matano since his ordination and installation in Burlington, and he described him as "a devout, very bright, faithful and courageous bishop. He has a crisp sense of humor."

"I look forward to welcoming him to western New York in our neighboring Diocese of Rochester," he said in a statement.

Matano was born in Providence Sept. 15, 1946. He was ordained a priest of the Providence diocese Dec. 17, 1971, after studies at Our Lady of Providence Seminary College in Warwick, R.I., and the North American College, the U.S. seminary in Rome. At the Gregorian University in Rome, he earned a licentiate in theology and, following ordination, a doctorate in canon law.

From 1991 to 1992, he served in Washington at the Vatican Embassy, or apostolic nunciature, and returned to the Providence diocese to become vicar general and moderator of the curia in 1992.

He was made pastor of St. Sebastian Parish in Providence in 1997. He also was a professor at Dominican-run Providence College from 1997 to 2000. He returned to Washington to serve on the nunciature staff from 2000 until 2005, when he was named Burlington's coadjutor by Blessed John Paul II.

The statewide Burlington diocese has about 118,000 Catholics out of a total population of approximately 625,000.

Clarke was bishop of Rochester from 1979 to 2012. A native of Troy, N.Y., he was ordained a priest of the diocese of Albany, N.Y., in 1962. He served in parish and chancery assignments in Albany and as a spiritual director at North American College, Rome, from 1972 to 1979, when he was named bishop of Rochester.

The Rochester diocese is made up of 12 counties, covering a 7,100-square-mile area. It has a Catholic population of more than 311,000 out of a total population of 1.5 million.

Welcoming Anglicans not new for this parish