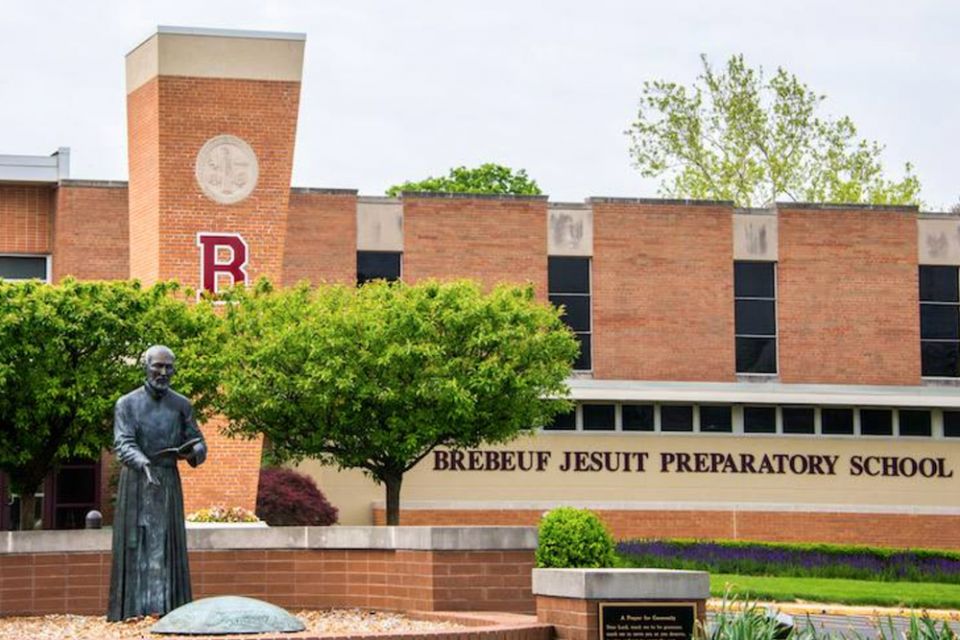 The Indianapolis Archdiocese will no longer recognize Brebeuf Jesuit Preparatory High School as a Catholic institution after the school administration refused to dismiss a teacher who is in a same-sex marriage — a move the school has vowed to challenge.

In a canonical decree effective June 21, Indianapolis Archbishop Charles Thompson declared that Brebeuf Jesuit could no longer retain its Catholic identity because the school "has chosen not to implement changes in accord with the doctrine and pastoral practice of the Catholic Church."

The decree stated that Brebeuf Jesuit can no longer use Catholic as a designation and that it will no longer be recognized by the archdiocese.

Brebeuf Jesuit officials and the Midwest Province of the Society of Jesus pushed back against the declaration, claiming the archbishop exceeded his authority by attempting to direct personnel decisions in a school run by a religious community. They stated they will appeal the decree under church law.

The move comes as the third effort in the past year by the Indianapolis Archdiocese to dismiss employees of Catholic schools in same-sex unions.

Thompson said while he respects a school's right and responsibility to make decisions, "it is my canonical responsibility to oversee faith and morals as related to Catholic identity within the Archdiocese of Indianapolis." He said the decree remains in effect until Brebeuf Jesuit demonstrates its desire "to operate in accord with the doctrine and pastoral practice of the Catholic Church."

In separate statements, Brebeuf Jesuit and the Midwest Jesuits defended their decision not to follow through on the archbishop's request to dismiss the teacher, calling Thompson's directive "unprecedented."

"While we've enjoyed a collaborative partnership with the Archdiocese for nearly 57 years, we have always maintained control of our school's operations and governance, including our personnel decisions," wrote Jesuit Fr. William Verbryke, president of Brebeuf Jesuit. Also signing the statement were W. Patrick Bruen and Daniel Lechleiter, the current and incoming chair of the school's board of trustees.

"Brebeuf Jesuit has respectfully declined the Archdiocese's insistence and directive that we dismiss a highly capable and qualified teacher due to the teacher being a spouse within a civilly-recognized same-sex marriage," the statement read.

In his own statement, Jesuit Fr. Brian Paulson, provincial of the USA Midwest Province of the Society of Jesus, called the archdiocese's decision a "disappointing development." He added the province will, if necessary, seek recourse from the Vatican.

Brebeuf Jesuit will hold an information session June 24 for all current parents. There, school officials are expected to address what the decision means going forward.

"We are disheartened that the Archbishop has chosen to end our formal relationship. Nevertheless, our identity as a Catholic Jesuit institution remains unchanged," the school statement read.

In summer 2017 the school became aware the teacher in question, who has not been identified, had entered into a same-sex marriage. The information later circulated on social media.

According to Paulson, the archdiocese at that time verbally requested that Brebeuf Jesuit not renew the teacher's contract. Paulson said the teacher does not teach religion and "is a longtime valued employee of the school."

The school and its board determined that following through on the directive "would not only violate our informed conscience on this particular matter, but also set a concerning precedent for future interference in the school's operations and other governance matters."

"What's more, we also recognize the harm that adhering to this mandate would cause our highly capable and qualified teachers and staff. As an institution with a mission to develop men and women for others, our intent has been to do the right thing by the people we employ while preserving our authority as an independent, Catholic Jesuit school," the school leaders wrote.

In a statement issued Thursday, the Indianapolis Archdiocese said it recognizes all teachers, guidance counselors and administrators as ministers, for whom "it is their duty and privilege to ensure that students receive instruction in Catholic doctrine and practice."

"To effectively bear witness to Christ, whether they teach religion or not, all ministers in their professional and private lives must convey and be supportive of Catholic Church teaching," the archdiocese stated. It added it directs all Catholic schools, archdiocesan and private, to state in contracts and job descriptions "that all ministers must convey and be supportive of all teachings of the Catholic Church."

Founded in 1962, Brebeuf Jesuit enrolls roughly 800 students, approximately half of whom are not Catholic, and has a faculty and staff of 132 people. A wide-encompassing "statement of nondiscrimination" on its website says the school does not discriminate against any current or prospective students or employees based on, among other things, sex, gender identity, sexual orientation or marital status.

Paulson said a representative for the archdiocese told the school that Jesuit priests will still be able to serve in leadership and celebrate Mass on campus.

The situation represents the latest in recent years where employees of Catholic schools and parishes have been fired after their same-sex marriages became public. According to New Ways Ministry, a Catholic LBGT advocacy group that tracks such firings, more than 80 church workers have been dismissed from various positions since 2007.

Often, the information about the marriages was not disclosed by the couples but was discovered via social media postings, as was the case of three fired musicians at a parish in the St. Paul-Minneapolis Archdiocese.

In March, a guidance counselor at Roncalli High School, operated by the Indianapolis Archdiocese, filed a second discrimination charge after she was placed on administrative leave last year when the school found out about her marriage to her female partner. Later that month, a second guidance counselor at Roncalli was told her contract wouldn't be renewed because of her same-sex marriage.

Paulson, the Jesuit provincial, stressed in his statement the Jesuits' respect, consistent with church teaching, for the "primacy of an informed conscience" for community members in making moral decisions.

"We recognize that at times some people who are associated with our mission make personal moral decisions at variance with Church doctrine; we do our best to help them grow in holiness, all of us being loved sinners who desire to follow Jesus," he said.