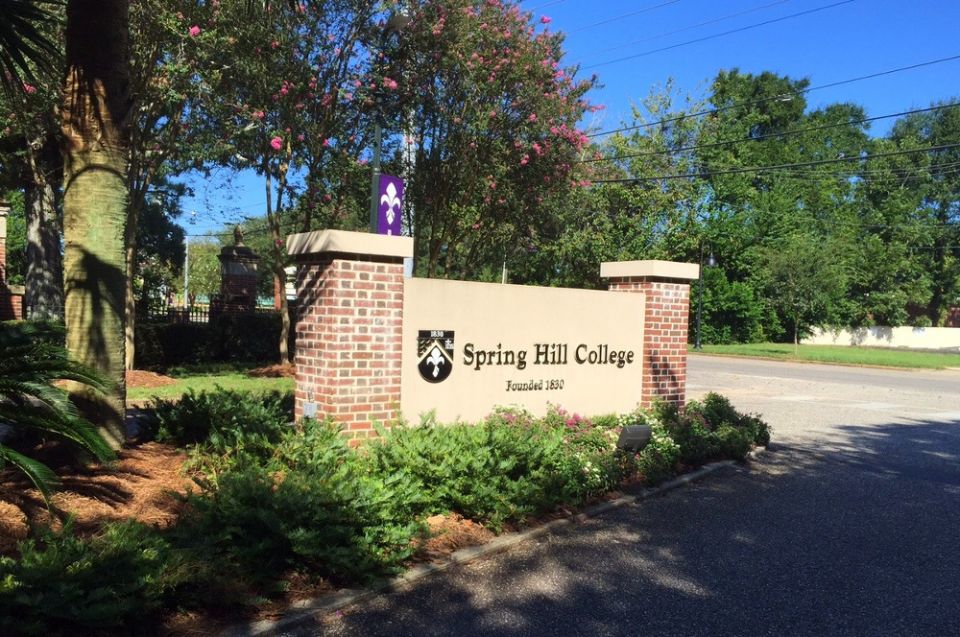 Brokaw has been accused of sexual harassment by two women, including former NBC and Fox News Channel host Linda Vester. The women went public with their allegations in an April 26 Washington Post article. Another woman has also since come forward, claiming Brokaw harrassed her when she was a young reporter several decades ago.

Brokaw has denied the allegations. A letter supporting Brokaw signed by dozens of women in media was obtained by the Hollywood Reporter April 27.

In his place, the university has tapped professional wrestling magnate and current head of the Small Business Administration, Linda McMahon, to deliver the address May 13.

Much of the controversy surrounding Martin revolves around his 2017 book Building a Bridge, in which he calls for greater understanding between the Catholic Church and the LGBT community.

In a video posted to YouTube April 30 by AL.com, Puto says he is "mystified" by the backlash to Martin's invitation, which he says met with a very positive reception from alumni. He also said he did not expect the topics covered in Martin's book to be featured in the May 5 commencement address.

"This is not a book tour," Puto says in the video, "this is not about selling books. This is about sharing Father Martin's vision and his approach to life as a Jesuit priest."

As of May 2, the petition, which appears to have been online since mid-November, had gained a little over 900 signatures.

RUTLAND, VERMONT — Another Catholic college appears to be in danger of closing.

VTDigger.com reported May 1 that College of St. Joseph president Lawrence Jensen revealed in an April 30 presentation that the college has less than 100 students enrolled for the next academic year, including just 10 new students. The college, which has been struggling financially, had been hoping to enroll 250.

Jensen said that after a $5 million endowment was spent on a physician's assistant program and plans for new campus facilities all failed, the college expended "$2 million more than we took in."

Jensen, who received a vote of no confidence from faculty in October, is retiring at the end of the academic year, and the board has suspended its search for a new president.

Trustees are planning to meet next week to consider the college's future.

RENSSELAER, INDIANA — The campus of St. Joseph's College has been added to Indiana Landmark's list of most endangered historical sites, the South Bend Tribune reported May 2.

The college, which closed at the end of the 2016-2017 academic year, left the campus with tens of millions of dollars in deferred maintenance.

According to the college's website, it is exploring options to reopen. In April, the board approved a proposal to "adopt the model of a two-year program with partner institutions as the most feasible way to continue the mission of educating students as a first step to bring Saint Joseph’s College back into operation."

WASHINGTON — Some major changes are coming for faculty at the Catholic University of America.

According to a May 1 report by WAMU, the university's "Academic Renewal" plan includes changing its teaching guidelines, which will now mandate that faculty teach at least three undergraduate classes per year. As some were only teaching one or two classes, that leaves the university with a surplus of about 35 faculty members.

Provost Andrew Abela told WAMU that the university hopes "that by the end of the process, we'll get all 35 [faculty members] leaving voluntarily." He also said that the cuts are saving the university from having to lose entire programs and departments.