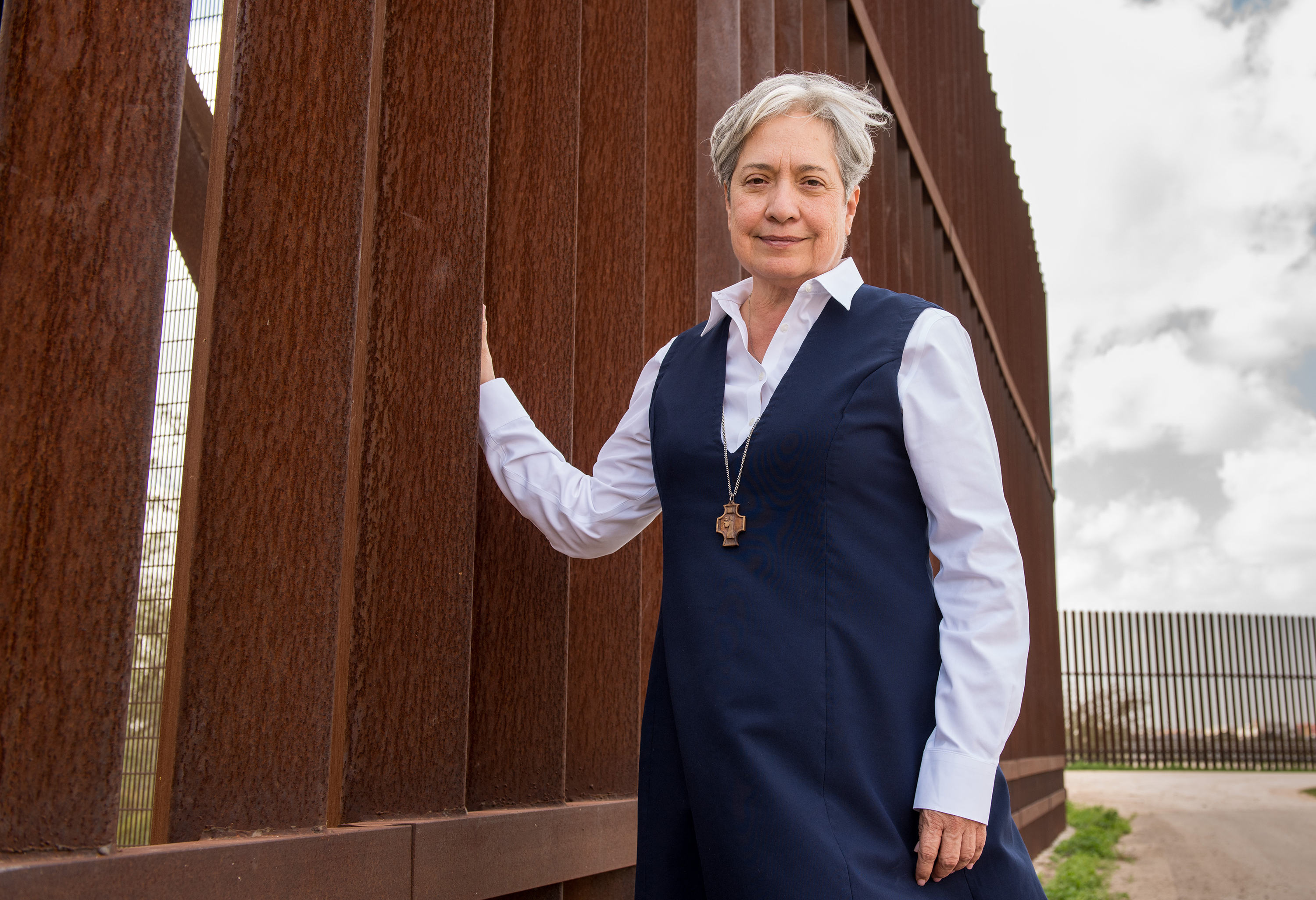 Missionaries of Jesus Sister Norma Pimentel, executive director of Catholic Charities of the Rio Grande Valley in Texas and a longtime advocate for immigrants and refugees, will receive the University of Notre Dame's 2018 Laetare Medal at the school's graduation ceremony May 20. (CNS photo/Barbara Johnston, courtesy University of Notre Dame)

MIAMI GARDENS, Fla. — Soon after her hiring, the CFO of a Catholic university has resigned over her ties to the parent company of gun manufacturer Smith & Wesson.

Anita Britt, a one-time member of the board of trustees of St. Thomas University, was made CFO of the university in January. In February, she joined the board of American Outdoor Brands, the gun maker's parent company.

After initially trying to downplay the controversy, university president Msgr. Franklyn Casale released a statement March 13, saying that he had "advised Ms. Britt that she needed to make a choice of either resigning her role on American Outdoor Brands, or her role as CFO at St. Thomas University, but that she could not continue on both."

Britt had resigned earlier on the day the statement was released.

SOUTH BEND, Ind. — The University of Notre Dame will award the 2018 Laetare Medal to Missionaries of Jesus Sister Norma Pimentel, executive director of Catholic Charities of the Rio Grande Valley in Texas. Pimental, the daughter of Mexican immigrants, has been a staunch advocate of migrants and refugees.

"Jesus said, 'when I was a stranger, you invited me in,'" Holy Cross Fr. John Jenkins, Notre Dame's president, said in the university's announcement of the award. Sister Norma Pimentel has given her life to welcoming Christ in the immigrant and refugee. In awarding her the Laetare Medal, Notre Dame celebrates her witness of seeking and generously serving Christ in the most vulnerable."

According to the university, the annual award, so named because its recipient is announced on Laetare Sunday, the Fourth Sunday of Lent, "was conceived as an American counterpart of the Golden Rose, a papal honor that antedates the 11th century," and is given to an American Catholic "whose genius has ennobled the arts and sciences, illustrated the ideals of the Church and enriched the heritage of humanity."

Pierre spoke to seminarians, faculty and university leaders about how a new evangelization "is the core of the new missionary spirit that must take hold of the church," as well as priestly formation, Pope Francis' care and concern for seminarians, and Catholic seminary education.

"The 'rarified air' of the seminary cannot be one that isolates or quarantines seminarians from the globalized and polarized world in which we live," Pierre said. "Rather, the 'rarified air' of the seminary should be one in which the rich cultures of a universal church in a globalized world are experienced, offering challenges and opening new horizons."

According to the press release, "Award criteria included: demonstrated need; likelihood to result in increased recycling of beverage containers and other recyclables; planning and organization, including a well thought out implementation strategy; a well-organized proposal; and reliability of plan to track recyclables collected in an accurate manner."

The university will use the money on 30 new recycling bins for its five residence halls. Student government is also planning "an event to promote recycling on campus and create awareness of the grant and new bins," the university says.

BROOKLYN, N.Y. — InsideClimate News, a media outlet that was awarded a Pulitzer Prize in 2013, is launching a new Institute for Environmental Journalism, a three-week intensive program for high school students and recent graduates July 9-27 at St. Joseph’s College in the Clinton Hill neighborhood of Brooklyn, New York.

According to Greenability, students in the program "will work with award-winning journalists who research and write about climate change, environmental justice and clean energy," and "learn how to write an original story, develop sources, the scientific process, climate science, clean energy technology and media literacy."

The institute says it is "seeking motivated and curious students who are preparing for college — students who want to explore journalism and immerse themselves in reporting on the most pressing environmental challenges of our time." Those interested in applying can visit the institute's webpage for more information.