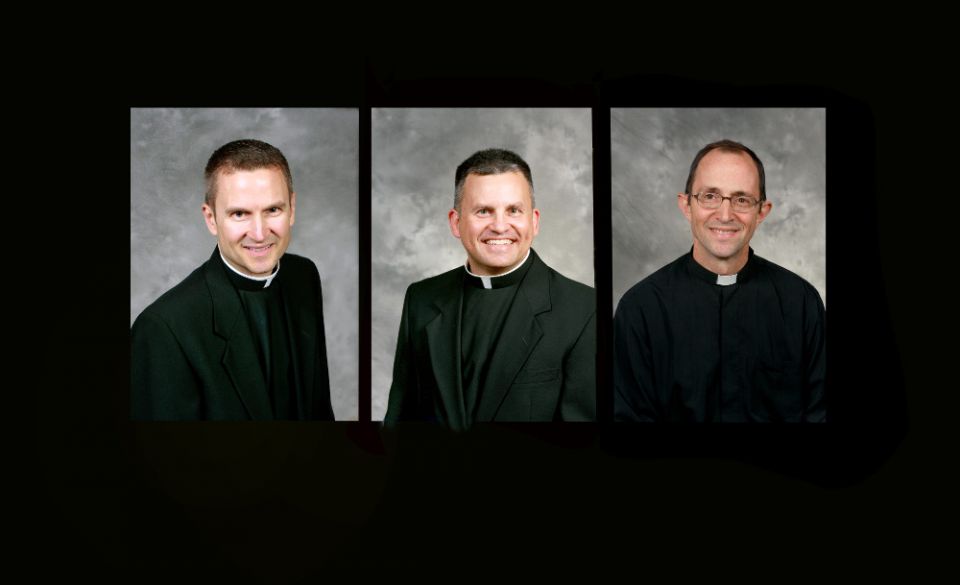 Rassas and Kane are 75, the age at which canon law requires bishops to submit their resignation to the pope.

The changes were announced in Washington July 3 by Archbishop Christophe Pierre, apostolic nuncio to the United States.

The ordination of the bishop-designates will take place at Holy Name Cathedral Sept. 17.

"We are blessed to have had the service of Bishops Rassas and Kane for so many years. They have made significant contributions both as priests and as episcopal vicars, and I express my gratitude for their ministry," said Cardinal Blase Cupich of Chicago in a July 3 statement.

He also noted that the bishop-designates were seminary classmates and "share a fluency and interest in Hispanic language and culture so vital in serving our parishioners. Each of them has distinguished himself through dedication, service and a lifelong witness to the Gospel. We welcome their ideas and energy as we renew the church."

Bartosic and Casey will serve as episcopal vicars once successors are named at their present parish assignments. Hicks will remain in his role as vicar general of the Archdiocese of Chicago.

Bartosic was born in Neenah, Wisconsin, in 1961 and was raised in Ohio. He received a bachelor's degree in theater from Ashland University in Ashland, Ohio, and a master of divinity degree and a licentiate in sacred theology from the University of St. Mary of the Lake in Mundelein, Illinois.

Like the other bishop-designates, he was ordained a priest for the Archdiocese of Chicago by Cardinal Joseph Bernardin in 1994. He served as associate pastor and then pastor at several Chicago parishes. Since 2016, he has served as pastor of Assumption of the Blessed Virgin Mary in Chicago and director of the Kolbe House Jail Ministry.

Casey, born in 1967, was raised in a suburb of Chicago. He received a bachelor's degree in English from Niles College of Loyola University Chicago and a master of divinity degree from the University of St. Mary of the Lake.

He was first assigned as associate pastor to St. Ita Parish in Chicago. Four years later, he was named associate director, and then director of Casa Jesus, a house of discernment for Hispanic priesthood candidates.

In 2003, he was named pastor of Our Lady of Tepeyac Parish in Chicago. Five years later, he co-founded Taller de Josè, a sponsored ministry of the Congregation of St. Joseph that offers accompaniment to people in need. It is described on its website as ministry to "connect people to services and services to people."

In recent years, he has served as pastor at two other Chicago parishes. He currently serves on the placement board of the Archdiocese of Chicago, assisting with assigning priests to parishes. He also has been part of the Priest Steering Committee for the Chicago archdiocesan program "Renew My Church."

Hicks, born in 1967, also was raised in a Chicago suburb. He received his bachelor's degree in philosophy from Niles College of Loyola University Chicago. Like the other bishop-designates, he received his master of divinity degree and his ministry doctorate from the University of St. Mary of the Lake.

He worked as an associate pastor at two Chicago parishes and was the dean of formation at St. Joseph College Seminary in Chicago.

In 2005, with permission from Cardinal Francis George, he moved to El Salvador to begin his five-year term as regional director of Nuestros Pequeños Hermanos in Central America — a ministry dedicated to caring for more than 3,400 orphaned and abandoned children in Latin America and the Caribbean.

When he returned to the Chicago Archdiocese, he served as the dean of formation at Mundelein Seminary while assisting with weekend Masses at St. Jerome Parish in Chicago. He was appointed vicar general by Cardinal Cupich in 2015. Since then, he has celebrated Mass in a different archdiocesan parish each weekend.

Marchers carry crosses through Chicago in memory of murder victims