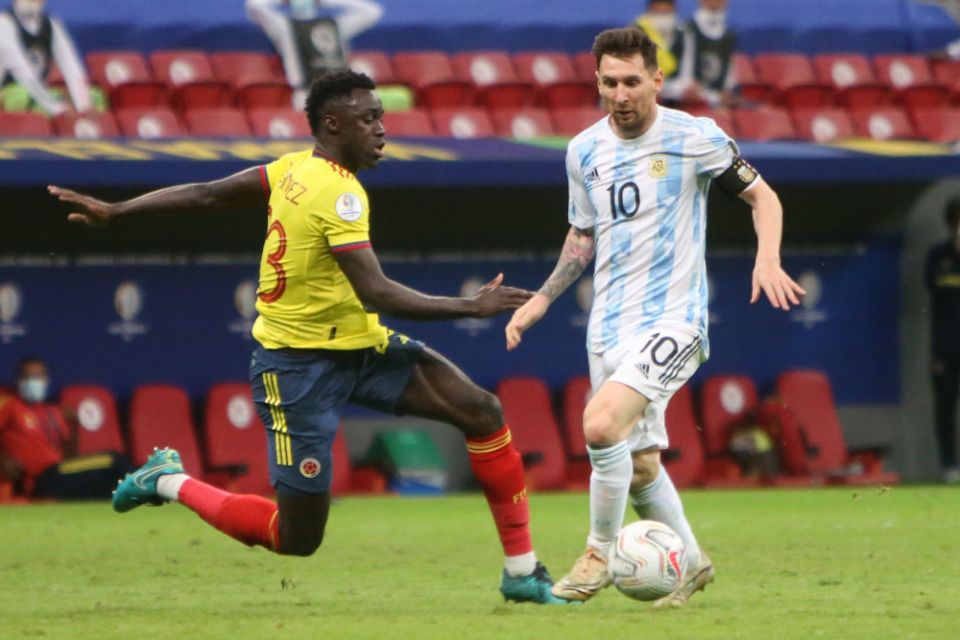 José Arnulfo-Cabrera and his friends were having a hard time finding a place to watch the Copa América semi-final game between Argentina and Colombia, when they stumbled upon a taqueria in Cleveland Heights, a suburb of Cleveland. The owner opened the downstairs for the group, and the staff stayed after closing to join them in watching the game. They even threw in a few free beers.

"Moments like these remind me that no matter where we are, even if we have just met, Latinos have each other's backs," said Arnulfo-Cabrera, who does immigration advocacy for the Ignatian Solidarity Network.

"The love of soccer always brings us together," he said.

Latinx Catholic theologians agree. Sports has the power to bring communities together, and the Copa América — the oldest national football competition, which has been bringing South American teams together since 1916 — connects Latinos in the United States too.

"Sports have the power to invoke memories of home and country and the bonding of community," said Carmen Nanko-Fernández, professor of Hispanic theology and ministry and director of the Hispanic Theology and Ministry Program at Catholic Theology Union in Chicago.

That is true for Laura Muñoz Lopez, a former lobbyist for the Network Catholic lobby, a native of Colombia and lifelong soccer fan.

"Most of my family is very into watching every game and we text each other when there is a game coming up to make sure we don't miss it," she told NCR. "Watching Copa América definitely brings me back to the moments where I would sit in my living room surrounded by family watching the game."

Because of her previous undocumented status, she had been unable to travel back to Colombia. "So it was really important for me to stay connected to my country through the sport."

Another South American soccer fan: Pope Francis, who has spoken about his memories of watching soccer with his family and playing near his home with other kids in his home country of Argentina.

The pope's home team will play in the final game July 10 against Brazil.

Some see an explicit connection between religion and sports. Nanko-Fernández, a columnist for NCR, has studied the intersections between faith and popular culture with particular attention to baseball, and is working on a book about Puerto Rican professional baseball player Roberto Clemente.

"Sports have the power to invoke memories of home and country and the bonding of community."

"Sports have been seen as religion because it has a ritual component and collective identity," she said. "For Latinos, religion and soccer are lo cotidiano, part of everyday life. Watching soccer bonds communities."

For Muñoz-Lopez, one ritual is that she superstitiously refuses to wear her Colombian jersey in case it's bad luck. "Sometimes I am even hesitant to watch the game because it feels like every time I watch, my team loses!" she said.

Milton Javier Bravo, an Ecuadorian American and theologian, sees liturgical images in this soccer tournament: from the national anthems and other songs, to the moment of silence for COVID-19 victims and first responders, to depictions of families watching the game.

This year's Copa América was originally set to be co-hosted by Colombia and Argentina, but social protests in Colombia and rising cases of COVID-19 in Argentina left both countries unable to host the tournament. In the midst of questions about if and when the tournament should be played during the pandemic, organizers ultimately decided that Brazil would host, despite the country's equally high numbers of cases. 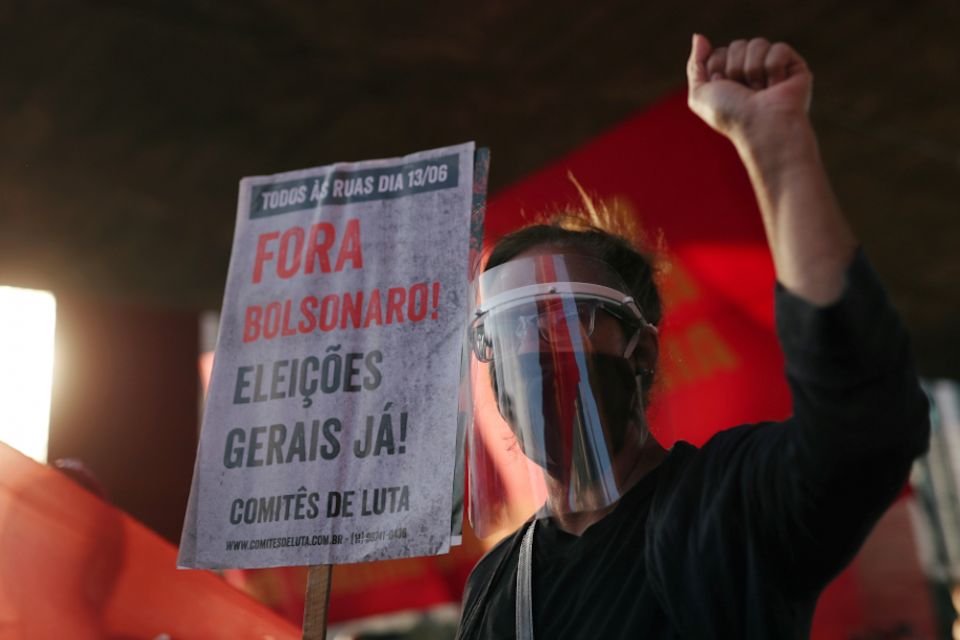 A demonstrator wearing a protective face shield and mask holds a banner during a protest against Brazilian President Jair Bolsonaro July 26, 2020, in Sao Paulo (CNS/Reuters/Amanda Perobelli)

Tensions have been high in Brazil this year. Brazil's President Jair Bolsonaro has been criticized for his mishandling of COVID-19. The country has surpassed 500,000 deaths and as of June 20th, only 11% of the population has been vaccinated. In January, 380 Brazilian Christian religious leaders filed an impeachment request against Bolsonaro, including four bishops and many Catholic religious. The decision to host Copa left many Brazilians outraged, calling the game "Cova América."

While government health authorities and Copa América's organizers promised to enforce strict protocols, at least 165 new cases have been linked directly to the tournament. Thirty-seven of those cases were players, coaches, trainers and other team personnel, while 125 were drivers, caterers, cleaners and others providing services for the tournament.

On Saturday, fans worldwide, including in the U.S., will once again come together to cheer for either Brazil or Argentina, or to just enjoy a love of soccer with family and friends. Two of South America's best players, Lionel Messi and Neymar, will face off in this much anticipated final.

Arnulfo-Cabrera will have his eye on Messi, Argentina's forward and captain. "And I will be going back to the taqueria to watch with everyone again."