Duluth bishop dies after heart attack; he was 'greatly loved' by all 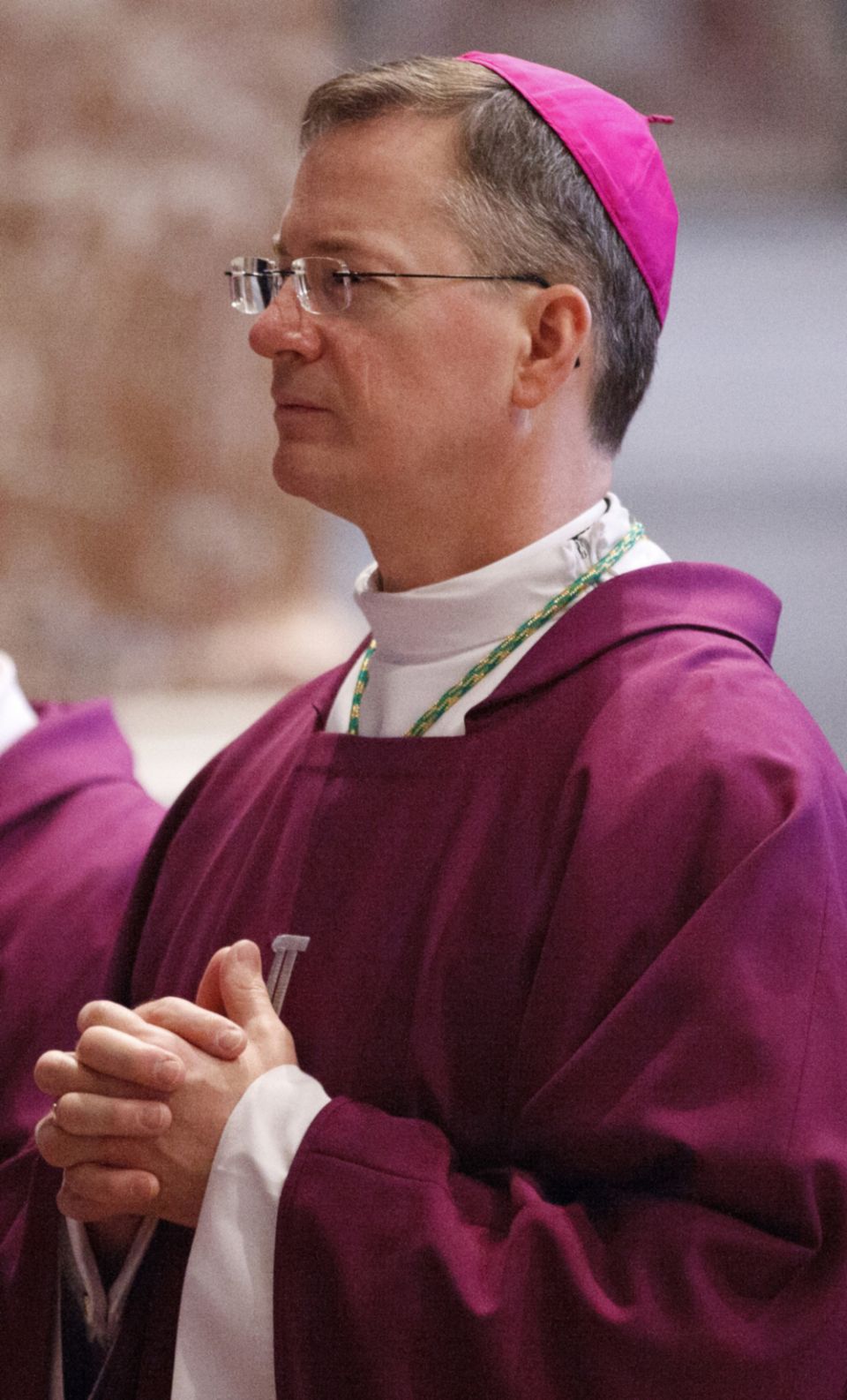 Bishop Paul Sirba of Duluth, Minn., is seen during "ad limina" visits with other bishops at the Vatican March 6, 2012. Sirba, 59, was at St. Rose Catholic Church in Proctor, Minn., when he suffered a heart attack Dec. 1, 2019. He was rushed to Essentia Health-St. Mary's Medical Center in Duluth where lifesaving measures were unsuccessful. (CNS/Paul Haring)

According to a statement from the diocese's vicar general, Fr. James Bissonette, Sirba suffered cardiac arrest at St. Rose Catholic Church in Proctor and was rushed to the medical center where lifesaving measures were unsuccessful.

He died shortly after 9 a.m. He received last rites from Fr. John Petrich, a hospital chaplain.

"Words do not adequately express our sorrow at this sudden loss of our shepherd," Bissonette said. "We have great hope and faith in Bishop Sirba's resurrection to new life, and have confident assurance that he will hear the words of our Lord: 'Well done, good and faithful servant, enter in the joy of your Master.'"

Sirba grew up in Bloomington, Minnesota, and attended Nativity of Mary Catholic School in Bloomington, Academy of Angels in Richfield and the University of St. Thomas in St. Paul. After studying at the St. Paul Seminary in St. Paul, he was ordained a priest for the Archdiocese of St. Paul and Minneapolis in 1986.

Archbishop John Nienstedt appointed him vicar general and moderator of the curia for the archdiocese in July 2009. Pope Benedict XVI appointed him bishop of Duluth and he was ordained a bishop in December 2009. He succeeded Bishop Dennis Schnurr, who was appointed coadjutor archbishop of Cincinnati and is now head of the Ohio archdiocese.

Bissonette asked for prayers for the bishop, his family and the diocese. Funeral arrangements are pending.

In a Dec. 1 statement, Hebda said that his heart "goes out to Bishop Sirba's family and to the priests and faithful of the Diocese of Duluth as this grieve his sudden passing."

"A native son who loved Christ and his church, he will be missed throughout this archdiocese as well," he said. "A man of prayer and discernment, he will long be remembered for his humble and compassionate Christ-like service.

"While saddened by his passing, I give thanks to God for Bishop Sirba's friendship, example and counsel, for his leadership of this Church of Duluth, and for the fruits that are still being harvested from his selfless ministry as a priest of this archdiocese. May he rest in peace."

Fr. John Ubel, rector of the Cathedral of St. Paul in St. Paul, told the congregation at the noon Mass Dec. 1 about Sirba's death, saying he had learned of it just two hours earlier. He incorporated the sad news as part of his sermon on the Gospel of St. Matthew and the Lord's coming "at an hour you do not expect."

That passage hit particularly close to home, Ubel said. Several in the congregation gasped with recognition, even as Ubel said some may have known Sirba as a priest of the archdiocese.

After the Mass, Ubel told in The Catholic Spirit, the archdiocese's newspaper, that he and Sirba became close friends while they lived and served at St. Paul's seminaries from 1994 to 1998, Ubel as co-director of vocations for the archdiocese and then-Fr. Sirba as a spiritual director at St. John Vianney College Seminary.

They had recently spent a week together in Europe, along with Sirba's brother, Fr. Joe Sirba of the Duluth Diocese, honoring the lineage of the Sirba family along the borders of Austria and the Czech Republic. The founders of St. Agnes in St. Paul, where Sirba said his first Mass as a priest and Ubel served as pastor from 2006 to 2012, also hailed from that region, Ubel noted.

Sirba was a particularly holy priest because of his "tremendous goodness, his kindness, his gentleness," Ubel said. Sirba was a humble servant in his service to the church, including as a bishop, Ubel said, while recalling that Sirba would have celebrated his 10th anniversary as a bishop Dec. 14.

"It's a great loss for the Diocese of Duluth. He was greatly loved by the laity, clergy and religious alike," Ubel said.

People | Duluth bishop dies after heart attack; he was 'greatly loved' by all

Diocese of Winona-Rochester settles with abuse survivors for $21.5 million