by Kate Oatis
People
This article appears in the Saints Next Door feature series. View the full series. 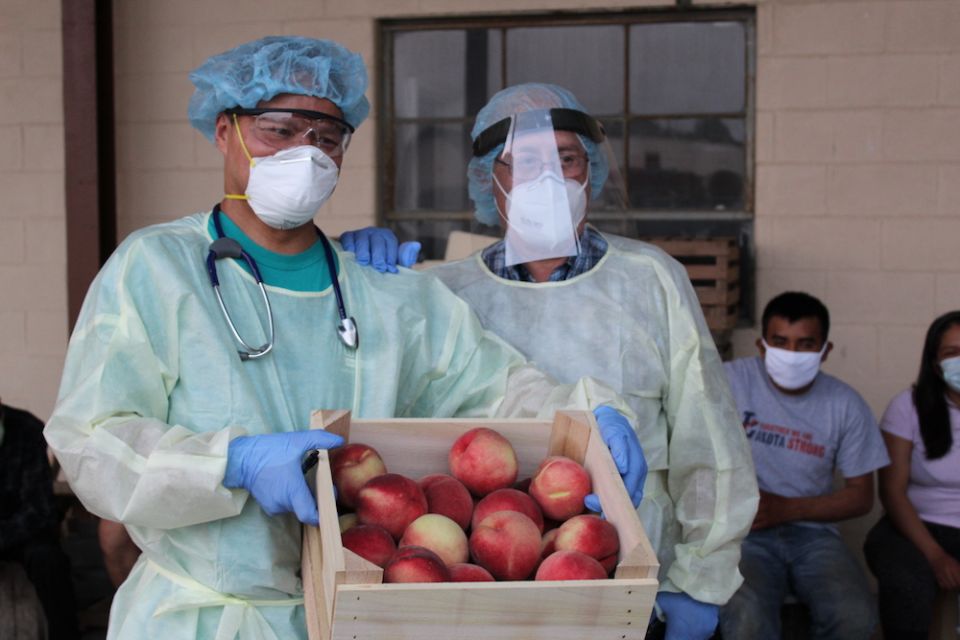 Editor's note: On Holy Thursday, Pope Francis prayed for the dead as well as for the priests, doctors and nurses who he said represented the "saints next door" during the coronavirus pandemic. National Catholic Reporter and Global Sisters Report are bringing the stories of Catholics in this crisis, including those whose service brings hope.

The 13 migrant workers stood and sat among bales of hay under the portico of a barn at Eshleman Farm in Clyde, Ohio, waiting for the medical team to arrive to minister to them on a hot August day. If it were not for the breezes moving steadily in from the southwest, their smiles and gentle banter might have given way to silent stares and sweat pouring from brows.

They were waiting to be tested for COVID-19, a request made by Ohio Gov. Mike DeWine to Perrysburg, Ohio, physician Dr. Richard Paat and Baldemar Velasquez, founder of the Farm Labor Organizing Committee (FLOC).

Velasquez and Paat have been working together on behalf of northwest Ohio's migrant communities for the past dozen years.

"We started screening clinics to make sure workers are being taken care of properly," Paat told NCR. "Then the governor asked FLOC to help out at camps in Wood, Sandusky and Lucas counties to test workers for the virus. We work with the local health department in each county."

Paat is accustomed to serving marginalized communities in his community and to traveling overseas on medical missions he organizes. He's led 88 medical and disaster relief teams and treated more than 127,000 patients throughout the world. When the coronavirus hit, he stepped up his local efforts. "We're not going overseas again until there's a vaccine," he said.

The migrant workers watched as the team arrived and quickly unloaded tables, chairs and plastic totes full of equipment and set them up under the portico. Braulio Franco, a FLOC interpreter, helped explain medical procedures and protocols, as needed.

They also looked for signs of poor living conditions. "Are they being asked to work longer hours? Are they getting the wages they were promised? Are they being threatened with deportation? Are they being sexually abused? We ask a lot of questions, and if there are problems, we try to fix them or get help," Paat explained. "These people are here to do the work no one wants to do, and they usually work 12-hour days, often in the hot sun."

Velasquez was the sharp-eyed monitor, listening and watching, ready to step in as advocate for the people he serves. When asked what motivated him in 1967 to found FLOC, he said, "I was tired of seeing my family treated so badly."

He'd grown up in a migrant farmworker family in Texas. Every year, his family would migrate to the Midwest and elsewhere, following the crops to work in the fields, often living in barns and converted chicken coops. Since 1967, he's offered protection for migrant workers through FLOC.

In Paat, Velasquez found a kindred spirit. The physician has been providing free medical care to the uninsured and homeless of the Toledo area for 15 years. He founded and runs University of Toledo's CommunityCare Clinics, which offer free medical care, especially for those without insurance, and operate a traveling clinic that serves people who are homeless. In the summer, he's busy with the mobile migrant worker clinic and, in the fall, he runs the medical tent for the homeless.

"These free clinics assist more than 4,000 patients throughout the Toledo region who otherwise would have limited access to medical care," he said.

A clinical professor at the University of Toledo College of Medicine and Life Sciences, Paat serves as chairman of medical missions for the Special Commission on Relief and Education of the Filipino Association of Toledo. Since his first medical mission in 1994, his teams have provided emergency care after earthquakes, tsunamis, super-typhoons and hurricanes in the United States, the Philippines, Indonesia, Nepal, Honduras, Haiti, Puerto Rico and the Bahamas.

"We partner with numerous groups, including churches, medical schools, the Rotary and Lions clubs, Catholic Charities, the Peace Corps, governments and the World Health Organization," he told NCR.

Paat also runs a full-time internal medicine practice and serves on the faculty at San Juan Bautista School of Medicine where he involves healthcare students in his mission activities.

"I enjoy helping young people, especially those studying for healthcare professions," he said during one of the free weekly clinics in Toledo in early September, which screened people for blindness, women's health problems, respiratory problems, diabetes and more.

He was joined by three nurses, five medical doctors and several medical students. Rachel Arens, a second-year student at the University of Toledo Medical Center, said the students review treatment options with Paat. 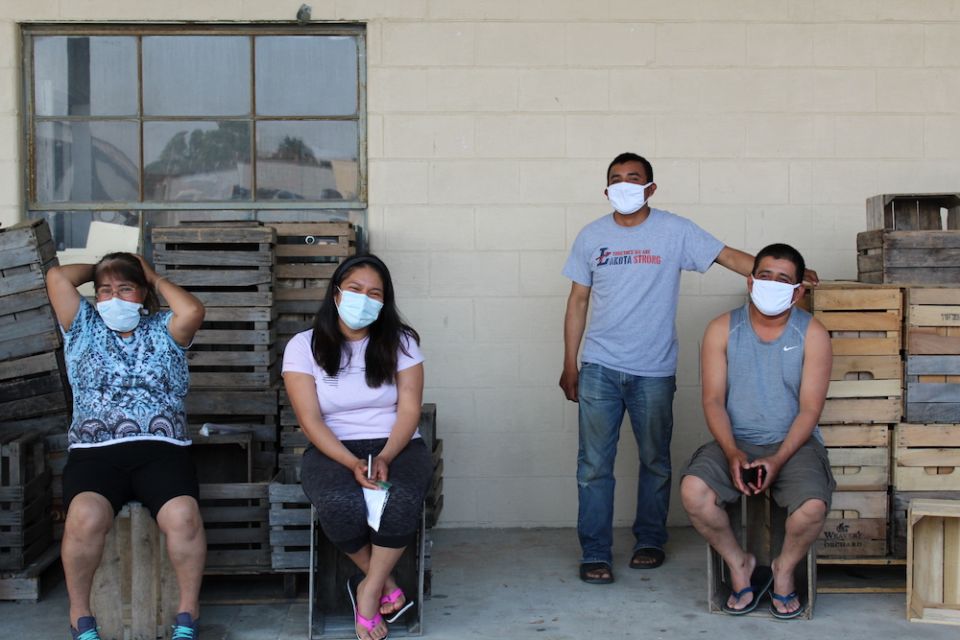 "It's important for us to be able to walk with people from different socioeconomic backgrounds," she emphasized. "I really value this experience."

Paat serves as faculty advisor for two service organizations at University of Toledo's medical school and mentors Catholic high school students during their senior projects. He has organized 15 international medical mission and two migrant worker healthcare conferences and has trained and housed more than 20 international physicians who then went back to serve in their home countries. Appointed by former Ohio Governor John Kasich to serve on the Asian American Pacific Islander Advisory Council for the State of Ohio, he chaired the health committee.

Before the pandemic, the physician coached volleyball at Queen of Apostles School in east Toledo and ran the Toledo Starlings Volleyball Club for girls, teaching fitness, fighting childhood obesity and instilling confidence.

"The club helped children from Mexico and Haiti obtain life-saving surgeries in Toledo and traveled to Haiti to help train the Junior National Team and support a grade school," he told NCR. "They also partnered with a volleyball club in Yabucoa to play at the Starlings National Championships in San Diego." 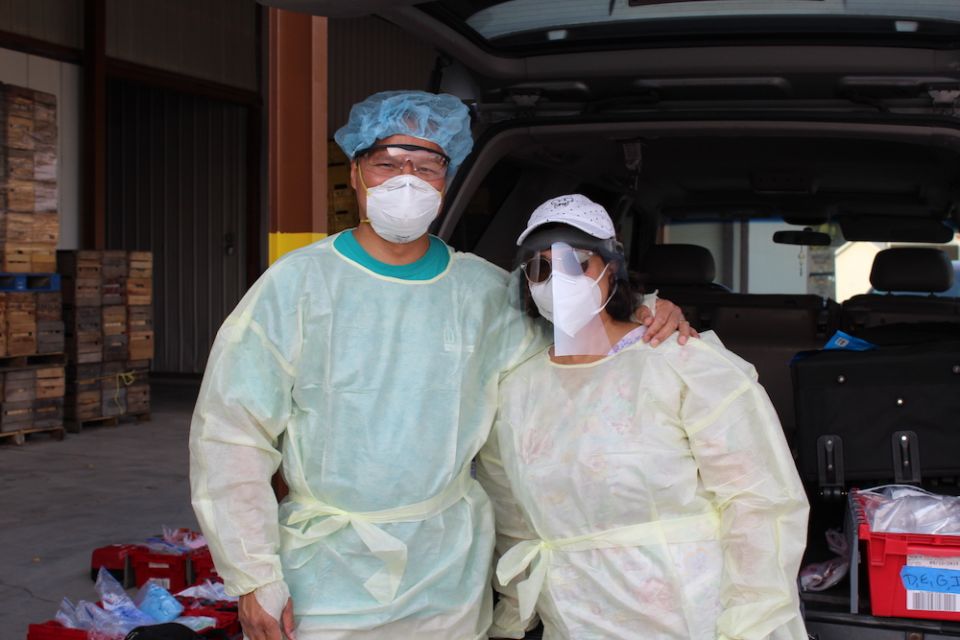 Dr. Richard Paat, left, with his wife, Myra, a nurse, on site at Eshleman Farm in Clyde, Ohio (Kate Oatis)

The busy physician has served as the volunteer medical director of an NGO that provides free surgical care for indigent children and was awarded an $115,000 grant from the Gates Foundation to implement a health promoter training program in Tanzania.

"This program now educates local villagers in Guatemala, Honduras and Haiti, allowing basic medical care to exist even after my teams are gone," Paat explained. "Helping people be self-sufficient is one of the goals."

Paat has been inducted into two halls of fame: St. John's Jesuit, his high school alma mater, and the Medical Mission Hall of Fame Foundation. He is a two-time recipient of both the Jefferson Award for Public Service and the Dean's Award for Teaching Excellence. He has received the Humanism in Medicine Award, Healthcare Hero Award, Outstanding Alumnus Award from the University of Toledo, and the Volunteerism Award from the American College of Physicians.

He and Myra are parishioners of St. Rose Church in Perrysburg. They reserve Friday evenings for date night. "We're pretty busy. Even though we do a lot of medical activities together, it's important to also spend time alone with each other."

There's a cross hanging from the mirror of the 2001 Sequoia van he drives to his mission clinics. On it are the words, "Angels are watching over you," a message he takes to heart.

"God always protects us," he said. "He has given me a set of skills to use in the world. If I didn't use them to help people, it would feel like a sin." 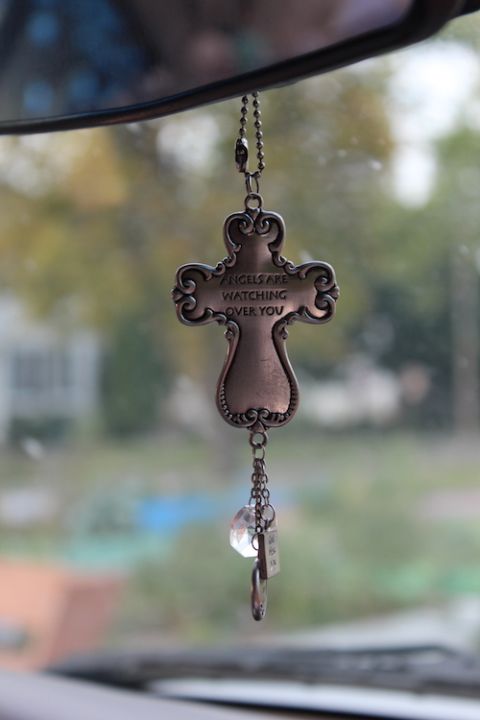 [Kate Oatis is editor of a community newspaper in northwest Ohio. She was features editor for the Catholic Chronicle, newspaper for the Diocese of Toledo.]

People | 'God has given me a set of skills' to help others, says doctor, mentor, volunteer