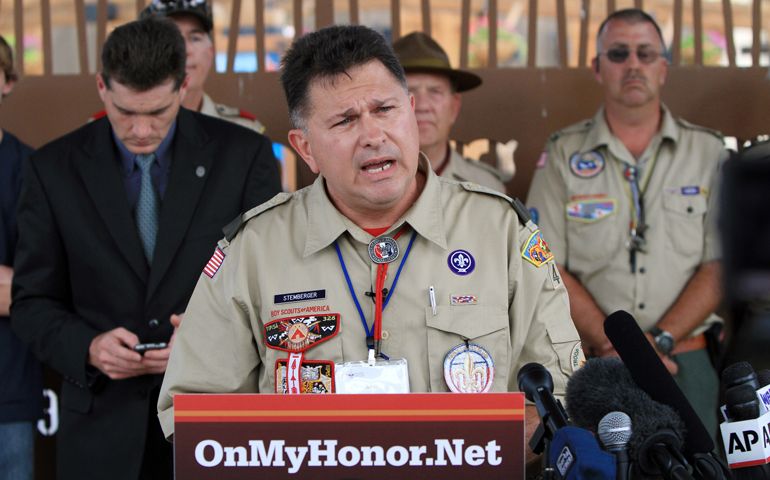 A fledgling organization that opposed the Boys Scouts of America's decision to accept openly gay Scouts announced Tuesday it will launch an alternative group with a Christian worldview.

"It's our vision to be the premiere national character development organization for young men which produces godly and responsible husbands, fathers and citizens," announced Rob Green, interim executive director of the as-yet-unnamed organization.

"The organization's membership policy will focus on sexual purity rather than sexual orientation," Green said in a conference call with reporters.

John Stemberger, founder of OnMyHonor.net, which opposed the BSA policy change, differentiated between the inclusiveness of the BSA and the new organization.

"The issue with Scouting is just that when you're going to allow a young man to be in the program to be openly flaunting sexuality, that's just inappropriate and parents do not think that's a clean and safe environment for their kids," he said.

About 50 leaders, including representatives of religious denominations and veteran Scout officials, gathered June 29 in Louisville, Ky., and decided to launch the group on Jan. 1, the day the BSA policy change becomes effective.

Green, a former BSA executive in Florida and South Carolina, said boys of any religion will be welcome but adult leaders will be required to adhere to a statement of faith. He said the group's provisional faith statement mirrors that of American Heritage Girls, an independent faith-based organization viewed as an alternative to the Girl Scouts.

The BSA declined to comment specifically on the new group.

"It would be inappropriate for us to discuss other organizations," said BSA spokesman Deron Smith. "We remain focused on reaching and serving youth in order to help them grow into good, strong citizens."