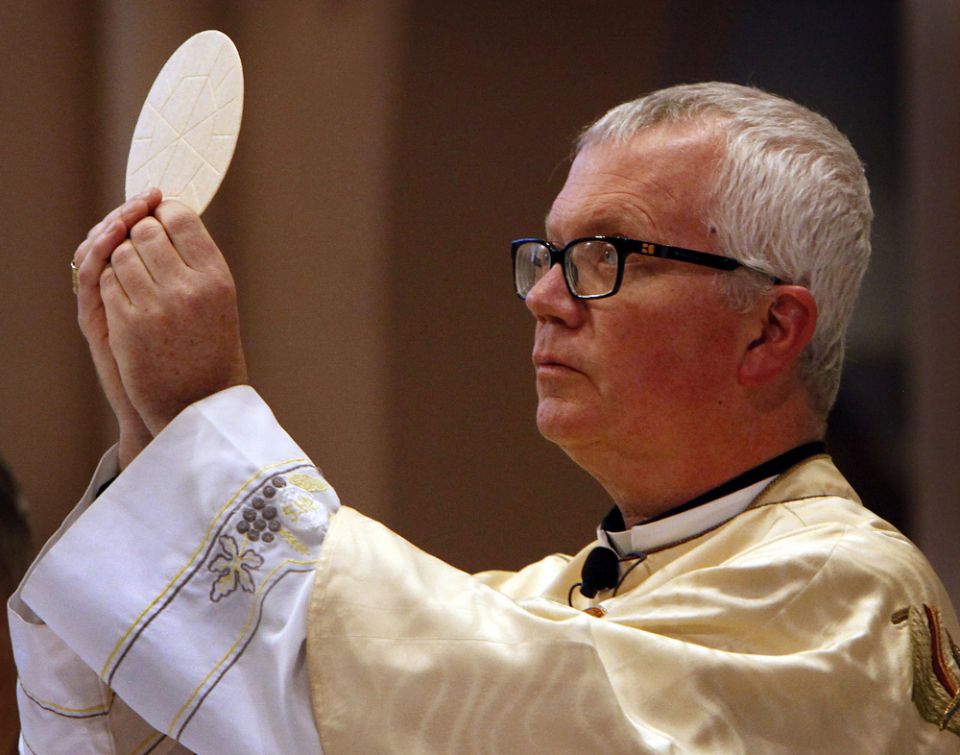 The appointment was announced April 25 in Washington by Archbishop Christophe Pierre, the Vatican nuncio to the United States.

Hying, 55, is a native of Wisconsin. He was installed as the bishop of Gary Jan. 6, 2015. Before that, he had been an auxiliary bishop for the Archdiocese of Milwaukee since 2011.

In Madison, he succeeds the late Bishop Robert Morlino, the diocese's fourth bishop, who died unexpectedly Nov. 24, 2018. The 71-year-old bishop was undergoing planned medical tests when he suffered what doctors described as "a cardiac event" at St. Mary's Hospital in Madison and he never recovered.

"I bring you news of great joy!" Msgr. James Bartylla, Madison's a diocesan administrator, told the faithful in a statement about their new bishop. He said he announced the news of the appointment "with honor and great pleasure."

He said the diocese was "deeply grateful" to Pope Francis for appointing Hying. "Please join us in prayer to Our Lord and Savior Jesus Christ for Bishop Hying and his episcopal ministry, as we look forward to his installation as the fifth bishop of Madison."

The date of the installation Mass had not yet been announced. The bishop's motto is "Caritas Numquam Excidit — Love Never Fails" (1 Cor 13:8).   "I am grateful and energized by this appointment made by Pope Francis to serve the Diocese of Madison and to minister to the people of God in south-central and southwestern Wisconsin," Hying said in a statement.

"My father was originally from this beautiful part of Wisconsin as part of a hardworking, farming family in Iowa and Grant counties," he continued. "Many of my relatives live here. I look forward to being part of this rich history of Catholic faith and continuing to sow the seeds of faith in this local church as we continue to reap the bountiful harvest of my predecessor, especially by deepening our common call to missionary discipleship and to nurturing priestly vocations."

Donald Joseph Hying was born Aug. 18, 1963, in West Allis, Wisconsin, to Albert and Catherine Hying. The youngest of six sons, he attended Jesuit-run Marquette University in Milwaukee. He has a master's of divinity from St. Francis de Sales Seminary in suburban Milwaukee. He completed his class work in the doctor of ministry program at the University of St. Mary of the Lake-Mundelein Seminary in Illinois.

Ordained a priest of the Archdiocese of Milwaukee May 20, 1989, his first priestly assignment was as associate pastor for St. Anthony Parish in Menomonee Falls, 1989-1994. Hying then served from three years as a team member for La Sagrada Familia Parroquia, Dominican Republic. He returned to the United States in 1998 for parish assignments.

After serving as pastor of Our Lady of Good Hope Parish in Milwaukee from 1999 to 2005, he was named dean of formation at St. Francis de Sales Seminary. In 2007, then-Milwaukee Archbishop Timothy Dolan appointed him rector of the seminary; he served in the post until 2011.

On May 26, 2011, Pope Benedict XVI named Hying to be an auxiliary bishop for Milwaukee. His episcopal ordination was July 20 of that year. On Nov. 24, 2014, Pope Francis appointed Bishop the bishop of Gary, where he succeeded the retiring Bishop Dale Melczek. Hying was installed at the Cathedral of the Holy Angels in Gary Jan. 6, 2015.

In his statement on his appointment to Madison, Hying told the Catholics of the Gary Diocese: "It has been a great joy to encounter many of you in my visits to our parishes and schools and to accompany you as we experienced the outpouring of Holy Spirit's presence during our diocesan synod process.

"I have already witnessed the first fruits of this historic event and pray that the Spirit will continue to strengthen the faith at all levels — individuals, families, parishes and the entire Diocese of Gary."

Hying said when he was first told of his new appointment, "I felt a particular regret knowing that I will no longer share in the continued renewal that is taking place and thinking about all the wonderful people I will miss."

"Yet," he added, "I surrender it all to Our Lord knowing that all the hard work, prayers and sacrifice will continue to be boldly carried on by the priests, religious and laity who make up this local church of northwest Indiana."

He assured them of his "heartfelt prayers" and asked for their prayers "as I begin anew in southwestern Wisconsin!"

The 11-county Diocese of Madison has a Catholic population of over 288,000 Catholics. It has 102 parishes and is served by almost 100 active priests. Its 44 grade schools, two high schools and one college — Dominican-run Edgewood College — educates over 7,200 students.

Bishops around U.S. respond with 'sorrow' to abuse report, vow to act