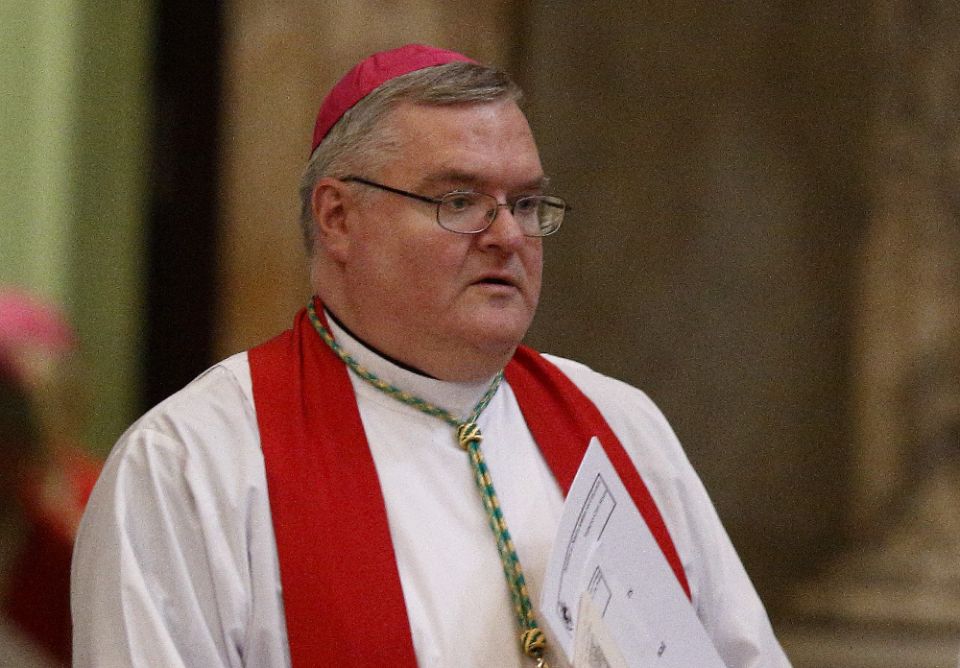 Auxiliary Bishop Joseph Siegel of Joliet, Ill., has been named by Pope Francis to head the Diocese of Evansville, Ind. He is pictured celebrating Mass at the Basilica of St. Paul Outside the Walls in Rome in this 2012 file photo. (CNS/Paul Haring)

He succeeds Archbishop Charles Thompson, who was appointed in June to lead the Archdiocese of Indianapolis.

The appointment was announced in Washington Oct. 18 by Archbishop Christophe Pierre, apostolic nuncio to the United States.

Siegel, 54, has been vicar general of the Joliet Diocese since 2011. He will be installed as the sixth bishop of Evansville Dec. 15.

"Over the past six years, I have come to appreciate Bishop Siegel's many gifts and talents," Joliet Bishop Daniel Conlon said in a statement. "It has been a blessing to work with him.

"He has been a great asset to the Church of Joliet, both as a priest and a bishop," said. "I am confident that he will prove to be an effective and loving pastor in Evansville. May God bless him and the people he has been called to serve."

Born July 18, 1963, in Lockport Township, Illinois, Siegel is the youngest of nine children. He attended Rome's Pontifical Gregorian University and the Pontifical University of St. Thomas, also known as the Angelicum. He received his license in systematic theology at the University of St. Mary of the Lake in Mundelein, Illinois.

He was ordained a priest for the Diocese of Joliet in 1988 and served in a number of parishes before being named an auxiliary bishop for the diocese by Pope Benedict XVI Oct. 28, 2009. He was ordained a bishop Jan. 19, 2010, by then-Bishop Peter Sartain of Joliet, who is now Seattle's archbishop.

At the Catholic Conference of Illinois, the public policy arm of the state's Catholic bishops, he served on the Executive Committee and was chairman of the Catholics for Life Department. He chaired the steering committee for the Joliet diocesan Year of the Eucharist and eucharistic congress and has been a member of the Bishops' Respect Life Advisory Board. He is a fourth-degree Knight of Columbus and a member of the Knights of the Holy Sepulchre.

The Diocese of Evansville covers more than 5,000 square miles. It has a total population of about 513,000; Catholics number just over 76,200, or 15 percent of the population.

Pope Francis remakes the American hierarchy, one bishop at a time

Death of prelate illustrates complicated situation of bishops in China