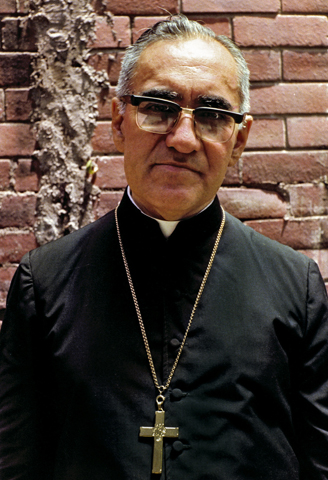 A Vatican commission of theologians has reportedly declared that Salvadoran Archbishop Oscar Romero was assassinated as a martyr for the Catholic faith, a pivotal step in the sainthood process for the prelate known for radically calling on the church to stand with the poor and oppressed.

News of the declaration -- reportedly made unanimously Thursday by a commission of theologians at the Vatican's Congregation for the Causes of the Saints -- was first reported Friday by the Italian daily Avvenire, which is published by the country's bishops' conference.

An official at the congregation said Friday he could not speak on the matter, referring questions to the Vatican's press office. As of late morning in Rome, the press office had not confirmed the declaration.

Romero was archbishop of San Salvador during the bloody and tension-filled time leading up to his country's 1979-1992 civil war. Shot dead while celebrating Mass in 1980, the archbishop has long been considered a saint by many in Latin America, but the official Vatican process of sainthood had lingered for years.

Some had speculated that there was unease among church prelates -- including Popes John Paul II and Benedict XVI -- because of Romero's embrace of liberation theology, a type of Christian theology that posits that Christ did not just seek liberation from sin but every type of oppression.

One month after Francis' March 2013 election, Francis had a meeting with the official promoter of Romero's sainthood, Archbishop Vincenzo Paglia. Coming out of the meeting, Paglia said the pope had told him the process to eventually canonize Romeo had been "unblocked."

Francis said the Vatican's Congregation for the Doctrine of the Faith had blocked Romero's cause for "prudential reasons," responding to a question on the papal plane back from his trip to South Korea in August.

"Now it is unblocked." Francis said then. "Right now the postulators have to move forward because there are no obstacles."

The finding from the Vatican congregation would essentially clear the way for the Salvadoran archbishop's beatification, a formal recognition by the church that he is likely in heaven and the final step before he can be declared a saint.

While recognition of beatification normally requires that a miracle be proven to have been caused by the deceased person, martyrs of the faith do not have to meet that requirement.

The finding of Romero's martyrdom by the Vatican congregation's commission of theologians will now have to be approved by the bishops and cardinals who serve as the congregation's members before coming to Francis for final approval.

While the final step of sainthood for Romero would normally require proof of a miracle caused by the late archbishop, Francis has previously dispensed that requirement several times in order to quickly approve sainthood for others.

Romero, who was appointed as the archbishop of San Salvador by Pope Paul VI in 1977, was killed in 1980 one day after he had given a sermon calling on soldiers in his country to stop enforcing his government's policies of oppression and violations of human rights.

The archbishop spoke out frequently against the government of the time. He also wrote a letter to U.S. President Jimmy Carter a month before his murder, criticizing the president's decision to recognize the government and to send military aid.

Recognition of Romero's martyrdom -- which states that the archbishop was killed in odium fidei, Latin for "in hatred of the faith" -- could have wider consequences for other sainthood causes as well.

Francis said on the Korean papal flight that one of the questions the Vatican congregation faced was whether such hatred could be proven only against a person's belief or also against the good works the person did because of their belief.

"What I would like is a clarification about martyrdom in odium fidei, whether it can occur either for having confessed the Creed or for having done the works which Jesus commands with regard to one's neighbor," Francis said. "And this is a task for the theologians. They are studying it."

"Because after [Romero] there is Rutilio Grande, and there are others too; there are others who were killed," said Francis, referring specifically to a Salvadoran Jesuit who was killed in 1977 for helping impoverished people in the country organize.

While it is unknown if Romero's finding of martyrdom was made in reference to his belief or his works, the congregation may have cleared the way for sainthood causes for Grande and others in their recognition of the archbishop.

The original version of this story has been changed to reflect several updates.