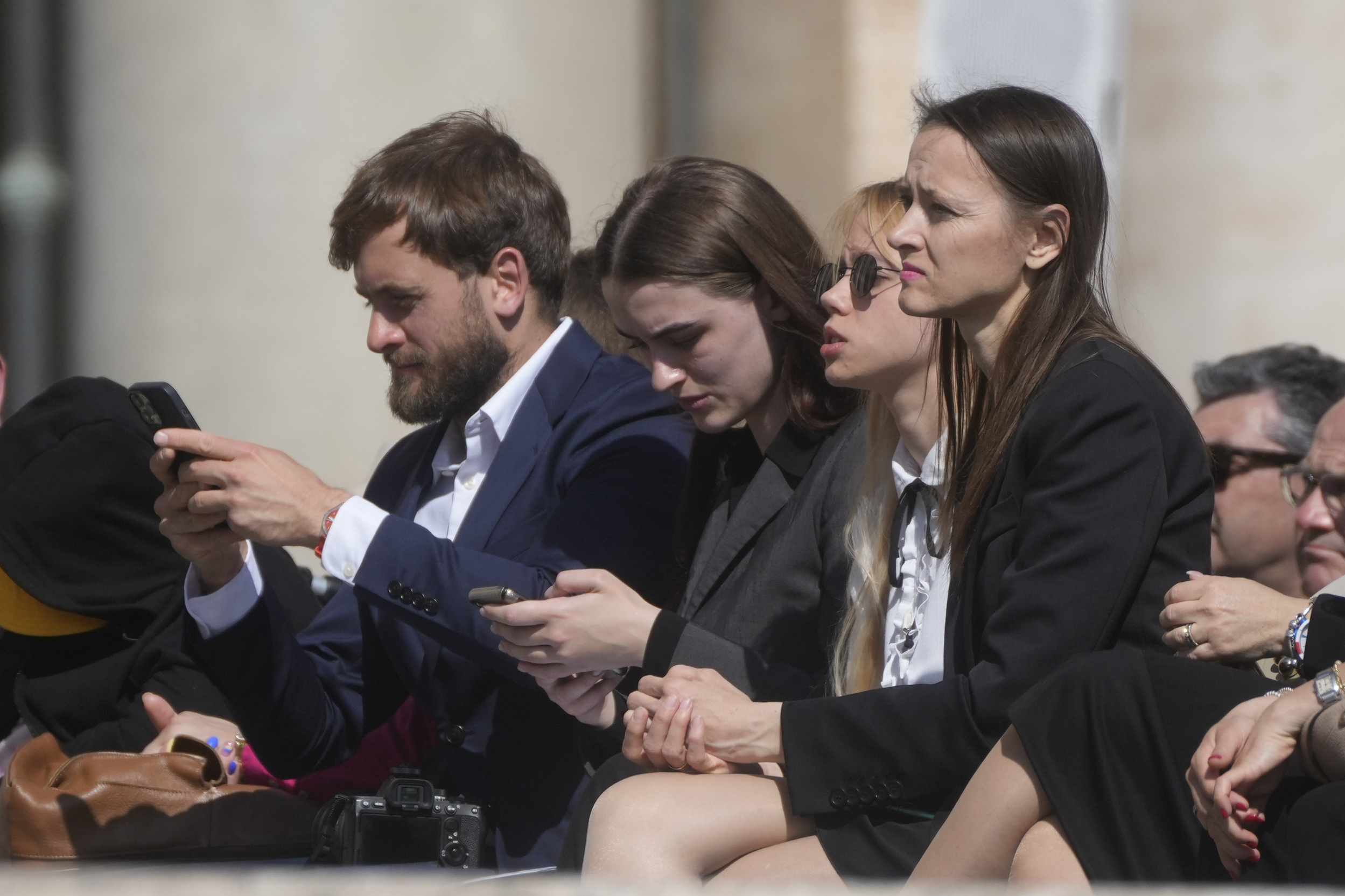 VATICAN CITY — The wives of two Ukrainian soldiers defending the Mariupol steel mill met with Pope Francis on Wednesday and begged him to intervene to arrange for a third-party evacuation of the troops before Russian soldiers capture or kill them.

"You are our last hope. We hope you can save their lives. Please don't let them die," said a weeping Kateryna Prokopenko as she greeted Francis at the end of his weekly general audience in St. Peter's Square.

Standing by her side, Yuliia Fedusiuk, told Francis that food and water were running out in the mill, that some soldiers were injured and dead and that those who are alive were ready to lay down their arms if they could be evacuated to a third country.

"They will not go to Russian captivity because they will be tortured and killed," Fedusiuk told Francis, according to a video of the encounter shot by another member of their entourage, Pyotr Verzilov, a prominent member of the Russian protest group Pussy Riot who is working on a documentary about Ukraine.

Prokopenko's husband, Denys Prokopenko, is the commander of the Azov Regiment in the Azovstal mill, while Fedusiuk's husband, Arseniy Fedusiuk, is one of the Azov fighters who have been defending the mill from encroaching Russian forces for more than two months.

The young women have been in Italy for over two weeks seeking to rally international support for a diplomatic resolution to the standoff at the plant, the last holdout of Ukrainian resistance in the strategic port city.

Francis, who has been hobbled by knee trouble that makes walking and standing painful, stood up to greet the women, a gesture he didn't extend to others who lined up to see him Wednesday at the end of the audience. He held their hands as they wept, blessed them and said he had spoken about the plight of the soldiers with Cardinal Konrad Krajewski, who he has dispatched to Ukraine.

Verzilov told Francis that time was running out for the troops in the Azovstal mill.

"We feel that if some emergency intervention does not happen in the next few days it will end in a big tragedy," Verzilov told The Associated Press afterward. He said Francis said he was aware of the standoff. "He understands how tragic it is and will do what he can."

The United Nations and the International Committee of the Red Cross have organized a series of evacuations of civilians from the mill, which had sheltered hundreds of people in its warren of underground tunnels and bunkers. But soldiers, and apparently some of their family members, have stayed behind.

Verzilov, the Russian activist and a publisher of independent news site Mediazona, said Turkey has been trying to seek a resolution to the standoff, but that none had been found.

Fedusiuk said her husband had recently asked her to research how to survive without water.

"Water is running out. They have no food, no water, no medicine," she said. "They are dying every day. Every day one or two injured soldiers are dying."

She said she understood some civilians, who were relatives of the soldiers, remained in the mill because they feared they would be identified at Russian-run "filtration camps" along the evacuation route and wouldn't be allowed to enter Ukrainian territory.