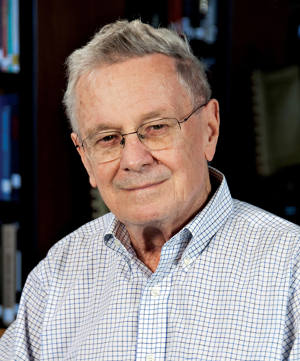 Daniel Callahan, who pioneered the field of bioethics and co-founded the Hastings Center, a bioethics research institute, died July 16, 2019, two days before his 89th birthday. He is pictured in an undated photo. (CNS photo/courtesy The Hastings Center) 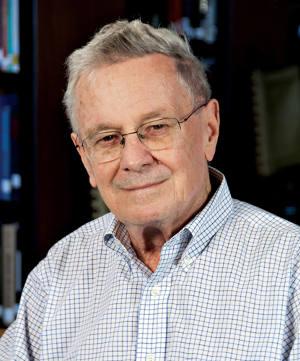 Daniel Callahan, who pioneered the field of bioethics and co-founded the Hastings Center, a bioethics research institute, died July 16, 2019, two days before his 89th birthday. He is pictured in an undated photo. (CNS photo/courtesy The Hastings Center)

He co-founded the renowned Hastings Center, the world's first bioethics research institute, with Willard Gaylin in 1969. He was director of the center in Hastings-on-Hudson from 1969 to 1983, then president from 1984 to 1996 and president emeritus, publishing numerous essays until his death, during what he termed his "so-called retirement."

"Callahan's work and writing responded to the social upheavals of the last half century, including civil rights and the women's movement, as well as rapid medical advances," said the Hastings Center in its own appreciation of him posted online, www.thehastingscenter.org.

"Dialysis, intensive care units, and organ transplantation were extending the lives of very sick people and, along with genetic testing and human assisted reproduction, were transforming the very definition of medicine, the conception of health and the notion of what it means to live a life," it added.

He explored most of those issues as the author or editor 47 books and numerous articles.

He is survived by his wife of 65 years, Sidney (DeShazo) Callahan, and the couple's six children, Mark, Stephen, John, Peter, Sarah and David, as well as five grandchildren.

Sidney Callahan is a lecturer, college professor, licensed psychologist and an author in her own right. She also for a time was a consultant at the Hastings Center. Among her books are "In Good Conscience: Reason and Emotion in Moral Decision-making'" and "Created for Joy: A Christian View of Suffering."

Daniel was raised a Catholic, but he left the church in 1969, saying he had become disenchanted with the church. Sidney is a lifelong Catholic.

Born in Washington July 19, 1930, Callahan was a swimmer in high school and went to Yale University for college because of its competitive swimming program. He graduated in 1952 with a double degree in English and philosophy. He served in the Korean War as a volunteer in the Army’s counterintelligence corps assigned to the Pentagon. While in the Army he married Sidney -- in 1954.

Before he left the church, Callahan was executive editor of Commonweal, a Catholic journal of opinion. He became an influential writer and author within Catholic intellectual circles. In addition to numerous articles in Commonweal, he wrote or edited nine books, including "The Mind of the Catholic Layman," "Honesty in the Church" and "The Catholic Case for Contraception." He was once described as "perhaps the most influential Catholic layman of the 1960s."

After he left the church, Callahan became interested "in the intersection of medicine and ethics" and traveled the world to study how different countries approached ethical issues in family planning and population control as well as the issue of abortion.

He wrote the book "Abortion: Law, Choice and Morality" in 1970 and was involved in debates over abortion for decades. He and his wife famously disagreed on the issue: He once described himself as "51 percent pro-choice," because he did not think the fetus had the moral status given to it by pro-lifers. Sidney has long supported the pro-life movement.

Daniel Callahan also believed a woman did not have an ethical right to abortion in all circumstances, but that application of limitations legally had proved impracticable.

The Callahans co-edited a book, "Abortion: Understanding Differences," which included essays from people on all sides of this issue. The couple engaged in a number of public debates on abortion, including on PBS' "MacNeil/Lehrer News Hour."

In 2011, America magazine bestowed on the Callahans the Matteo Ricci Award in tribute to their "creative partnership in ideas and in values."

In the early 1990s when the issue of legalizing physician-assisted suicide first came before voters in Washington state, Callahan said he found a strong consensus among his professional colleagues against such proposals. Today, Washington, eight other states and the District of Columbia now allow assisted suicide.

He said at the time if a right to it were legally established, pressure would build on doctors and hospitals to offer the "service,'' he said.

Growth in public support for assisted suicide, Callahan said at the time, was built on the assertion of the right to control one's own body. In opposition to the theological tradition that "we are not the possessors of ourselves,'' he said, secular thinking asserts "our bodies are ours to do with as we please.'' From his own perspective, he said, people have a right to control their bodies, but not "an absolute right.''