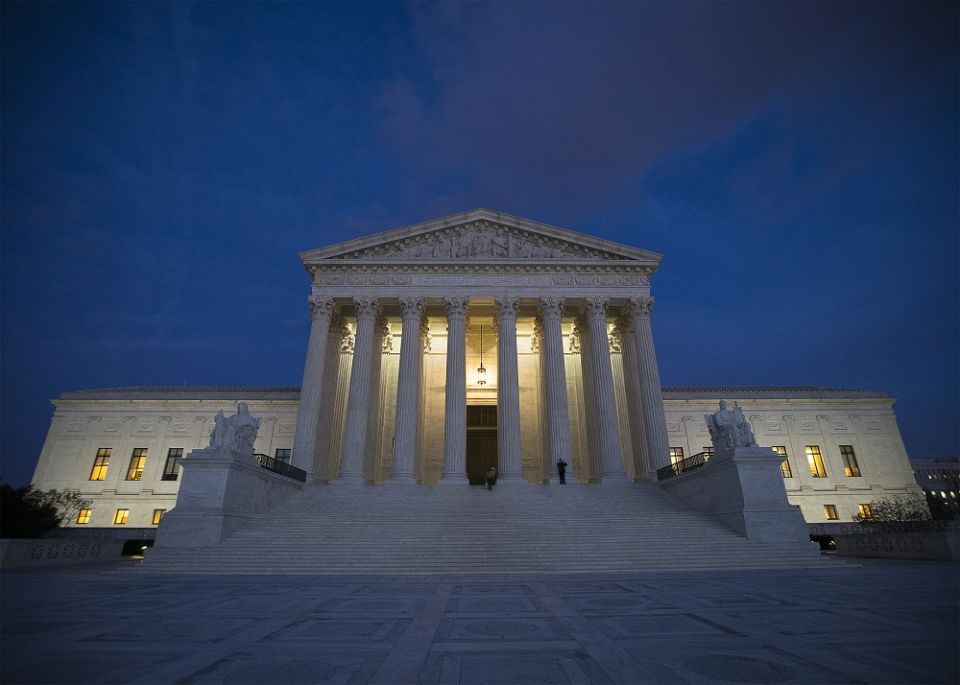 Washington — The U.S. Supreme Court blocked a Louisiana law requiring abortion providers to have admitting privileges at nearby hospitals Feb. 7.

In the court's 5-4 vote, Chief Justice John Roberts sided with four justices in favor of blocking this regulation for now. Since the decision was a brief order, it did not contain an explanation. The court is likely to hear a challenge to the law's constitutionality during its next term.
Justices Clarence Thomas, Samuel Alito, Neil Gorsuch and Brett Kavanaugh sided with the state law, but Kavanaugh also wrote a dissent from the order, noting he would have preferred more information on the specific impact of the state's restrictions.
In his four-page dissent, he wrote that the main issue is whether the admitting-privileges requirement puts an "undue burden" on a woman's ability to have an abortion. He pointed out that the lower courts have reached different conclusions about the admitting privileges for the three doctors who perform abortions at the state's clinics.
Kavanaugh said the state's doctors and hospitals should first aim to resolve the admitting-privileges question and if they can't, the case should return to court. If they do resolve this issue and the doctors continue to perform abortions, he said the law would not impose an undue burden.
The court's order was issued near 9:30 p.m., just hours before the law was to go into effect, after being placed temporarily on hold by the Supreme Court Feb. 1.
Pro-life advocacy groups were displeased with the court's order, as was the chairman of the U.S. Conference of Catholic Bishops' Committee on Pro-Life Activities.
"The fact that abortionists and their facilities cannot or will not meet basic health standards exposes the lie of their clever slogan that abortion is health care," Archbishop Joseph Naumann of Kansas City, Kansas, said in a Feb. 8. statement.
"The abortion industry's objection to such a reasonable law, and this court's decision to temporarily prevent it from going into effect, is further evidence of how abortion extremism actively works against the welfare of women," he said.
Carol Tobias, president of National Right to Life, said that "ensuring that abortionists have admitting privileges is the very least the abortion industry can do to protect women."
"For a movement that purports to advocate for women's health, it is bizarre that the abortion industry opposes laws like this," she added in a Feb. 8 statement.
Catherine Glenn Foster, president and CEO of Americans United for Life, said she was disappointed that a bare majority of the court "continued to stay the enforcement of a common-sense safety measure that will protect Louisiana's women from substandard abortion practitioners."
"Regardless of this disappointing ruling," Naumann added in his statement, "the pro-life movement will continue to work and pray for the day when every legislature and court recognizes the brutal injustice of abortion — to women and their children alike — and our society sees abortion as unthinkable."

The Louisiana law sounds familiar because three years ago, the Supreme Court struck down similar legislation in Texas, saying the admitting-privileges requirement and other required standards put on abortion clinics "provides few, if any, health benefits for women, poses a substantial obstacle to women seeking abortions, and constitutes an 'undue burden' on their constitutional right to do so."
In defending its requirement for abortion providers — supported 2-1 by the U.S. Court of Appeals for the 5th Circuit — the state of Louisiana said its law would not have the impact that similar legislation would have had in Texas, mainly because there is no evidence that an abortion clinic would close in Louisiana as the result of the law.
A Louisiana abortion provider, June Medical Services, which has objected to the law, appealed to the full 5th Circuit in mid-January to rehear the case, but the judges voted 9-6 against doing so.
Now the group plans to appeal the decision to the Supreme Court, but while it does, it has asked the court to stop the law from being enforced.
After the Supreme Court's 2016 ruling that struck down required hospital admitting privileges, similar policies have been struck down or unenforced in Alabama, Mississippi, Oklahoma, Tennessee and Wisconsin. Currently, Missouri, North Dakota and Utah have such a law.
In the Texas case, the U.S. Conference of Catholic Bishops and other religious groups submitted a joint friend-of-the-court brief in the case supporting the law.
In response to the court's decision to strike the legislation, the bishops' conference's Secretariat of Pro-Life Activities said the ruling "contradicts the consensus among medical groups that such measures protect women's lives."
The Texas bishops similarly said the Supreme Court's decision "puts women at grave risk" and said the purpose of the state regulations was to ensure women's safety, noting: "Their lives are just as precious as those of their children."
Roberts, who was the swing vote in this order, voted to uphold the state's law in the Texas case.
By staying the Louisiana lower-court's ruling, the Supreme Court has essentially set themselves up to give a full review of this case next term and its final decision could potentially differ from its Texas ruling with two different justices on the bench, Gorsuch and Kavanaugh, appointed by President Donald Trump.

Abortion: out of sight, out of mind