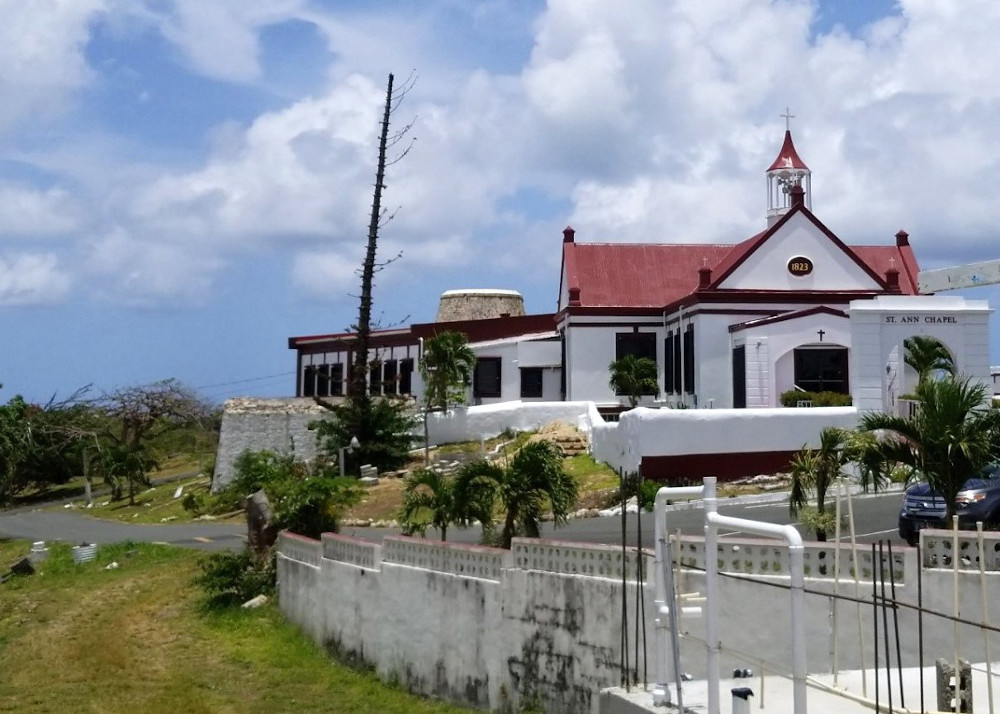 Pope Francis has appointed Msgr. Jerome Feudjio, vicar general and chancellor of the Diocese of St. Thomas in the U.S. Virgin Islands, to head the diocese.

He succeeds Bishop Herbert A. Bevard of St. Thomas in the Virgin Islands, whose resignation was accepted by Pope Francis Sept. 18, 2020. The pope named now-Cardinal Wilton D. Gregory of Washington to serve as apostolic administrator. St. Thomas is a suffragan diocese of the Archdiocese of Washington.

Bishop-designate Feudjio, 55, also is rector of Sts. Peter and Paul Cathedral in the city of Charlotte Amalie. He was ordained a priest of the diocese Sept. 29, 1990.

The appointment was announced in Washington March 2 by Archbishop Christophe Pierre, apostolic nuncio.

"I readily join the clergy, religious and faithful of the Diocese of St. Thomas in the Virgin Islands today in warmly welcoming Pope Francis' appointment of Msgr. Jerome Feudjio as the sixth bishop of this local church," Gregory said in a statement.

"He now begins a new chapter in his own life and in all of your lives as well. Please keep him in your prayers as he transitions into his new office as I am certain he will hold all of you securely in his daily prayers from this day forward," he added.

The newly named bishop was announced and welcomed at a livestreamed gathering that morning at Sts. Peter and Paul Cathedral, where he was ordained 31 years ago before serving in many roles for the Diocese of St. Thomas.

"It has been a blessing and a privilege to serve this diocese along with my brother priests, the deacons, the religious and the laity. I am whom I am today because of you," Feudjio said.

He thanked the people of the diocese for accepting him and guiding him with love and patience since his ordination, noting, "You have nurtured my faith and challenged me to be the best I can be."

The bishop-designate expressed special thanks to Pope Francis, saying he was humble and grateful to the pope "for the honor and trust he places in me by appointing me to this high office."

He also thanked his predecessor Bevard "for his leadership, love and dedication during his episcopacy in the Diocese of St. Thomas," and he thanked Gregory and Pierre for their support and guidance. 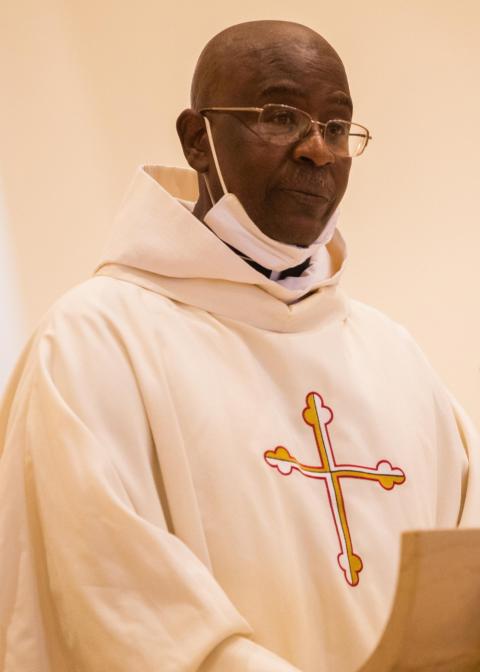 Feudjio noted how he has been inspired by the faith of the people of the Diocese of St. Thomas, as they have faced challenges over the years.

"Our community and the entire Virgin Islands, this beloved territory, has been dealing with so many challenges, from hurricanes and now the pandemic, which has caused all of us, brothers and sisters, to alter our activities and way of life," he said. "However, getting through these storms of life, God’s mercy and the Blessed Mother’s love has sustained and blesses us."

"Your faith and your dedication to the church have ignited my zeal and motivated me to joyfully offer my contribution to this, our diocese," he added.

As he has worked with various diocesan ministries aimed at deepening people's the spiritual life, he said his "joy has increased, and my faith has been strengthened. Forever I will give praise to the Lord for each one of you."

Jerome Feudjio was born Sept. 30, 1955, in the village of Fonakeukeu near Dschang in western Cameroon — the second son of the late Justine Komegou and Tontsa Tonlu Etienne.

He graduated from St. Albert Catholic School in Dschang in 1967 and attended St. John College of the Christian Brothers of Quebec in Mbanga, Cameroon, from 1968 to 1972, earning a degree in bookkeeping in 1972.

He was a postulant for the Congregation of the Fathers of the Sacred Heart in 1972 and attended the congregation's seminary in Otele, Cameroon, 1972 to 1975, and the major seminary of theology in Nkolbison in Yaounde, Cameroon, 1975 to 1979.

In 1980, he traveled to the United States. In Washington, he met then-Fr. Sean P. O'Malley, a Capuchin Franciscan, who invited him to stay at San Francisco House, run by the Spanish Catholic Center of the Archdiocese of Washington. (O'Malley was later named the bishop of the Diocese of St. Thomas, serving from 1985 to 1992. Today, Cardinal O'Malley is the archbishop of Boston.)

He attended Oblate College then part of the Washington Theological Consortium, where he completed his studies in philosophy and theology for the priesthood.

In 1987, he joined the Oblates of Mary Immaculate and made his temporary religious profession. He enrolled in the administration of justice program at Southern Illinois University in Carbondale, Illinois, where he completed his graduate program with an internship at a local transitional house that helped former inmates readjust to society.

At the invitation of then-Bishop O'Malley of St. Thomas, he went to the diocese to work as a campus minister at Sts. Peter and Paul School in 1988.

In 2004, then-Msgr. Feudjio returned to Southern Illinois University to pursue graduate studies in rehabilitation administration at the request of Bishop George V. Murry, St. Thomas' bishop 1999-2007. (Murry was named to head the Diocese of Youngstown, Ohio, in January 2007. After suffering a relapse of leukemia, Murry died June 5, 2020.)

Established in 1977, the St. Thomas Diocese comprises the islands of St. Thomas, St. Croix, St. John and Water Island, with a combined estimated population of 110,000, about 30,000 of whom are Catholic.

The diocese has eight parishes and is served by 12 priests. The first bishop was Edward J. Harper, a Redemptorist, who head the diocese from 1977 to 1985.