Archbishop Kurtz to begin three months of treatment for cancer 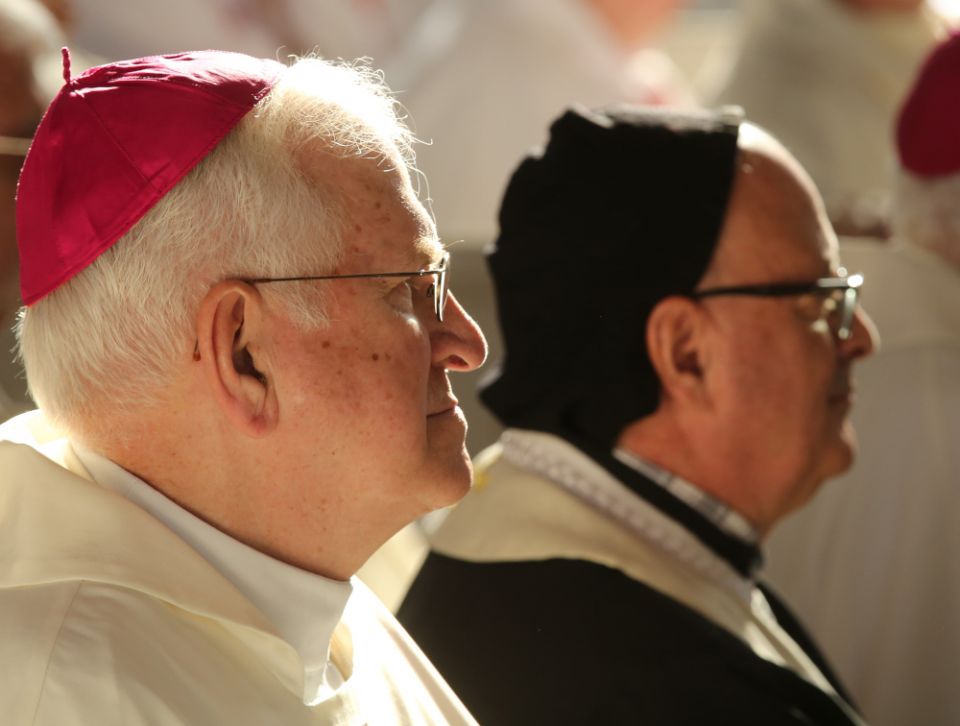 Archbishop Joseph Kurtz of Louisville, Ky., listens to the homily during Mass Jan. 3, 2019, in the Chapel of the Immaculate Conception at Mundelein Seminary at the University of St. Mary of the Lake in Illinois, near Chicago. Kurtz announced July 10 he has been diagnosed with urothelial carcinoma in his bladder and prostate and will take part in a treatment plan that includes immunotherapy and chemotherapy for at least 12 weeks. (CNS/Bob Roller)

Louisville, Ky. — Archbishop Joseph Kurtz of Louisville said he has been diagnosed with bladder and prostate cancer and will undergo an extended treatment plan.

The archbishop made the announcement July 10 in an online post published by The Record, the archdiocesan newspaper.

Kurtz, 72, said he had been experiencing "some health issues" in recent months and that the cancer was discovered during a series of medical tests and hospitalizations.

"I have been diagnosed with urothelial carcinoma in my bladder and prostate and will take part in a treatment plan that includes immunotherapy and chemotherapy for at least 12 weeks," the archbishop's statement said.

"At the end of the treatment, I will have surgery to have my bladder and prostate removed," he said.

The type of bladder cancer the archbishop has is the most common.

Kurtz also said he was grateful for the work of Dr. Dan George, chief oncologist at the Duke Cancer Institute and his team in Durham, North Carolina.

"I feel well, and with the encouragement of Dr. George, I have remained active during this time," the statement continued. "While the doctor gives me good cause for optimism, there are always dangers and unexpected issues that can arise during cancer treatment, so I ask for your continued prayers."

Kurtz will remain in North Carolina throughout his treatment and said he will be in regular contact with Father Martin Linebach and Brian Reynolds, archdiocesan vicar general and chancellor, respectively.

He acknowledged that he would miss opportunities to visit parishes in the coming weeks and pledged to offer prayers for the people of the archdiocese. "Please keep me in yours," he added.

Kurtz was installed in the Louisville Archdiocese in August 2007 after serving for more than seven years as the bishop of Knoxville, Tennessee. He was ordained to the priesthood for the Diocese of Allentown, Pennsylvania, in 1972.

He served as president of the U.S. Conference of Catholic Bishops from 2013 to 2016. He currently chairs the bishops' Committee for Religious Liberty.