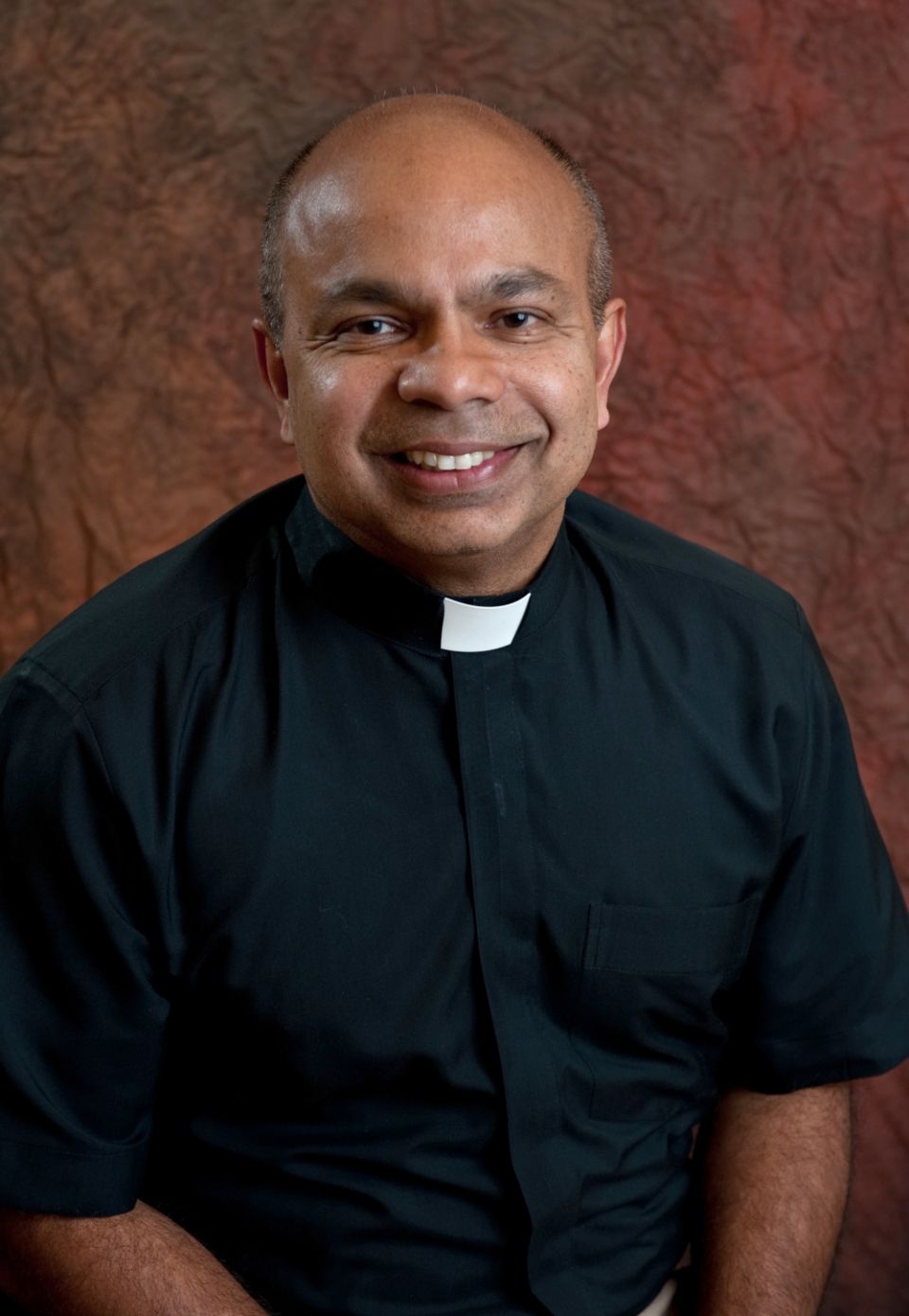 Fr. Mathew Vellankal, pastor of St. Bonaventure Catholic Church in Concord, Calif., was killed Oct. 10, 2019, in a car crash in Colusa County, along with Archbishop Dominic Jala of the Archdiocese of Shillong, India, who also was apostolic administrator of Nongstoin. Vellankal is pictured in an Oct. 20, 2011, photo. (CNS/Diocese of Oakland)

Oakland, Calif. — A pastor in the Diocese of Oakland and a visiting archbishop from India were killed Oct. 10 in a traffic accident in California. Another priest traveling in the car with them was injured in the crash.

The dead clergy are Archbishop Dominic Jala, 68, of the Archdiocese of Shillong, India, who also was apostolic administrator of Nongstoin, India, and Salesian Fr. Mathew Vellankal, 58, pastor of St. Isidore Parish in Danville. Injured in the accident was Fr. Joseph Parekkatt, pastor of St. Anne Parish in Walnut Creek. He was reported in stable condition at Santa Rosa Hospital. All three clergy were born in India.

A Toyota Prius with the three clergy was hit at about 2:30 p.m. (local time) by a tractor-trailer truck on California Route 20 near Wilbur Springs, according to the California Highway Patrol.

Vellankal, 58, was ordained for the Salesians of Don Bosco in 1987. Born in Ayavana in Kerala state, he ministered in parishes and schools in India before coming to the Diocese of Oakland in 2001. His parish assignments included Queen of All Saints in Concord, Our Lady of Guadalupe in Fremont, Holy Spirit in Fremont and St. Bonaventure in Concord. He had been the pastor of St. Isidore since 2016.

"Fr. Vellankal's joyous spirit and faith will be deeply missed," said a statement by Bishop Michael Barber of Oakland. "May his soul and the soul of Archbishop Jala rest in the peace of Christ."

Vellankal was known for his skills as a magician, which he used in parish fundraising. He wrote the book "From Humor to Inspiration: Jokes, Reflections and Quotes to Enliven Your Day," published in 2005.

Both he and Vellankal had studied for the priesthood at Salesian College in Sonada, India, and at Kristu Jytoti College in Bangalore, India.

Jala served as chairman of the Liturgy Commission of the North East India Regional Bishops' Council and was author of the book "Liturgy and Mission."

Funeral arrangements for the two clergymen were pending.

In an Oct. 14 release circulated in the Archdiocese of Shillong, Fr. John Madur, administrator, said all parishes, schools, colleges and institutions would observe a period of mourning until his funeral takes place to "mark our deepest respect" to Jala.

The archbishop had left Shillong for Rome Sept. 17 for the "ad limina" visit to the Vatican by bishops of his region. He then went to the United States to attend a meeting of the International Commission for English Liturgy, and "to meet some of his priest friends," the archdiocese said.

Jala is not the first bishop from India to die in a car crash away from his native land. Archbishop Alan de Lastic of Delhi was killed in a wreck in Poland in 2000 at age 70. De Lastic had been archbishop since 1991, and in 1998 was chosen to head the Catholic Bishops' Conference of India.