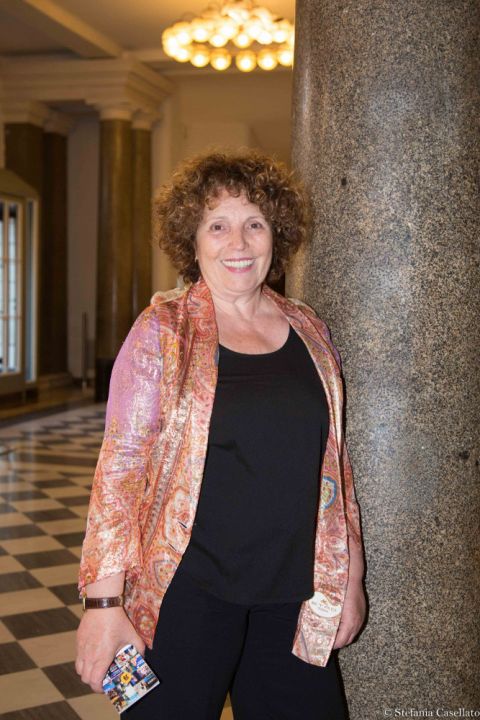 Italian journalist Rita Pinci has been appointed as the head of the editorial board of "Women-Church-World," the editorial magazine of L'Osservatore Romano. Pinci is pictured in this photo provided by her employer, TV2000. (CNS/Stefania Casellato, courtesy TV2000)

Vatican City — The Vatican newspaper, L'Osservatore Romano, named a new director and editorial board for its women's magazine, "Women-Church-World."

The announcement came a little more than one month after the magazine's founder and former director, Lucetta Scaraffia, resigned along with her editorial staff, claiming a lack of trust and support from the new management at the newspaper.

The newspaper announced April 30 that the head of a new editorial board would be Rita Pinci, an Italian journalist who has been working at TV2000, the Italian bishops' television station.

She said in a written statement that even though she is not a theologian, church historian or Vatican expert, "I am a journalist. I am a believer" and "I think the church needs the gaze and voice of women who represent more than half of the faithful."

Along with the announcement of Pinci's appointment, the newspaper said it was "pleased to announce" the monthly magazine would be published as usual in May. Pope Francis had appointed Andrea Monda, an Italian journalist and religion teacher, to be editor of L'Osservatore Romano in December.

Pinci said Monda assured her that she and the editorial board would have "complete freedom."

The 10 new members of editorial board of the "Women-Church-World" magazine include a number of Italian Catholic professors, researchers and writers as well as Amy-Jill Levine, a U.S.-based scholar, historian, writer and self-described "Yankee Jewish feminist," who teaches at Vanderbilt University; Shahrzad Houshmand Zadeh, a former lecturer of Islamic studies at the Pontifical Gregorian University in Rome and vice president of the women's consultation group of the Pontifical Council for Culture.

The editorial staff will include: Giulia Galeotti, Silvia Guidi, Valeria Pendenza and Silvina Perez, it said.

Meanwhile, Paolo Ruffini, head the Vatican Dicastery for Communication, told reporters April 30 that the staff of L'Osservatore Romano would be moving its offices to the building where staff for Vatican News — formerly Vatican Radio — work so that "the entire journalistic part" of the Vatican media operations will be under one roof.