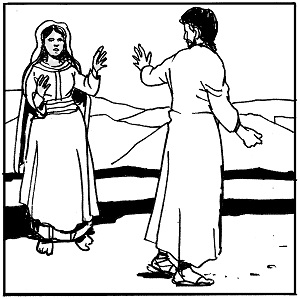 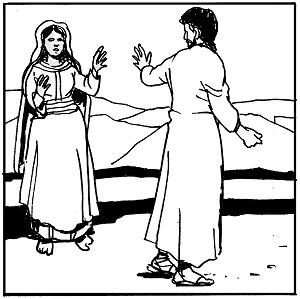 Women have a hard time in the New Testament. Each recorded encounter between a woman and Jesus seems to have had an extra degree of difficulty that reflected the patriarchal standard that women did not count. The woman who crashed the party at Simon’s house to anoint Jesus had to endure a gantlet of dismissive stares and murmurs to reach him.

The woman with the hemorrhage had to fight her way through a crowd to touch Jesus’ cloak. The pagan woman in today’s Gospel faced hostility from Jesus’ disciples and then apparent insults from Jesus himself in order to present her case.

But the Canaanite woman won that case by parrying a slur into an appeal for basic compassion. If puppies get scraps under the table, won’t you and your God care for a sick child? The story was recorded because it showed how even Jesus concluded that his mission was meant for more than the Chosen People and that his church was sent to extend God’s mercy to the Gentile world.

Women’s endurance and faith became a central theme in the Gospels, culminating in the subversive memory in a church that struggled to keep from going patriarchal that there would have been no Gospel if the women had not stayed to witness the death of Jesus and been granted the role of the first evangelists of the resurrection. Even then, the evangelists do not avoid the irony that the male Apostles dismissed the first reports by the women, who, after all, did not count as witnesses in any court.

What insurmountable problem can we name today that will never be resolved if we believe it is too difficult, even impossible? Cultural racism? Gun violence? Income disparity?  Climate crises? Border chaos?

The Gospel is always a growing edge, an outward and expansive thrust, a learning curve and an act of faith in the face of impossibility. Intransigence risks leaving behind a whole generation that thought nothing needed to change, that they could have it all without cost. Grace is on the move, and the clear message of history is that change is the only certainty.  How tragic of us if we miss courage to find only regret?

Jesus praised the Canaanite woman: “O woman, great is your faith. Let it be done for you as you wish.” Her daughter was healed and her future restored.  For her trouble, she changed the course of salvation history. We honor her now by imitating her.