The lessons of Jonah 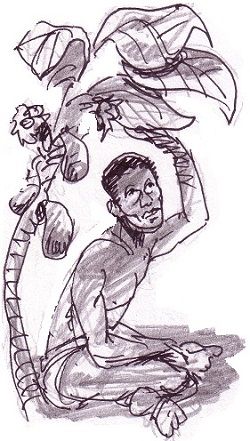 The story of Jonah was a popular tale in Jesus’ time. It had all the elements of a spellbinder: a reluctant prophet fleeing God, a sinking ship, a man thrown overboard into the maw of a sea monster. He preaches repentance in Nineveh, capital of Assyria, hoping it will refuse and be destroyed. It was a comic satire directed at rabid nationalists who rejected the possibility of universal salvation. Jonah resists his mission because he wants revenge against the Ninevites, but God disappoints him by sparing the city. It is a story about God’s mercy, even for Israel’s worst enemies.

Jesus used the story of Jonah to warn the crowds that they were in danger of destruction if they did not repent and heed God’s call for mercy.  He addressed zealots who wanted divine revenge and believed that if Israel went to war with Rome, God would support them.

Jesus wept over Jerusalem for failing to know the hour of its visitation. He recalled the horrors of invasion and destruction by the Assyrians and the Babylonians.  He cited the wisdom of Solomon and the lesson of Jonah to dissuade them from believing that God shared their delusions, which would be like the end of the world.

When Matthew wrote his Gospel for another generation, Jesus’ warnings had come true. Jerusalem was destroyed in 70 CE and the nation was in diaspora, a million dead, Palestine in ruins, Judaism in flight. Out of that cataclysm the church had been born. Jesus’ Gospel of peace and love was ascendant and spreading into the Mediterranean world. His death and resurrection had proclaimed a New Age and a New Creation.

The Incarnation means that Jesus lived a human life in time and place. He was immersed in history as a human being, and we believe he remains in history through his church, which also exists within human events. Some theologian once taught that the institutional church transcended history and was free of its errors. This is folly. Believers live and die like everyone else.  There is no escape hatch, no rapture, no spiritual realm above the fray from which to safely watch others struggle. The unspeakable wars and violence of the 20th century, its genocides and bombs, were real, uprooting and destroying millions of lives, innocent and complicit. The millions now at risk in our time know this reality, and they are our brother and sisters, fellow human beings and our neighbors looking to us for compassion and hope.

So, Jesus’ warnings in today’s Gospel are for us, warning us to put our house in order or risk catastrophe.  Our crises are of human making, and a different future will also be of human making.  History and faith teach us to be hopeful, but even hope requires perseverance and collective hard work.  The risen Christ is among us, greater than Solomon, but we must listen to his wisdom and then act if we want a better world.

Column | The lessons of Jonah

Develop the spirit of being one human family