Truth that sets us free 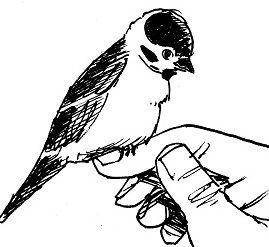 Today’s passage from the fourth Gospel continues the debate between Jesus and his critics over his identity and authority. Questions about Jesus must have been critical after the destruction of Jerusalem and the expulsion of Jews and Christians from the region.

A more exclusive brand of rabbinic Judaism survived the “Catastrophe” and formally excommunicated the followers of Jesus from the “mother” church. The often abstract ideas being debated in these readings were about Jesus’ claim to be God’s emissary and “son.”  Jesus will assert that he and the Father are one and that because of this he is “the Way, the Truth and the Life.”

To be his disciple, Jesus says, is to “know the truth, and the truth will set you free.” This familiar line has prompted much reflection on the relationship between truth and freedom. In obvious terms, someone who always tells the truth is free of the dissembling and maneuvering of those who craft their words to keep open their options and to cultivate everyone’s favor. Speeches by politicians are tested in focus groups and scrubbed of controversy before being delivered. An honest candidate addressing a controversial topic will lose half his audience with each speech.

Jesus meant something much deeper when he said that he was the Truth. As God’s Word, Jesus lived the reality built into God’s creation, and especially in human nature, which he modeled with total transparency. He was the original human being fashioned in the image of God.  To see him, believe in him and follow him was to live in perfect freedom.

Sin distorts the truth, leads to deception and cover ups with guilty silence and shameful accommodation, until whole communities and societies live compromised lives built on half-truths that become official truth. Fairness is sacrificed, ideals lost, integrity traded in for advancement and success.

In the events of Holy Week, we will see the depths to which a deceitful and pandering world is willing to let an innocent man die to save its institutions. Jesus will be brought up on false charges, condemned without evidence, crucified to satisfy a mob and save face for the high priest and the Sanhedrin and to avoid trouble with Rome.

That world will come to an end on Calvary with Jesus’ death.  Earthquakes, storms and the tearing of the veil in the temple sanctuary will be the first messengers that a new dispensation has begun. We are called to witness it, and then embrace it as disciples.

Column | Truth that sets us free