We are the church 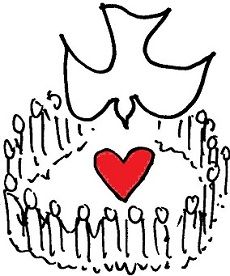 Today’s short Gospel gives us a glimpse into the early ministry of Jesus. He began preaching in the synagogues of Galilee, but conflicts with authorities and the inquisitors from Jerusalem pushed him to open air settings, the road between villages and by the lake in Capernaum, where the crowds were so large, he had to preach from the boat to keep from being crushed. It was in such a harried moment that a scribe asked to join him, and Jesus tells him he has no home. “Foxes have dens and birds have nests, but the Son of Man has nowhere to lay his head.”

The primitive church was likewise more a movement than a set organization. Missionaries like Paul visited synagogues in the Jewish diaspora or convened in houses, but it would be decades if not centuries before anything like an organized network or institution appeared. How the “Way,” an early designation for the followers of Jesus, became the center of Mediterranean religious culture is one of the miracles of history and, to some measure, the result of being absorbed into imperial structures under Constantine.

Franciscan Richard Rohr makes an important distinction between the contents and the container in describing the church.  Administrative structures, from parishes, diocesan offices, national episcopal conferences, all the way to the Vatican, are the container for the lived faith of believers, the contents.  In essence, our shared faith began as a revolution in the heart inspired by the life, death and resurrection of Jesus and sustained by his Holy Spirit, alive in believers generation by generation.  That revolution, taken up by both the heroes of faith but even more by ordinary Catholics, has infiltrated their cultures because they lived its mysteries and brought its values into their personal and communal lives.

One of the more inspiring but challenging messages of Vatican II, called a “Second Pentecost” because it sought to recover the primitive church in today’s Catholicism, is that “We are the church.” Whatever happens or does not happen depends on the local faith communities. The quality and texture of lived faith, eucharistic unity, outreach in works of charity and justice, are what define the church.  The institution can facilitate or frustrate, but it is not the source of the spiritual energy and ongoing revolution in the heart that moves believers to give their lives to God, form their children in the faith and find the living Christ present in every aspect of their daily lives.

Jesus, who had no den or nest or pillow for his head during his itinerant ministry, finds a home in us if we invite him.  His promise to be present where even two or three are gathered in his name is true.  Baptism ensures the indwelling of the Trinity in each of us and in the webs of friendship and purpose that make us local churches, houses of worship and way stations of courage and hope.

Column | We are the church

Through the Eucharist, we begin to live eternal life now