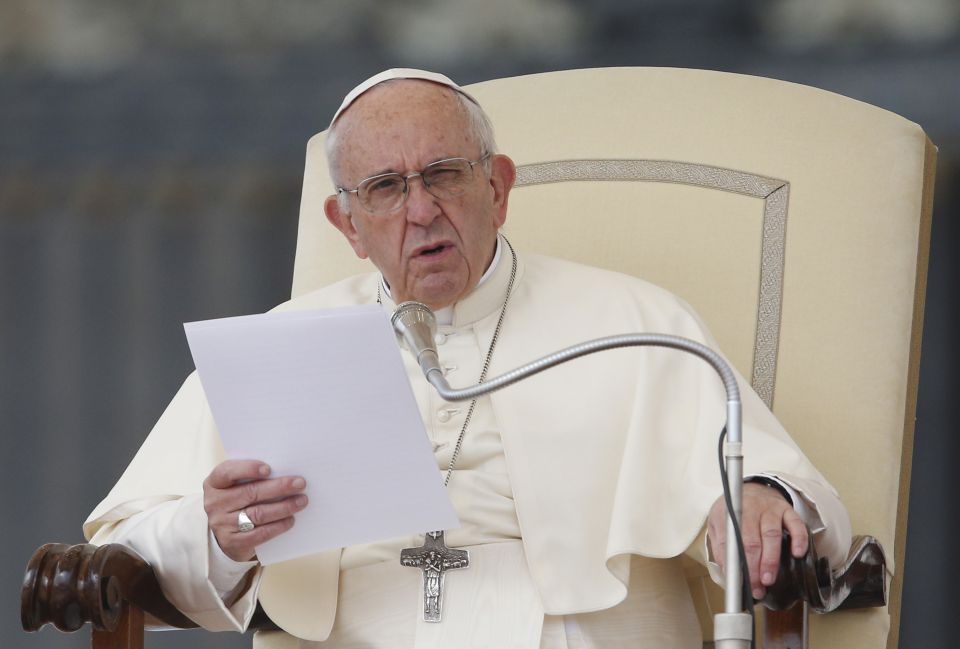 Vatican City — The Pharisees and doctors of the law who claim salvation comes only from fulfilling God's laws are not just biblical figures of the past, Pope Francis said.

"There are many of them today, too. That is why praying for us priests is necessary," so that today's ministers will not close the door like the Pharisees did to people seeking God's mercy and forgiveness, he said in his homily Oct. 19 during morning Mass at the Domus Sanctae Marthae.

This is how God wants his disciples to live so that they can also help "open the door" to God for themselves and for others, he said.

The pope also pointed to the day's Gospel reading (Lk 11:47-54), in which Jesus admonishes scholars of the law. By forgetting God is more than the source of the law, "You have taken away the key of knowledge. You yourselves did not enter and you stopped those trying to enter" the doorway toward salvation, the verse says.

One example of what it looks like when a priest takes away "the key of knowledge" and "closes the door," the pope said, is when a priest refuses to baptize the child of an unwed mother or a mother not married in the church. Just a few months ago, the pope said, he heard of a priest who demanded a father not be present at his child's baptism ceremony because he had been divorced.

"This happens today. The Pharisees, the doctors of the law are not things from the olden days, there are many of them today, too," he said.

For doctors of the law, the pope said, God is not a God of revelation -- a God who began a journey and walks with his people starting with Abraham.

"When one loses this close relationship with the Lord," he said, "one falls into this obtuse mentality that believes in the self-sufficiency of salvation with the fulfillment of the law."

If Christians lose their closeness with God and lack a life of prayer, he said, then they "cannot teach doctrine," much less theology and, least of all, moral theology.

All priests have a responsibility to never lose or take away "the key of knowledge" and to never shut the door to themselves and others, he said.

Religious liberty can become a subterfuge for discrimination

What the US bishops can learn from the Amazon synod