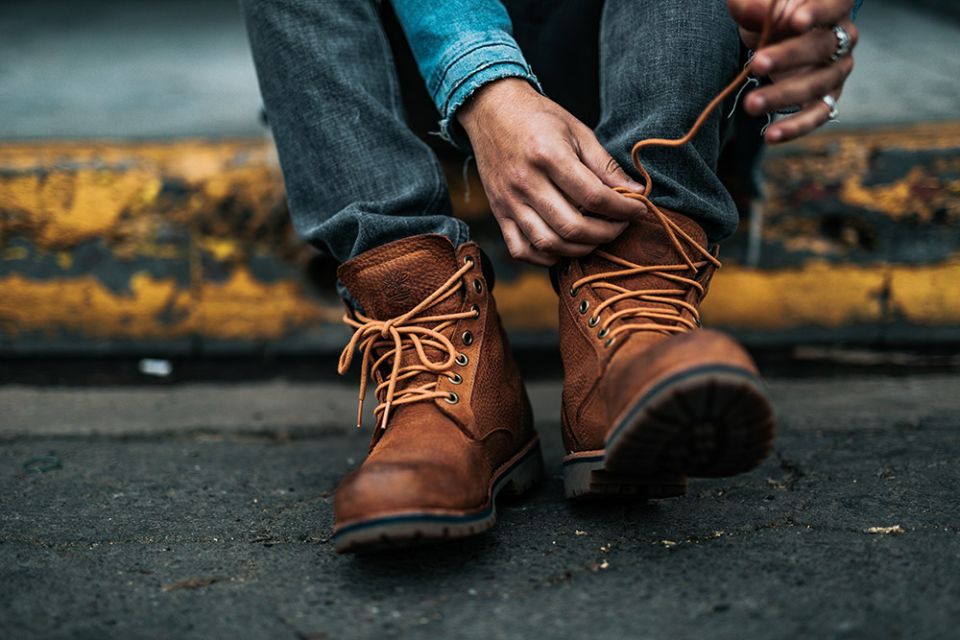 Do not be afraid. Gird your loins. Sell your goods and give generously to those in need. Don your traveling duds. Keep the porch light on and stay by the door. Secure what you treasure, knowing that its hiding place is also your heart's home.

Today's Gospel opens with these eight statements. Are they commandments? Suggestions? Warnings? Maybe numbers two through eight are actually a list of instructions for how to accomplish the first.

Jesus illustrates his instructions with metaphorical stories about servants and masters. He speaks of servants who can hardly wait for the householder to return; they linger at the door like kids waiting for Daddy to get home, pick them up and play with them. But what if he doesn't show up on time? There's something ominous about how the second and third watches of the night remind us of the Passion and the hours of Jesus' arrest and Peter's denial, when fear seemed to overwhelm hope.

Who among the disciples knew at what hour they would be put to the test? What kind of servants remain ready even when it seems the master may not return at all?

Today's first reading says that, at God's instructions, the ancestors celebrated their Passover supper so that they would be ready to follow Moses to freedom. Sharing a solemn meal with their loins girt and their sandals on prepared them for flight.

The Letter to the Hebrews provides a theological perspective to make sense of this: "Faith is the realization of what is hoped for and evidence of things not seen." While that may sound like a riddle, it is actually a very pragmatic explanation of the effect of belief in God's providence. In effect, Hebrews tells us that Abraham's faith led him to venture into the conditions in which his hopes could become reality.

What Jesus asked of the disciples — to give away their goods, to be on the move, to be ready for what is coming rather than satisfied with what is — all of that was an invitation to put faith into action. He wanted them to act like they believed because that was the way to bring about the world they hoped to see.

This helps explain what Jesus says about what goes on behind closed doors when the master is out of town. Faithful servants act in the style of the master whether or not there is a security camera recording them. Their belief in the message continues to make the reign of God visible, even when they have nothing more than their hope that it will be fulfilled. (Unfaithful servants create a different reality, a tragic, karmic situation in which they get what they gave.)

"Do not be afraid." That's where Jesus started. Do not be afraid to let go of those things, places and attitudes that you have relied on for security.

As Pope Francis says, when we realize that everything is a gift, our goods and even our beliefs take on new meaning. In Fratelli Tutti, he reminds us, "Human beings are so made that they cannot live, develop and find fulfilment except 'in the sincere gift of self to others.' ... 'Life exists where there is ... communion ... and life is stronger than death when it is built on true relationships.' "

Today, we are invited into the future we long for at the deepest level of our being. We will get there only by leaving behind our fears and pessimism. Donating our riches, venturing beyond our normal surroundings, treasuring our connections with all God's people, watching for God to show up unpredictably and in unfamiliar disguise — those are all steps that make it possible.

So, as we participate in our liturgy, instead of girt loins and sandals, let's don our metaphorical hiking boots and let our celebration launch us into the venture of faith that transforms hopes into reality.

A version of this story appeared in the July 22-Aug 4, 2022 print issue under the headline: Do not be afraid .

Column | Nineteenth Sunday in Ordinary Time: Do not be afraid

Everyone is the prodigal son in need of mercy, pope says at Angelus