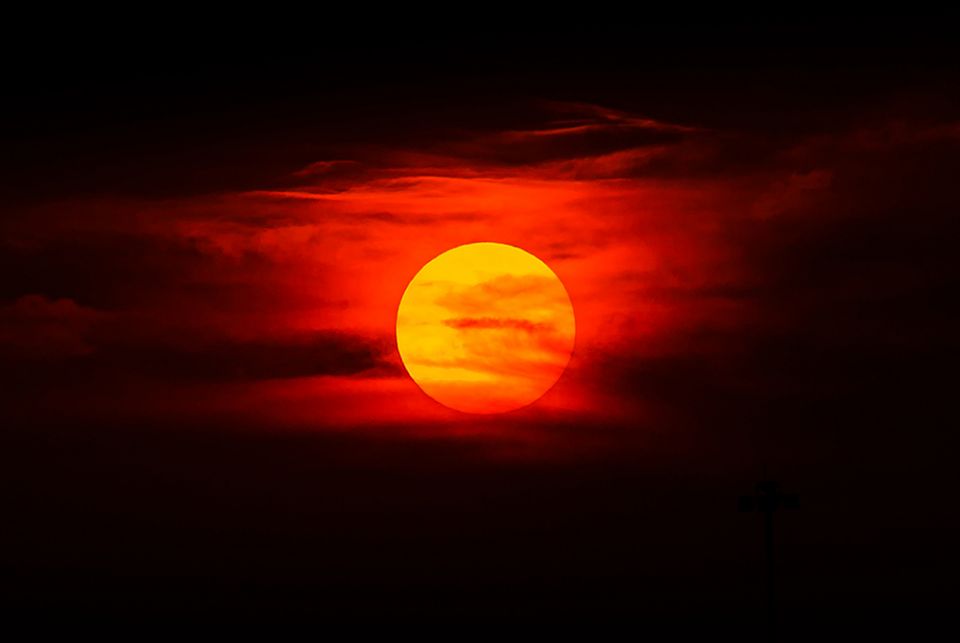 It's mid-November. In the northern hemisphere, autumn's splendor has faded and it's too early for good snow. Much of the world seems to be cold, damp and drab. It's a perfect time for some apocalyptic religiosity.

Although apocalyptic visions are famous for their dreadful details, disaster is only their context, not their message. The word apocalypse comes from two Greek words that together mean to uncover or reveal; apocalyptic visions and literature propose to reveal the redemptive potential of what appears to be a situation of personal and/or global disaster.

Although doomsayers in every age have amassed evidence that theirs was the worst of times, the turmoil and tragedy of our era give us every right to lament. There might not be an epoch of upheaval like ours since the century between Gutenberg's invention of the printing press (1436) and the Council of Trent (1545-63). That era saw the discovery/invasion of a previously unimagined hemisphere eventually named America and the mushrooming of the African slave trade. During that century, the Reformation sundered Europe's religious unity and Ignatius of Loyola founded the Jesuits, the most unmonkish of religious orders. Everything that had given stability to the western world was up for grabs.

We might mark the beginning of our epoch with the 1960s moment when earthlings orbiting the moon sent us pictures of Earth that revealed the big picture irrelevance of the national borders pretending to divide and define our globe. Science has taught us that evolution is our history, and technology allows us to speak face-to-face with people anywhere on Earth while Google helps us overcome our language barriers. It would all be very hopeful if it weren't so terribly frightening to lose our traditional stability and certainties.

More frightening than our losses are some truly novel elements of our 21st century context. We are in a climate calamity. Social media includes an uncontrollable and too-often irresponsible explosion of (mis)information. Churches feel the loss of traditional religiosity among both sincere and apathetic sectors of our societies while new, varied and vibrant perceptions of our humanity have broken open our old categories of gender, race, class, nationality, etc. As in the 16th century, it seems everything that once created stability has gone up for grabs. Perhaps we should rephrase a carol we'll soon be hearing ad nauseam and sing, "We're in our own apocalypse, right this very minute, we've got our own apocalypse now!"

Apocalyptic visions do seem to focus on catastrophe — to wit, Daniel's "time unsurpassed in distress," and Jesus' prediction that the sun will be darkened, the stars falling and the powers in heaven will be shaken. Nevertheless, Daniel's disaster sets the scene for the appearance of Michael, the angelic helper. Then, when Jesus talks about the fearsome signs, he explains, "When you see these things happening, know that the Son of Man is at the gates."

The message? Apocalyptic visions aren't all about terror. Like people of ages past, we need to remember that crises create our context, but they don't define us. As Pope Francis says in "Laudato Si', on Care for Our Common Home," "How wonderful is the certainty that each human life is not adrift … in a world ruled by pure chance." Apocalyptic times invite us to see the transformational power of God ready to move into action wherever the need is the greatest.

In Laudato Si', Francis tells us that humanity is at a crossroads, but that we have the freedom necessary to respond to the crises of our epoch in a "bold cultural revolution" that would be based on appreciating that everything in our world is interconnected. Although he does not exactly define that revolution, he calls us to redefine our notion of progress, seeking ways to create a better world and an "integrally higher quality of life." That implies a care for creation that cherishes the dignity of Earth and all her creatures. Francis also reminds us that the complexity of our current situation and the multiple causes of our crises call us to redefine our notion of progress and seek solutions that incorporate the riches of different peoples, their art and poetry, their interior life and spirituality.

We are living in apocalyptic times. Our moment calls us to a realistic assessment of our crises and a response that springs from the grace of believing that now is the time to lift up our heads and see that the Son of Man is at the gates. Today, the Son of Man cries out to us through the agony of creation and invites us to collaborate with him in the work of redemption. Our apocalyptic/revolutionary task is to join together and reveal the redemptive potential that is possible only in our unique time.

Is the pope Catholic?

Praying for the sick is a practice of love

The Ascension of the Lord