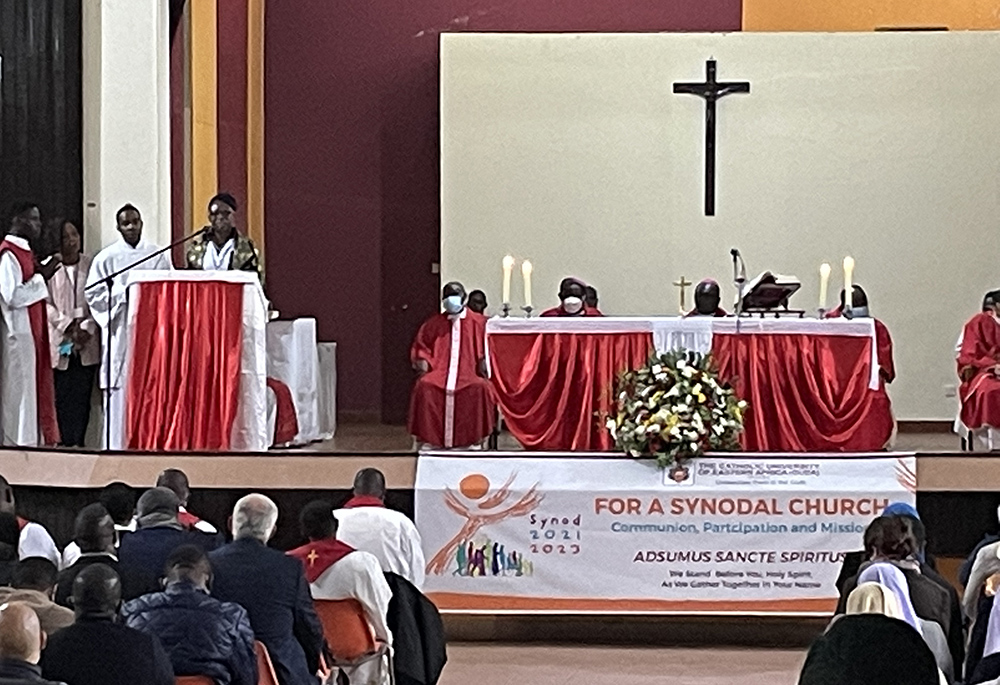 Pope Francis on July 19 encouraged African theologians to bring "good news of mercy for the poor and nourish people and communities in their struggle for life, peace and hope."

The pope's remarks came in a prerecorded video to participants in the Pan-African Catholic Congress on Theology, Society and Pastoral Life, taking place in Nairobi, Kenya, July 18-23. The continent-wide congress comes at a time in which the Catholic Church has embarked on a global synodal process meant to facilitate greater participation of Catholics throughout the world.

"May paths emerge from this congress that the church needs: paths of missionary, ecological conversion, peace, reconciliation and transformation of the whole world," said Francis.

More than 100 pastoral leaders and interdisciplinary scholars from five continents are meeting here in the Kenyan capital this week for the second congress organized by the Pan-African Catholic Theological and Pastoral Network, with a theme of "Walking Together for a Vital Church in Africa and in the World."

The 2022 congress is being hosted at the Catholic University of Eastern Africa and follows the group’s first congress, which took place in December 2019 at Bigard Memorial Seminary in Enugu, Nigeria.

During the pope's remarks, he recalled his own travels throughout the continent, saying "Africa always surprises us."

"Bring out the best of you in these reflections so that the result will be a surprise, so that that African creation that surprises us all can be born. Because Africa is poetry," said Francis. 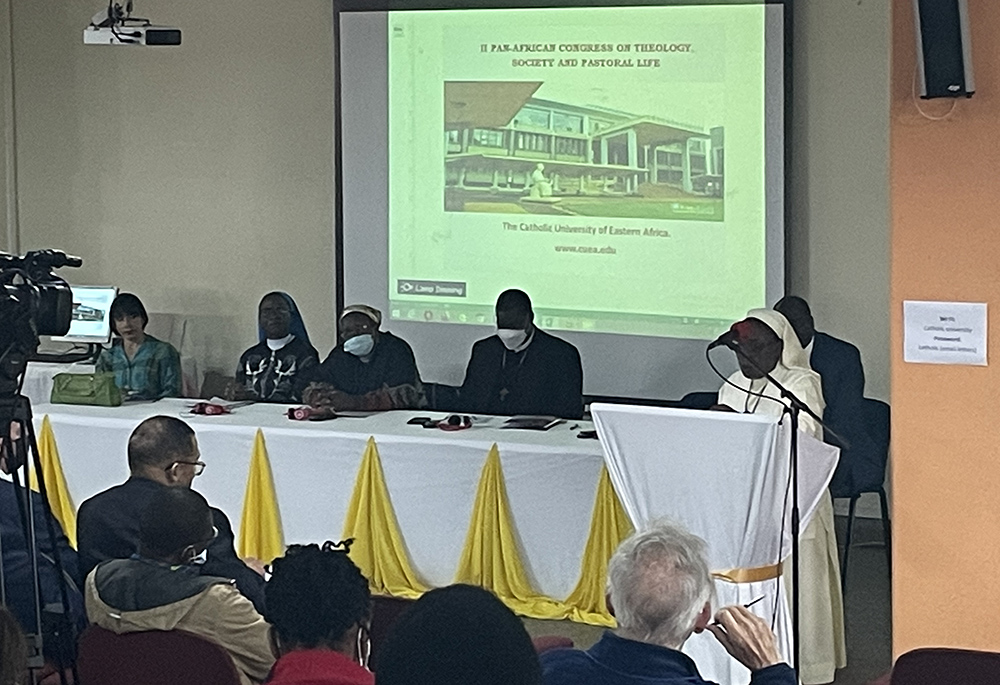 Pastoral workers and theologians from more than a dozen African countries have gathered with interdisciplinary experts from Asia, Canada and the United States, Europe and Latin America for a joint dialogue on themes related to synodality, the role of women, the rights of children and the future of the church.

During the opening session on July 19, Kenyan Precious Blood Sr. Mumbi Kigutha, organizing secretary of the Pan-African Catholic Theology and Pastoral Network, remarked that it is often said that the future of Catholicism is in Africa, Asia and Latin America.

"However, our cries and our joy, our hope, and our lamentations, our wisdom and our intellect are more often than not lacking in many global spaces," observed Kigutha, who currently works with Jesuit Refugee Service in Chicago.

"It is for this reason that we are delighted to have representatives from these sister continents, who share so much in common with us, that together with them and with our allies from the global north, we may demonstrate that the African church and her people have indeed come of age, that the Holy Spirit is alive and active and that we have much to offer to the global church and society," she continued.

Nigerian Fr. Stan Chu Ilo, coordinator of the congress, told NCR that at times in the church, "some of our systems and institutions have become obstacles for the surprises" that Pope Francis spoke of in his video.

"Africa is always presented as the continent that is suffering and in need of help," said Ilo, who is a research professor of world Christianity and African studies at the Center for World Catholicism and Intercultural Theology at DePaul University in Chicago.

"The shift I see happening now is that Africa is much more than a single narrative," he continued, adding that he believes through openness, discernment and encounter, the conference will help "Africans and those outside of Africa to see the footprints of God."

Organizers also acknowledged that the conference will confront topics such as LGBT persons, the role of women and a culture of clericalism — themes that are often considered taboo in the continent.

"We give voice to the forbidden topics because those forbidden topics are people created in the image and likeness of God," Kigutha told NCR. "I think as Africans who have been so marginalized, we ourselves should not engage in exclusionary practices."

Kigutha noted that prior to colonialism, Africans coexisted with all marginalized groups.

"We need to reclaim that so that we can all together, united, fight for liberation, fight for our rightful place in this church and this inherent dignity that does not look at our race, our tribe, our gender," she said.

Emilce Cuda, co-secretary of the Vatican's Pontifical Commission for Latin America and the Holy See's official representative to the congress, said the gathering "is a great moment to listen to theologians from Africa," alongside other theologians from around the globe.

"We are awaiting a new way of theology," said Cuda, an Argentine theologian. "Not another theology, we must be clear, but a new way to understand a theology that speaks to concrete realities," she told NCR, citing issues of war, poverty and climate change.

"This is the magisterium of Pope Francis."

This story appears in the Synod on Synodality feature series. View the full series.
A version of this story appeared in the Aug 5-18, 2022 print issue under the headline: Be messengers of mercy, pope tells African theologians.