Women need not be priests to lead church, Francis says in new book 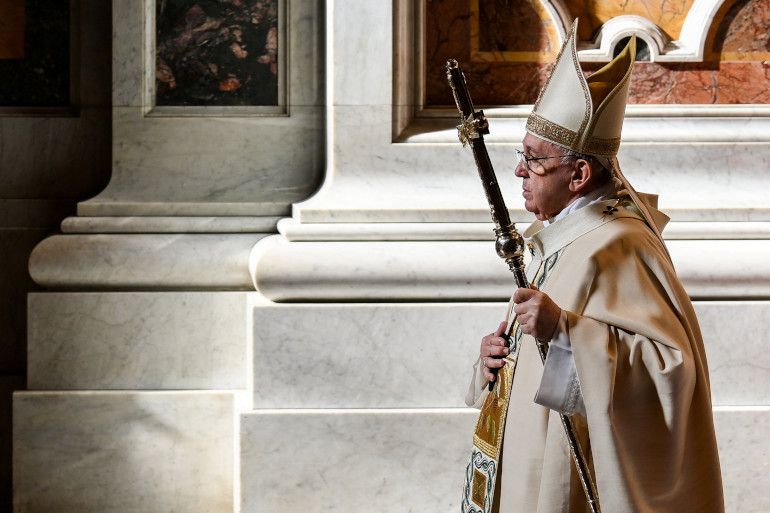 Pope Francis leaves after celebrating a Mass on the feast of Christ the King in St. Peter's Basilica at the Vatican Nov. 22. (CNS/Reuters pool/Vincenzo Pinto)

Rome — Pope Francis has strongly defended his record on naming women to positions of authority at the Vatican, saying in a new book that women do not need to be priests to serve as leaders in the global Catholic Church.

In the volume Let Us Dream: The Path to a Better Future, being released Dec. 1, the pontiff points especially to his 2016 appointment of Italian Barbara Jatta to lead the Vatican Museums and to several other women he has named as under-secretaries of Vatican departments.

"Perhaps because of clericalism, which is a corruption of the priesthood, many people wrongly believe that Church leadership is exclusively male," the pope states in the book.

"To say they aren't truly leaders because they aren't priests is clericalist and disrespectful," he adds. 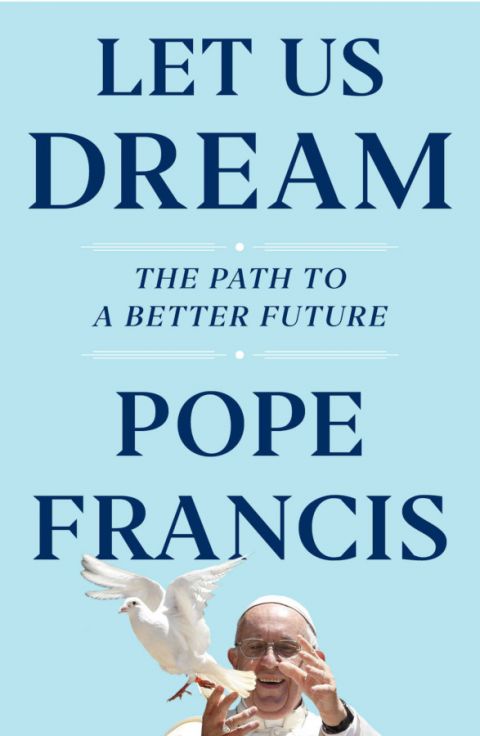 In the new 154-page book, a collaborative effort with British author Austen Ivereigh, Francis widely reflects on how the world should change following the coronavirus pandemic to better address social, political and economic inequalities.

But the pontiff also touches a range of other topics, including his frustration over how the world's media covered the debate at last year's Synod of Bishops about the possibility of allowing for married priests in the nine-nation Amazon region.

On social issues, Francis addresses the protests sparked by the killing of George Floyd, fiercely reiterates his frequent criticisms of the market capitalist system, and expresses support for proposals that people receive a universal basic income, or a regular government payment to provide for basic necessities like food and housing.

"Recognizing the value to society of the work of nonearners is a vital part of our rethinking in the post-Covid world," the pope states on the last matter. "That's why I believe it is time to explore concepts like the universal basic income."

The pontiff brings up the issue of women serving in the church as part of a six-page reflection on the "leading role" that women have played during the pandemic. He says that countries with women at the helm "have on the whole reacted better and more quickly than others, making decisions swiftly and communicating them with empathy."

The pope's words about women in the church are striking, as they seem to be the first time the pope has directly addressed critics who say he has not done enough to promote women to positions of authority.

Francis says he has tried to "create spaces where women can lead, but in ways that allow them to shape the culture, ensuring they are valued, respected, and recognized."

The pope says he has also focused on naming women as consultors to several Vatican congregations, "so that they can influence the Vatican while preserving their independence from it."

"Changing institutional culture is an organic process which calls for integrating, without clericalizing, the viewpoints of women," states the pope.

Later in the volume, Francis appears to chide those who campaign for women's ordination.

In a section that widely focuses on how some conservative Catholics continue to criticize the reforms of the 1962-65 Second Vatican Council, the pope says that some people demonstrate an "isolated conscience" and "remain huddled in 'their' group of purists, [as] guardians of the truth."

"Under the banner of restoration or reform, people give long speeches and write endless articles offering doctrinal clarifications or manifestos that reflect little more than the obsessions of small groups," states the pontiff.

"Those who declare there is too much 'confusion' in the Church, and that only this or that group of purists or traditionalists can be trusted, sow division," he continues, adding: "The same is true of those who claim that until the Church ordains women as proof of its commitment to gender equality, the local parish or bishop cannot count on their involvement."

Let Us Dream unfolds over three parts and addresses the world's current situation with the see-judge-act method. Francis is listed as the volume's author, "in conversation with" Ivereigh.

In an email interview with NCR, Ivereigh said the process for drafting the first part of the volume involved him sending questions to the pope, who responded with voice recordings. The second and third parts were drafted first by Ivereigh, and then edited and revised by Francis.

"He gave me great freedom, but then would revise everything in detail, striking out, adding, changing," said Ivereigh, who has also written two biographies of Francis. "It really is his book in every sense."

Ivereigh said he and the pope decided not to do a traditional question-and-answer format so that the narrative would be more natural for the reader, who could feel "as if they're sitting down with or across from Francis who is speaking to them personally."

Ivereigh holds the copyright to the volume. Although Ivereigh said he did not have permission to disclose specific contractual details, he told NCR that "considerably more than half" of the royalties have been pledged to support those affected by the COVID-19 crisis, via a fund that is being administered by the Vatican's Dicastery for Integral Human Development.

Francis addresses the killing of George Floyd, a 46-year-old unarmed Black man who died as the result of a police officer kneeling on his neck for over eight minutes, as part of a section in the opening of the book about abuse of power in the church and in the wider world.

Speaking first about the clerical abuse crisis, the pope says he is trying to "engender a culture of care able to respond swiftly to accusations."

"Creating that culture will take time, but is an unavoidable commitment which we must make every effort to insist on," says the pontiff.

Turning to Floyd's death, Francis calls it "horrendous." He also praises some of the protests that took place across the world against racial injustice but warns that such protests "run the risk of being manipulated and commercialized."

"I say this not to cast doubt on the many genuine and brave attempts to uncover the corruption of abuse and give the victims a voice, but to warn that sometimes we also find the bad within the good," states the pontiff.

"I find it sad that there are lawyers who take advantage of abuse victims, not wanting to help and defend them but to profit from them," he adds.

Francis speaks about last year's discussions about the possibility of allowing for married priests in the Amazon region as part of a section later in the book about how he has used the Synod of Bishops, an institution first created by Pope Paul VI toward the end of Vatican II.

The pope expresses disappointment about what he calls the "fantasy" that the Oct. 6-27, 2019, Synod of Bishops for the Pan-Amazon region, which involved some 185 prelates, was only about the issue of viri probati, or married men who might be ordained as priests.

Although the synod's final document called on Francis to allow for the ordination of married men on a regional basis, Francis declined to answer that request in his response to the synod, the February 2020 apostolic exhortation Querida Amazonia ("Beloved Amazon").

"Many felt disappointed or relieved because 'the Pope did not open that door,' " the pontiff states about his exhortation. "It was as if nobody was interested in the region’s ecological, cultural, social, and pastoral dramas; the synod had 'failed' because it didn't authorize the ordination of the viri probati."

Francis says the synod process involves dialogue, discussion and trying to discern what the Holy Spirit is calling the church to do.

"These are processes that take time, that demand maturity, perseverance, and decision," he says. "They call for sowing seeds that others will be able to harvest."

Beyond church or social issues, Francis also speaks quite personally throughout the volume, revealing information about himself and his past experiences.

The pope says, for example, that his own ordeal having part of a lung removed due to a near-death experience with pneumonia in 1957 has given him "some sense of how people with coronavirus feel as they struggle to breathe on ventilators."

The pontiff also reveals that he was never able to finish a thesis he had meant to write on the 20th century German intellectual Fr. Romano Guardini.

Francis says he thought he might be able to finish the paper in 2012, when he turned 75 years old and submitted his resignation as Archbishop of Buenos Aires to Pope Benedict XVI. He adds, wryly: "But in March 2013 I was transferred to another diocese."

A version of this story appeared in the Dec 11-24, 2020 print issue under the headline: Francis: Women need not be priests to lead .

Webinar explores worldview 'collision' when missionaries go to the Amazon

Women's ordination, synodality and hope for the future