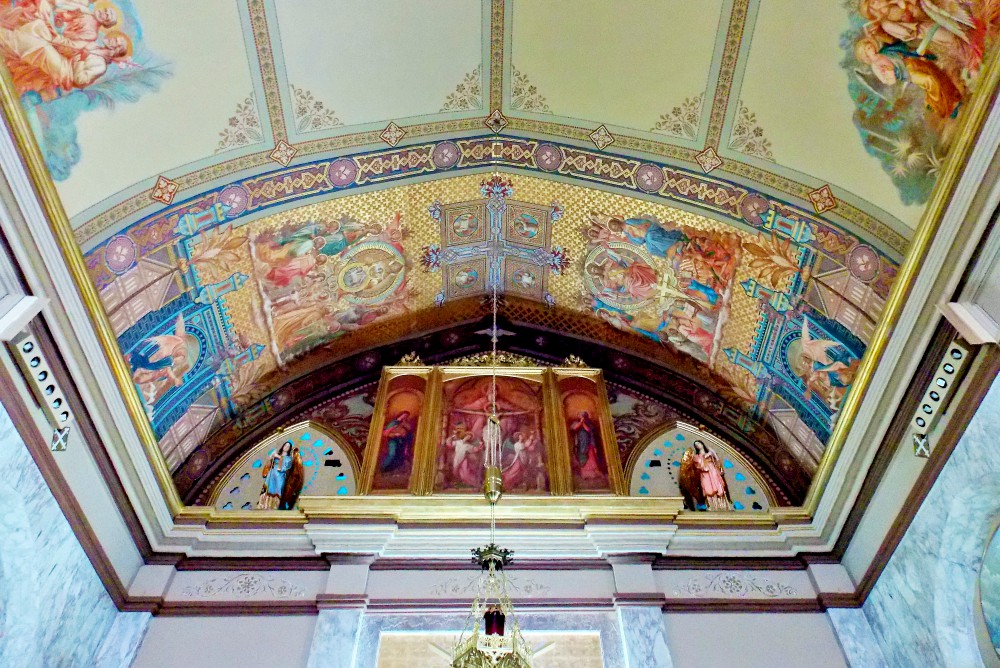 The interior of Sts. Peter and Paul Cathedral in the Diocese of St. Thomas, Virgin Islands (Wikimedia Commons/Farragutful)

Catholics in the icy north of Anchorage, Alaska, know the warmth of financial transparency in their local church, while Catholics in tropical St. Thomas, Virgin Islands, are getting the cold shoulder.

Those two dioceses represent the polar opposites of this year's financial transparency survey of American dioceses compiled by Voice of the Faithful. The Anchorage Archdiocese rated a perfect 100 score, while the St. Thomas Diocese rated the lowest, at 14 points. A total of 177 dioceses were rated.

This is the third year of studies on financial transparency compiled by Voice of the Faithful, which was founded in 2002 as a lay organization devoted to monitoring church management on sex abuse and finances.

"It's a tale of two churches," said Margaret Roylance, a Voice of the Faithful trustee and chair of the organization's Finance Working Group, announcing the results of this year's survey at the group's annual conference here Oct. 19.

There have been measureable improvements in a number of dioceses, she said, particularly in Pennsylvania, where scores for the dioceses of Harrisburg and Scranton rose considerably, while the Philadelphia Archdiocese rated at the top, garnering a perfect score alongside Anchorage.

Voice of the Faithful began the survey in response to the sex abuse crisis, as news of once-secret financial settlements to victims began to be reported.

"In the past, our church used our donations to cover up crimes against children," said Roylance. The numbers, she said, "do tell stories."

Dioceses were rated on their response to questions regarding:

The information was gathered by Voice of the Faithful volunteers.

This year's questions were changed from previous surveys and the scale was changed to reflect a 100-point scale. Among the dioceses that earned a 100-point score were, along with Anchorage and Philadelphia: Charlotte, North Carolina; Erie, Pennsylvania; and Rochester, New York.

Those that rated at 20 or below were Springfield, Massachusetts; St. Cloud, Minnesota; Steubenville, Ohio; and Tulsa, Oklahoma, along with St. Thomas, Virgin Islands.

Roylance said that size was not a factor. The New York Archdiocese scored low, largely because it posted a brochure on its website, not an audited financial statement.

She said that, in response to the two previous surveys, some dioceses showed improvement in offering information about their finances, in some places seeking guidance from Voice of the Faithful on how they could improve their scores.

"If they care, they can be transparent," she said.

* This article has been edited to clarify a figure.