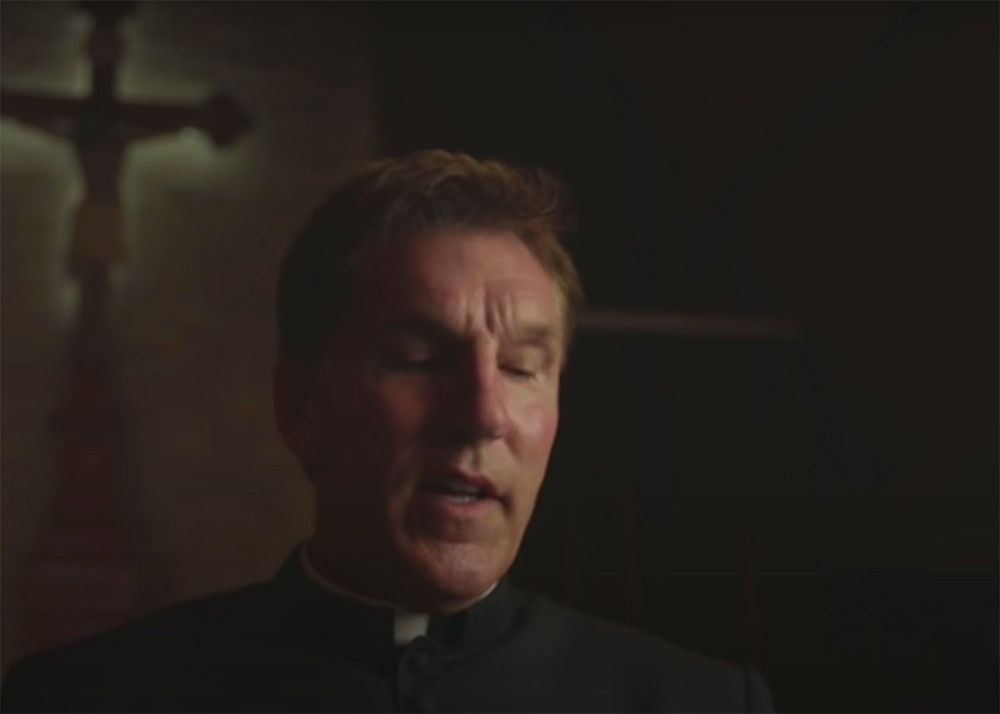 A priest in La Crosse has been ignoring COVID-19 gathering restrictions at his masses while warning people that vaccines are useless and anyone who imposes virus-related protocols will burn in the "lowest, hottest levels" of hell.

The La Crosse Tribune reported April 25 that it had obtained a photo of Fr. James Altman presiding over a crowded Easter service at St. James the Less Catholic Church. The picture shows at least 50 people crowded into the first five rows of pews. They don't appear to be wearing masks.

The photo was a screenshot from a video of the service that shows about 170 parishioners walking up to receive communion, many of whom accepted the wafer by mouth. Few wore masks.

The Tribune also obtained a page from a St. James church bulletin calling vaccines "an experimental use of a genetic altering substance that modifies your body — your temple of the Holy Spirit." The bulletin goes on to warn readers that it's "diabolical" for anyone to shame or compel someone into getting a shot and making "you nothing other than a guinea pig."

The Tribune noted that another video of a Palm Sunday Mass earlier this year shows Altman railing about COVID-19 protocols, calling them "godless" and "Nazi-esque controls."

"Let us be clear, God damns every single one of those godless moves, whether it be in civil government or worse, in the complicity of many of in the church," he said. "The lowest, hottest levels [of hell] are the final burning place for those shepherds who were complicity in the godless restrictions."

Altman came under fire last fall for calling Democrats godless and warning they would go to hell if they don't repent.

The Tribune could not reach Altman for comment. A call from The Associated Press on April 26 to Altman's extension at the church was met with an automated greeting that would not allow a message. He did not immediately return a message left with a receptionist.

Diocese officials said they continue to work privately on issues surrounding Altman. The diocese said in a statement that the diocese's leader, Bishop William Callahan, understands times are difficult but that doesn't give anyone permission to use a religious post as a "tool of condemnation."