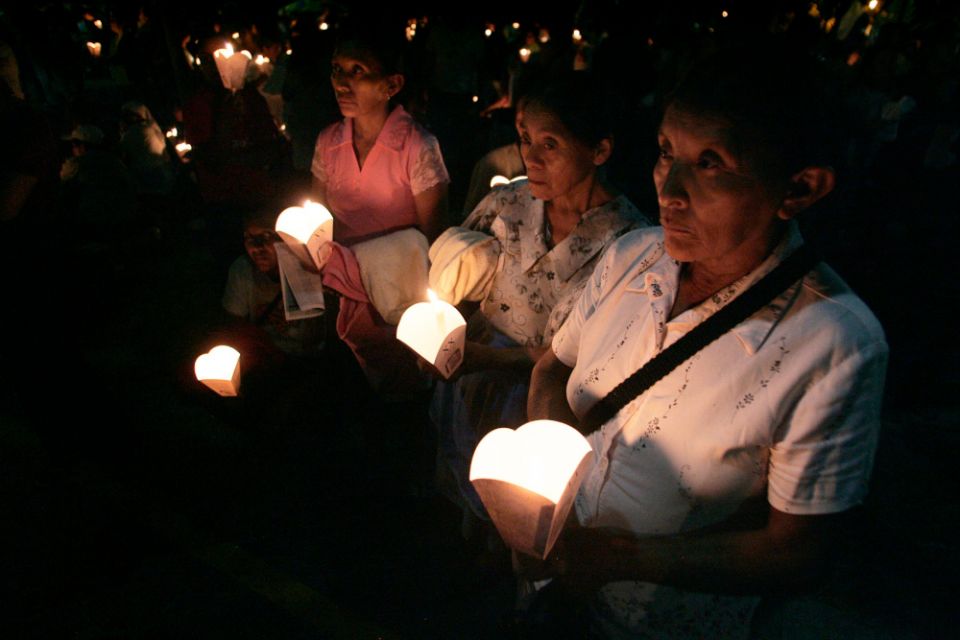 A former military commander accused of killing six Jesuits and two women working with the Society of Jesus during El Salvador's civil war went on trial June 8 in Spain, offering hopes of justice for crimes that have wallowed in impunity for more than three decades.

Inocente Orlando Montano, a former colonel in the Salvadoran army and former deputy defense minister, appeared in a Spanish courtroom wearing a health mask and seated in a wheelchair to face charges of murder and a sentence of up to 150 years in prison, if convicted.

Prosecutors allege Montano, 76, participated in "the decision, design or execution of the killings" in 1989. It's believed the attack was carried out to scuttle possible peace talks between the U.S.-backed government forces and the leftist the Farabundo Marti National Liberation Front.

Spain pursued the case of the slain Jesuits as five of the victims were Spanish citizens. The country also has a " universal jurisdiction law," which allows it to assert jurisdiction for especially heinous crimes.

The priests were pulled from their residence on the campus of the Jesuit-run Central American University in San Salvador Nov. 16, 1989, and murdered by soldiers.

The attack on the priests was carried out under the pretext of searching for leftist rebels. A rifle taken from the rebels was used in the murders in an attempt to pin the crime on others.

Julia Elba Ramos, a housekeeper, and her teenage daughter, Celina, also were shot dead on the university campus.

The murders of the Jesuits generated international outrage and highlighted the horrors of a 12-year conflict pitting right-wing death squads against leftist rebels.

The conflict was rife with atrocities — including the murder of St. Oscar Romero as he celebrated Mass in 1980 and four U.S. churchwomen — and forced thousands to flee the Central American country. A 1993 U.N. truth commission said 75,000 people died in the war.

The commission, formed the year after a peace accord was signed, found Montano had attended two meetings in which the attack was planned, according to The Guardian newspaper. Two other officers were convicted in El Salvador and served short sentences, but were not considered masterminds of the slayings.

Montano lived 16 years in the United States until he was extradited to Spain in 2017.

Montano was expected to speak in his defense June 10 and the trial is scheduled to end July 16. Montano has maintained his innocence.

Another suspect in the slayings, former Lt. Yusshy Rene Mendoza, has agreed to assist prosecutors.

Pope: Time is running out to fix economy, protect the Earth, help the poor

Prayer is a 'fight' with God, pope says at audience